trending celebrity people lifestyle news animals
Animal Cruelty Could Soon Be A Federal Felony, With 7 Years Of Jail Time And A Big Fine

Animal Cruelty Could Soon Be A Federal Felony, With 7 Years Of Jail Time And A Big Fine

If the Preventing Animal Cruelty and Torture (PACT) Act is passed, those convicted under it could face a prison sentence of 7 years apart from being charged with felony. 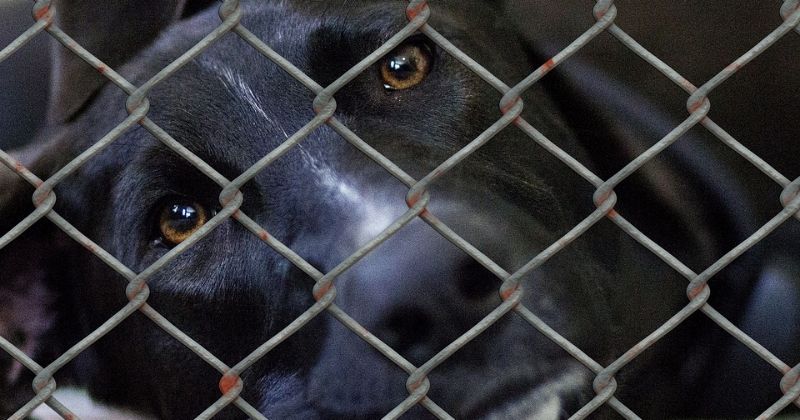 Two Florida lawmakers have re-introduced a bill that makes animal cruelty a felony. Many animal lovers and activists are hoping the bill gets passed and were thrilled with the announcement. U.S. Representatives Vern Buchanan, R-Longboat Key, and Ted Deutch, D-Boca Raton are the individuals behind resurrecting the "Preventing Animal Cruelty and Torture (PACT) Act”. If passed, the bill will render the atrocities often depicted in "animal crush videos" illegal. These troubling videos have a significant following which is rather concerning, and encourages those who commit these acts of brutalities against innocent animals for the viewing pleasure of others. In an animal crush video, the faces of the people featured in it are often left out. They proceed to inflict all kinds of horrors upon a defenseless animal, beginning with torture and mutilation, and often ending in a gruesome killing. The internet makes it easy to circulate these inhuman videos.

A proposed bill in #US aims to make #AnimalCruelty a federal felony. https://t.co/dN3Dlw7tbc

In 2010, the Congress passed legislation to prohibit the creation and circulation of these videos, but the torture is still not illegal under federal law. This bill would correct that fault in the system and see that the perpetrators of animal atrocities are appropriately penalized. The PACT Act, if passed would essentially amend the federal criminal code so that it prohibits intentional acts of crushing, burning, drowning, suffocating, impaling or otherwise subjecting animals to serious bodily harm. One found guilty of such acts would have to face federal felony charges, that could come with a 7-year prison sentence and a considerable fine.

LET US KNOW: Should animal cruelty be a felony at the federal level? https://t.co/Lr1Z6niBEz

In a statement, Buchanan said, “The torture of innocent animals is abhorrent and should be punished to the fullest extent of the law. Protecting animals from cruelty is a top priority for me and I look forward to working with Congressman Deutch on this important issue.” The bill has been receiving a lot of support and the legislation has even been endorsed by the National Sheriffs Association and the Fraternal Order of Police. Several national animal welfare groups, including the Humane Society of the United States, are also standing behind the bill, earnestly hoping it comes to pass.

Thank goodness someone is finally getting around to doing right by those who share our world with us.https://t.co/DUYzTCV0c2

Apart from the extreme acts of violence that constitute an 'animal crush video', there are several other acts that are also considered to be animal cruelty. Sadly, a lot of people who have chanced upon animal cruelty remain unaware of how they can help and that legal action can be taken against the perpetrator. In a broad sense, animal cruelty can be classified into two - Neglect and Intentional Cruelty. While neglect may be born out of ignorance and incapability among other things, intentionally causing harm to any living being indicates an inherent sadistic quality.

To fall under the purview of 'Neglect', animal cruelty would have to manifest in areas such as the failure to provide adequate shelter, nourishment, and medical care. These are considered to be some of the most base requirements that determine the welfare of an animal. In these cases, the owner is held responsible and is required to take the necessary steps that would help correct the situation. In such cases where they fail to cooperate, law enforcement authorities can rescue the animal from its negligent owner.

'Intentional Cruelty' not only has a more disturbing ring to it, but also constitutes far more shocking behavior from those guilty of it and often times stems from a deep-rooted behavioral issue. A deliberate act of harm that results in an animal being maimed or otherwise injured constitutes intentional cruelty. It also includes taking the life of an animal. Most of the people who are found guilty of this type of cruelty are arrested but are often not prosecuted to the full extent of the law even if the crimes they have committed against an animal are heinous. At the most, they may be sentenced to a year in jail and slapped with a $1,000 fine.

Proposed Law Would Make Animal Cruelty A Felony Across The US https://t.co/5pg89FJo2f

PACT will hopefully help right many wrongs inflicted on countless animals over the years. Deutch took to Twitter to reassure all those who are hoping to see the bill passed, writing: "We will get this done. It's bipartisan, common-sense policy that will protect our animals." Meanwhile, Buchanan echoed a similar thought in a post that he shared, writing, "The torture of innocent animals is abhorrent and should be punished to the fullest extent of the law." The legislation does make few allowances though. Hunting, veterinary care and safeguarding one's life and property in the case of a serious threat from an animal will not constitute animal cruelty.

The bill covers “malicious acts of animal cruelty whenever they occur on federal property or affect interstate commerce,” according to The @HumaneSociety. https://t.co/ZimuBcJ6Vs

Many states consider certain acts of animal cruelty a felony, but some penalties are still dismissed as misdemeanors. This is not the first time efforts have been made to change that. In the previous session of Congress, the bill earned 284 bipartisan co-sponsors plus endorsements from over 200 law enforcement establishments. However, former Judiciary Committee Chairman Bob Goodlatte (R-Va.) chose to prevent it from coming to the floor for a vote. This time around chances of the bill getting passed is looking good, as Goodlatte is out of the picture and no longer in Congress.

This is a FEDEERAL BILL! Let's get involved. Let's make sure it is not blocked by Congress like it was in 2010. Make your voices heard by your representatives. Gold star to Florida lawmakers for introducing the bill...It's up to us to make sure it... https://t.co/dAJeDay1Hs