trending celebrity people lifestyle news animals
Teen With Down Syndrome Visits Mom's Grave In Emotional Moment To Tell Her: "I Did It, I Graduated Today"

Teen With Down Syndrome Visits Mom's Grave In Emotional Moment To Tell Her: "I Did It, I Graduated Today"

Paul Marshall Jr. was just nine when suffered this major setback in his life but even this didn't break his positive attitude towards life. 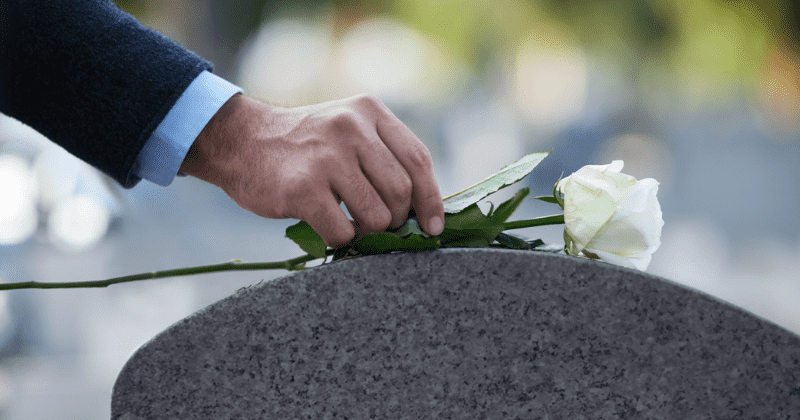 For Paul Marshall Jr., graduating high school was a great feat and he wanted to share the happiness of his achievement with the one he loved the most and that led him to the cemetery. In an emotional moment, that has touched millions, Marshall can be seen sharing the good news with his late mother. "I did it. I graduated today. I know you’d be proud of me and happy," he shared. But there's so much more to the young man's story than meets the eye. For starters, he has had to battle numerous health illnesses right from the time he was born.

"Paul Jr. was born with one functioning kidney and a defective heart," revealed his father Paul Sr. according to KSLA. Marshall was also diagnosed with Down Syndrome. Despite numerous battles with his health, there's one thing that has always helped him get through tough times and it is his contagious love of life. "If you’re having a bad day, or going through something, Paul Jr. is the person you want to be around and talking to that day," shared Paul Sr. fondly of his son. Life hasn't been very fair to Marshall who tragically lost his mother Latonya Marshall to cancer.

Marshall was just nine when suffered this major setback in his life but even this didn't break his positive attitude towards life. "God has my mom," he explained. "And my grandmother will take care of my mom." His father knew that things were not going to be easy with Latonya gone forever but he was determined to give Marshall the best possible life as it was something his wife always wanted. "She always wanted the best for Paul Jr.," he said. Apparantely, her dying wish was to see her son graduate school. "Her last dying words were, ‘I just want to see Paul Jr. graduate,'" recalled Paul Sr.

Unfortunately, she did not live to see that day and died less than a year before the celebratory ceremony. Understanbly the family was stricken with grief and just as they were coping with the loss, the time had come for Marshall to undergo a major heart operation that had been pending for long. Thankfully, the surgery that involved putting in a new heart valve was a success but months later doctors told his family that his sole working kidney needed to be replaced. So his father donated one of his kidneys for his son which was replaced during a 8-hour surgery.

"We’ve learned how to endure," shared Paul Sr., adding that being a part of Marshall's life means accepting the fact that the days in their life can change any moment. "Paul Jr. could be hospitalized for 5 days, and on the 6th day, he’s out and laughing," he said. The boy's stepmother, Lamico, noted that Marshall has helped her grow spiritually. "He’s taught me how to be empathetic, sympathetic, and loved," she said. After so many ups and downs in his life, Marshall was all set to receive his diploma after having officially graduated from Haughton High School. But in the days leading up to the event, he told his dad that there was something very important he needed to do before attending the ceremony.

"A week before he said, I want to go by mom’s grave and take some flowers," recalled Paul Sr. So on the day of the graduation, they arrived at the cemetery before making their way to the football stadium. "Mommy, I’ve got something to say," said the boy in a video that his father captured on his phone. After sharing the good news, he said, "I love you so much" and laid a beautiful bouquet of flowers on her headstone before kissing his hand and placing it on the marker. Hours later he was jumping up and down when his name was called out. "I’m just happy when they called my name," he said, admitting that he was going to miss being a high school student very much. The young man had plans of attending Bossier Parish Community College and we wish him nothing but the best for his future endeavors.