trending celebrity people lifestyle news animals
Mom Kills Her 2 Babies, Tells Dad Their Organs Would Be 'Worth A Lot Of Money'

Mom Kills Her 2 Babies, Tells Dad Their Organs Would Be 'Worth A Lot Of Money'

The authorities also noted that the accused “started talking about the altar spirit world.” 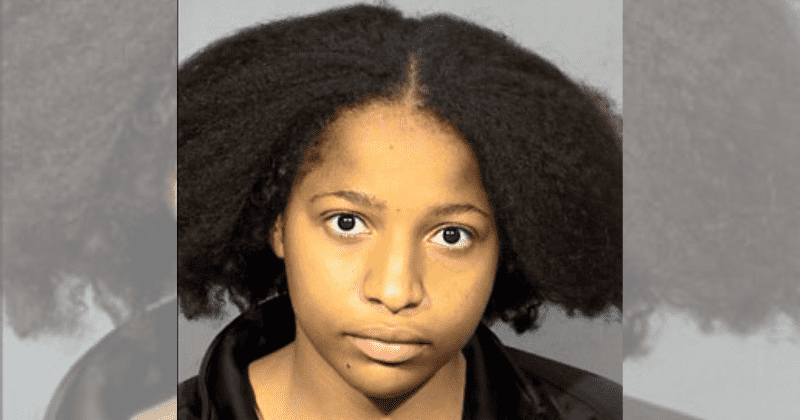 Trigger Warning: The story has details of child murders that readers may find disturbing

A mother in Las Vegas killed her two baby daughters and told their father their organs were "worth a lot of money." Amanda Sharp-Jefferson, 26, was in her apartment with her two children -  Rose Singleton, 2, and her two-month-old sister, Lily - on November 6, the day of the killings. It is believed she killed the two infants by drowning them. Her partner and the father of the children, Jaykwon Singleton was in his grandmother's house with his 6-year-old daughter, Violet. When he came back to the apartment, the next morning he was shocked to find his two younger daughters stacked on top of another in the bassinet placed in the living room. When he tried to inquire why they had been kept that way, he was apparently "shushed" by Sharp Jefferson. Singleton finally called 911 when he realized his daughters were unresponsive.

Amanda Sharp-Jefferson, a Las Vegas mom charged with murdering her two young kids, allegedly made comments about the value of their organs, according to an arrest report cited by Fox 5 Vegas https://t.co/VytXcCIhaL

He told the police Sharp-Jefferson “kept shushing him and at one point, made a statement that their organs were worth a lot of money” reports the Las Vegas Review-Journal. The couple had been together since 2018 and had not faced any problem until a few weeks before the murder. The police report stated the accused “started talking about the altar spirit world.” When she was confronted about the dead children she told police she had been set up. She even claimed she did not have any children and did not know Singleton. According to KTNV, the police said Sharp-Jefferson displayed bizarre behavior and at one point even described her asking how much the dead children's body parts were worth.

On a call to 911, the father of the children is even heard asking Sharp-Jefferson, "What did you do?" while adding a little later after a moment's silence that "she drowned them." The infants were pronounced dead on the scene. There has been no official confirmation yet as to the cause of heir death. A report from the coroner's office is expected soon. The accused was taken to the Las Vegas police headquarters to be interviewed, and also to prevent any kind of angry reactions against her from family members who were making their way to the apartment. Sharp-Jefferson did not invoke her right to an attorney. According to the police report, she told the cops she found the kids dead when she woke up around 10 a.m. But instead of calling for help, she took a shower and told officers she "likes showers."

UPDATE: Police say the investigation showed the two children were "intentionally injured" by their mother, who was identified today as 26-year-old Amanda Sharp-Jefferson. https://t.co/8EzSohSDHk

When she told the cops she might have been "set-up" for the murder she said she wondered if a stroller in her apartment had been placed by someone who wanted to frame her for the murders. When questioned about what she meant about her kid's body parts, she said she had seen a movie where people made money out of body parts of dead people. She denied taking any kind of intoxicants such as drugs or alcohol. But marijuana was found inside the apartment. Singleton told the cops, he had last been in the apartment on the night before the murder till around 7:30 p.m. and said everything seemed fine. Sharp-Jefferson appeared in court on November 9 and was granted a public defender. A preliminary hearing of her case will take place on November 24.

A bail hearing for Amanda Sharp-Jefferson was continued to Thursday, while a status check has been scheduled for next week. https://t.co/cd8eVk8rTx

A report in News 3 Las Vegas stated that when Sharp-Jefferson started talking about the "spirit-world" she also made allegations at Singleton "that he was cheating with his spirit wife." The police added, "She kept claiming someone must have snuck into her apartment and staged everything inside, except her clothes." According to an Oxygen report, the accused will face two counts of murder. Singleton added, "That day, when I seen them, I died.” He later told a channel, “I still feel dead. I am blank. I’im numb.”