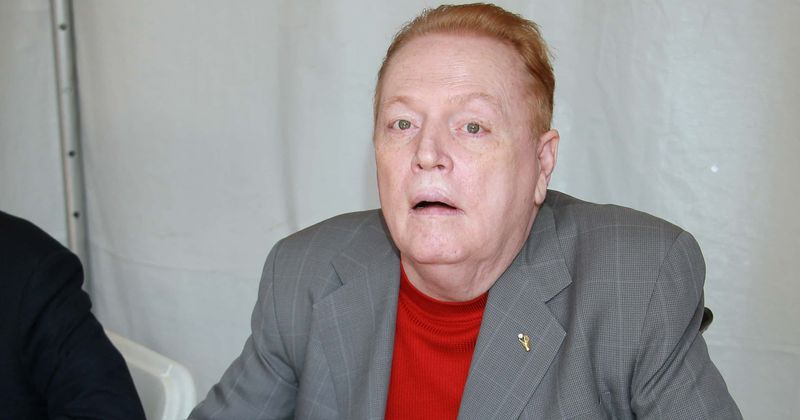 Flynt also saw himself as a champion of free speech and the First Amendment and was embroiled in controversies and court cases almost his whole life. He was even depicted on the big screen where he was played by actor Woody Harelson in the Oliver Stone directed The People vs. Larry Flynt. Flynt was often the subject of revulsion and ridicule from feminists and the more conservative sections of the public and groups, for depictions of women in his publications foremost among them. At its peak during the 70s, the magazine's circulation was over 2 million. One of the most high profile court cases, Flynt was dragged into was in 1983. Hustler featured a satirical ad depicting the televangelist, Jerry Falwell while he boasted of having drunken sex with his mom in an outhouse. Flynt was sued for $45 million.

The case reached the Supreme Court in 1988 where Falwell’s claim was rejected. Not only that, but the court also claimed that offensive speech directed towards “public figures” was a constitutionally protected right. The case was regarded as a landmark and was hailed by free speech and First Amendment champions. Flynt was convicted of organized-crime and obscenity charges in Cincinnati in 1976 and sentenced to seven to 25 years. But the case was later dismissal on appeal. In 1975, Hustler published pictures of a nude Jacqueline Kennedy while on a holiday in Greece. The same pictures were offered to Playboy and Penthouse, who declined to make them public. Speaking about these competitors during an interview, Flynt said, “Playboy and Penthouse were parading their pornography as art, with the airbrushing and the soft lens."

He added, I realized that if we became more explicit, we could get a huge piece of this market. . . . I sensed that raw sex was what men wanted. And I was right." An assassination attempt in 1978, outside a courthouse, left Flynt a paraplegic and a wheelchair user the rest of his life. The shooter was a white supremacist named John Paul Franklin. He said he had a problem with interracial depictions on Hustler. While Franklin was not convicted for the shooting he was executed in 2013, for other murders. Flynt opposed capital punishment handed out to Franklin. Born in 1942 in Magoffin County, Kentucky, things at home were not rosy with an alcoholic father and a teenage mom. He stayed with relatives for a while and dropped out of school when he was 15. He soon joined the army but was discharged seven months later as a supernumerary.

He then joined the Navy where he stayed for five years and received an honorable discharge in 1964. Flynt married five times with three of those marriages taking place when he was just 33 years old. Of all his wives he was probably most fond of Althea Leasure, a go-go dancer at one of his clubs. The two married in 1976 and became not life partners but even business partners who would further expand the empire and changed Hustler. From a black and white publication, it became the iconic magazine we know today. “She was a true soul mate,” he once told a publication when speaking about Althea. In his autobiography, An Unseemly Man — My Life as a Pornographer, Pundit and Social Outcast, Flynt wrote he “wanted to offend everyone on an equal-opportunity basis."