Kimberly Guilfoyle participated in the Tulsa rally, following which a journalist and few members of the Trump campaign had also tested positive. 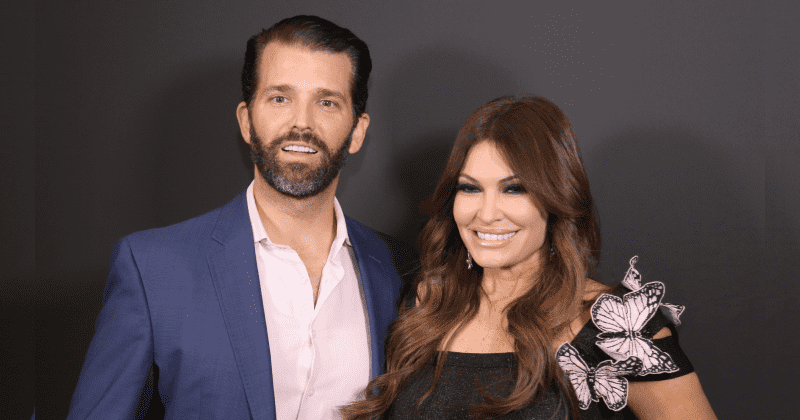 Kimberly Guilfoyle, Donald Trump Jr.'s girlfriend, and a key member of the Trump campaign tested positive for Coronavirus while in South Dakota. She was scheduled to attend the President's event on Friday at Mount Rushmore but backed out on account of contracting the virus.

Trump Jr., 42, hasn't tested positive for the virus. Guilfoyle, 51, is asymptomatic. Sources also confirmed that Guilfoyle and Trump Jr. had not been in direct contact with the President with neither flying on the Air Force One, reported ABC News. Guilfoyle tested positive during a routine check of all the people who come in close contact with the President.

NEW - Kim Guilfoyle, girlfriend of Donald Trump Jr. and a top campaign official, tested positive for coronavirus in SD ahead of attending Mt Rushmore event, according to a person familiar w what happened. She was never was with POTUS, and neither was Don Jr., who tested negative.

As opposed to taking the flight, the couple will be driving home. Guilfoyle is the Trump Victory Finance Committee chair and had spoken at Trump’s June 20 rally in Tulsa, Oklahoma, and in the introductory program ahead of Trump’s remarks in Phoenix, Arizona, on June 23. She is a former Fox News host and is now often seen headlining fundraising events along with Donald Trump Jr.

Not only was the rally at Tulsa, Oklahoma, held at a time the state was recording very high Coronavirus cases, but the Trump campaign also protected themselves from any claims after they demanded attendees of the rally to sign a waiver. The waiver absolves the president’s campaign of any liability from virus-related illnesses. Earlier this week, it came to light that former presidential candidate Herman Cain, who attended the Tulsa rally, had also tested positive for Coronavirus. Not to mention that six Trump campaign members had tested positive for Coronavirus ahead of the very same rally.

Guilfoyle was set to feature at fireworks celebration at Mount Rushmore on the eve of the Fourth Of July, an event which many health experts warned could turn into a "super-spreader" event. The event also violates the CDC's recommendations to avoid spreading the coronavirus. It's no surprise that South Dakota Governor Kristi Noem, a Republican, is ready to flout the health agency's guidelines to combat a health crisis. Many Republicans have been mimicking Donald Trump's disdain for safety measures including wearing masks.

"We told those folks that have concerns that they can stay home, but those who want to come and join us, we'll be giving out free face masks, if they choose to wear one. But we won't be social distancing. We're asking them to come, be ready to celebrate, to enjoy the freedoms and the liberties that we have in this country," said Noem on Monday.

America has crossed the 130,000-mark in terms of Coronavirus deaths.

Here’s Kim Guilfoyle speaking at an indoor event in South Dakota, no masks in sight, that was also attended by Kristi Noem the day before it was announced Guilfoyle tested positive for Covid (video from Facebook) pic.twitter.com/UGafeRak2s

Diseases expert Dr. Anthony Fauci warned this week that the situation was getting worse in America and stated that the country could touch more than 100,000 new cases a day. "I can't make an accurate prediction, but it is going to be very disturbing, I will guarantee you that," he told Senator Elizabeth Warren, reported BBC. "We can't just focus on those areas that are having the surge. It puts the entire country at risk."