The 40-year-old business mogul has been studying to become a lawyer but has hit a bump on the road. 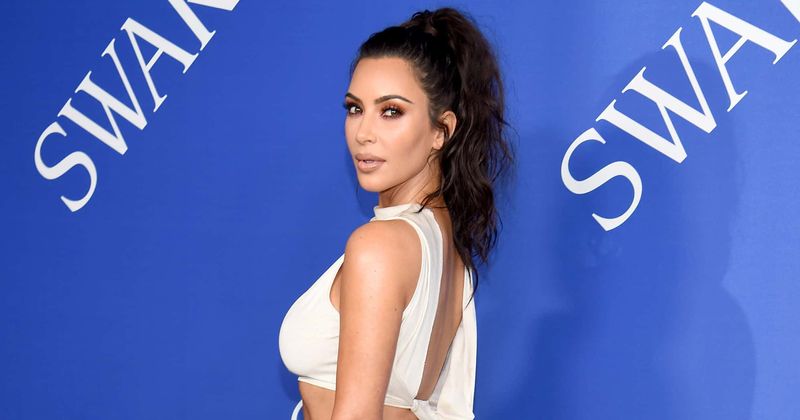 On an upcoming episode of Keeping Up with the Kardashians, Kim, 40, revealed that she did not pass the baby bar exam. The reality star had begun a four-year apprenticeship with a firm in San Francisco, with the goal of taking the bar in 2022. Kim told Vogue in 2019 that she was studying to become a lawyer. Her father Robert was an attorney and more famously a member of O. J. Simpson’s defense team. “On the weekends they used our home as an office, with Johnnie Cochran and Bob Shapiro,” Kim said. “My dad had a library, and when you pushed on this wall there was this whole hidden closet room, with all of his O.J. evidence books. On weekends I would always snoop and look through. I was really nosy about the forensics.” Her sisters pointed out that Kim always had an interest in law and when she was young, she was obsessed with court TV shows, as well as true-crime programming.

Miss you so much! You would be so proud of The Robert G Kardashian Esophageal Center at @ucla. I have seen how so far in such a short period of time that we have helped so many and i am grateful to all of the amazing staff and doctors! pic.twitter.com/ypTSm9GxDh

But it looks like the beauty icon has hit a bump on her journey to become a lawyer.  "I did not pass the baby bar," she told sister Kourtney Kardashian and Khloé Kardashian in the clip for the upcoming episode on the show. The baby bar is required in order to be given the okay to continue for three more years of study. Kim required a score of 560 to pass the exam but received a 474. According to PEOPLE, California offers a way to passing the bar without attending law school by "reading the law," or apprenticing with a practicing lawyer or judge. "If you do law school the way that I'm doing it, it is a four-year program instead of your typical three-year program," she explained in the clip. "After year one, you have to take the baby bar. This one actually is harder, I hear, than the official bar. I am a failure," she added. "To not pass gets your spirits down. It makes you want to give up." But sisters Kourtney, 41, and Khloé, 36, reminded Kim of how far she's come. "I feel like dad would be really proud of you regardless," Kourtney said. "Just the fact that you're pursuing this." Fans in the comments left positive messages for the star. TymetheInfamous wrote: Awww that sucks! We all know how hard she’s been studying for this! You got this Kim! Sara Sitwat added: The fact that she’s doing this despite already having so much money shows she’s really doing it out of passion to help people

Speaking of the law and the reality star, the mom-of-four is now being sued by her staff.  Former gardeners and maintenance employees who have worked on the reality star's property have filed a lawsuit alleging that she violated a number of California labor laws. According to Los Angeles Times, they allege Kardashian did not pay for overtime, did not allow meal and rest breaks and required a 16-year-old to work more than 48 hours in a week, the maximum allowable hours for an underage summer employee. The complaint reads, “Plaintiffs … were not paid on regular periods, were not given their required meal and rest breaks, were not provided a means to record all their hours, were not paid all their hours, were not reimbursed for employment expenses, were not paid all their overtime wages, and were not paid their wages upon termination of employment.”

A spokesperson for Kardashian told Page Six, “These workers were hired and paid through a third-party vendor hired by Kim to provide ongoing services. Kim is not party to the agreement made between the vendor and their workers, therefore she is not responsible for how the vendor manages their business and the agreements they have made directly with their staff. Kim has never not paid a vendor for their services and hopes that the issue between these workers and the vendor who hired them can be amicably resolved soon.”

No wonder she wanted to become a lawyer lmao