Kanye, who reportedly does not trust his wife at the moment, is presently in his huge Wyoming ranch with a trusted circle of friends. 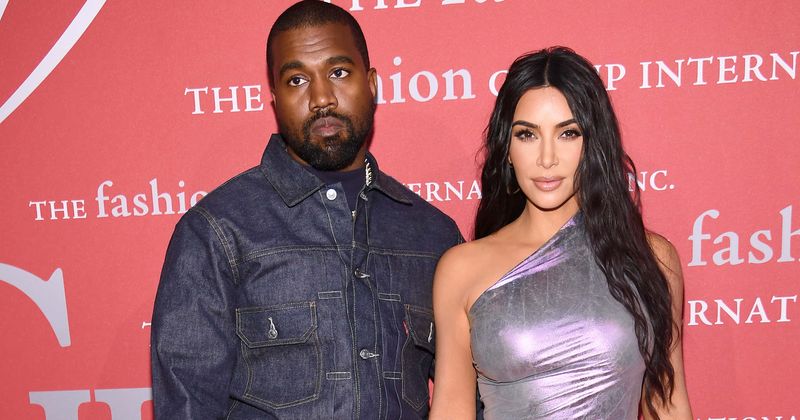 Ever since his first presidential rally in South Carolina on Sunday, Kanye West has been going through a very public meltdown. In the rally that set off concerns about his mental health, he tearily announced, to general shock, about how he was on the verge of aborting his first child with his wife, Kim Kardashian West. Then earlier this week, in a series of very alarming tweets, he targeted his wife and her mother, Kris Jenner for trying to get a doctor to "lock him up."

While Kim tries to show a brave face in support of her husband, a family insider who spoke to The Sun has said she is "furious" at the revelations of extremely private matters and is “living through the worst nightmare of her life right now.” The insider added, “She’s furious about how this will affect their kids, and feels incredibly sad for North."

Kim Kardashian Is 'Furious' at Kanye West for Talking About North at Campaign Rally: Source​ https://t.co/hQBqJ4TMN6

Kanye is presently in his huge Wyoming ranch and apparently "holed up" in a "secure bunker", another insider revealed. "Kanye has a compound at the ranch in Wyoming. He’s had a lot of building work going on there and a lot of it is geared towards security. There’s an underground bunker, a panic room originally built for the family to go to in an emergency, stocked up with food. Kanye’s surrounded himself with a small group of people he trusts, and he doesn’t trust Kim or her family," the person said.

"He changed his Twitter and social media passwords last week to lock everyone out. He’s very paranoid and is convinced that he needs ‘protection’ from Kim and Kris - even though they’re only trying to help him," the person added.

THANK YOU DAVE FOR HOPPING ON A JET TO COME SEE ME DOING WELL DAVE YOU ARE A GOD SEND AND A TRUE FRIEND ALL LOVE 🕊 pic.twitter.com/ddLA0E9eLK

The person went on, according to The Sun report, "For Kanye to bring that up, to say it in public without giving her the chance to add context or explain what was going on, is such a betrayal for her." According to that source, Kim also said she was worried Kanye may do something stupid. “She’s also terrified for Kanye and his safety. Normally Kanye is so private that he won’t let the reality show cameras film in their house and has a long list of rules around filming their children, so for him to say something so private so publicly, something is very wrong. Originally Kim was happy that Kanye chose to go to Wyoming as he’s always calmer when he’s there. Now she’s regretting it.”

During his rally at Charleston, he rambled on a number of topics such as corporate power, religion, and others. The event, however, reached a crescendo when he spoke about abortion, reports The Guardian.  Kanye got extremely emotional when he spoke on the matter and said god intervened when his wife refused to terminate the pregnancy.  He went on to say, "So even if my wife were to divorce me after this speech, she brought North into the world when I didn’t want to. She stood up and she protected that child.”

Following the rally, Kanye posted a series of now-deleted tweets of a possible tiff with his wife and her family, according to  The Hollywood Reporter.  "I put my life on my God that Norths mom would never photograph her doing playboy and that’s on God I’m at the ranch ... come and get me," he wrote in an apparent reference to Kim's Playboy spread back in 2009.  In another tweet, he continued, "I love my wife My family must live next to me It’s not up to E or NBC anymore."

Kanye West goes on Twitter and calls out his wife Kim Kardashian, Kris Jenner, Drake, Shia, and Anna Wintour. Says the movie “Get Out” is about him👀😳 pic.twitter.com/nHVVcd1jMu

Kim also put out a message on Wednesday on her Instagram stories where she wrote: "I understand Kanye is subject to criticism because he is a public figure and his actions at times can cause strong opinions and emotions. He is a brilliant but complicated person who on top of the pressures of being an artist and a black man, who experienced the painful loss of his mother and has to deal with the pressure and isolation that is heightened by his bi-polar disorder. Those who are close with Kanye know his heart and understand his words some times do not align with his intentions."