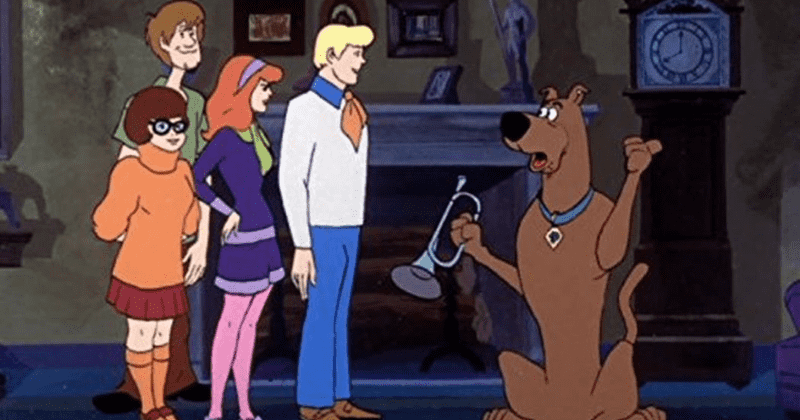 Ken Spears, the co-creator of the Scooby-Doo animated series and the co-founder of Ruby-Spears Productions, died at the age of 82 on Friday. The news was confirmed by Spears' son, Kevin Spears to Variety. He died of health complications related to Lewy body Dementia. Issuing a statement to the outlet, Kevin said: "Ken will forever be remembered for his wit, his story-telling, his loyalty to family, and his strong work ethic. Ken has not only made a lasting impression on his family, but he has touched the lives of many as co-creator of ‘Scooby-Doo.’ Ken has been a role model for us throughout his life and he will continue to live on in our hearts.”

Charles Kenneth Spears was born on March 12, 1938, and grew up for the most part in Los Angeles, California, where he made acquaintance with William Hanna before being hired into the Hanna-Barbera Productions in 1959 as a sound editor. During his stint at Hanna's company, Spears met and befriended Joe Ruby, which paved the way for a successful writing partnership. The duo wrote plenty of teleplays for Hanna-Barbera, Sid and Marty Kroft Television Productions, and DePatie-Freleng Enterprises. Along the way, the two created several hit animated shows like Scooby-Doo, Where Are You!, Dynomutt, and Jabberjaw for Hanna-Barbera while also creating The Barkleys and The Houndcats for DePatie-Freleng.

In the 70s, Spears and Ruby were hired to CBS by then President of Children's Programming Fred Silverman to supervise the network's Saturday morning cartoons. When Silverman left to join ABC, they followed. Spears also served as a story consultant for the 1974 series Planet of the Apes. Later in 1977, Spears and Ruby started their own studio where they produced several animated series including Superman, Fangface, Alvin and the Chipmunks, Mister T, Thundarr The Barbarian. In 1981, Ruby-Spears Productions was purchased by Taft Entertainment, the parent company of Hanna-Barbera. Ruby-Spears’ catalog was sold, along with that of Hanna-Barbera, to Turner Broadcasting in 1991.

I just found out that Ken Spears passed away today at the age of 80. Along with his late partner Joe Ruby, he went on to work on some of the most iconic cartoons ever including creating Scooby-Doo. Both Ruby and Spears will seriously be missed. pic.twitter.com/abHZkBBI11

Sam Register, president of Warner Bros. Animation and Cartoon Network Studios issued a statement and said the company is distraught by the death of an icon. "Warner Bros. Animation is saddened to learn of the passing of Ken Spears and we send our warmest thoughts to his loved ones. He was a true innovator in the industry whose gifts of humor and storytelling continue to delight audiences. You cannot find a screen in the world that has not played a version of Scooby-Doo. We continue to be inspired by his work at Warner Bros. Animation and are honored to carry on the legacy of his beloved characters." Spears is survived by his two sons, Kevin and Chris; their wives, his five grandchildren, and his three great-grandchildren.

That's both the creators of Scooby and a ton of other cartoons gone within the same year. https://t.co/jAFkHiJUwO

Fans were dejected by the loss of the icon whose shows were a mainstay in several generations growing up. Jimmy Ramos added: "No well I'm really sad. This guy who created Scooby-Doo but now he's gone I will never forget just want to say thank you to him for making creating Scooby-Doo and I'll keep watching in Scooby-Doo rest in peace RIP."  Chiccen_Tendies wrote: "Awwwwww wtf?! Why are we losing all of the best people this year like come on!!!! R.I.P Ken; whenever I eat those Scooby Snack shaped graham crackers I'll always remember you." CMCGreevy5 wrote: "This guy helped create something that kept me entertained for so much of my childhood. This is really sad but seriously what a legacy to leave behind." Grey Hiatt wrote: "RIP Ken Spears. Thank you for creating Scooby-Doo that was one of me and my father's favorite cartoons of all time."

Just a few months after we lost Joe Ruby, the other half of Ruby-Spears and the other creator of Scooby-Doo, Ken Spears also left us today. It's unfortunate, yet fitting that these two legends stick together in both life and death. pic.twitter.com/nw0mjg0mbP