Kelly Preston, Actor And Wife of John Travolta, Dies At 57

She passed away after a two-year battle with the disease. She is survived by her husband John Travolta and their children: daughter Ella, 20, and 9-year-old son Benjamin. 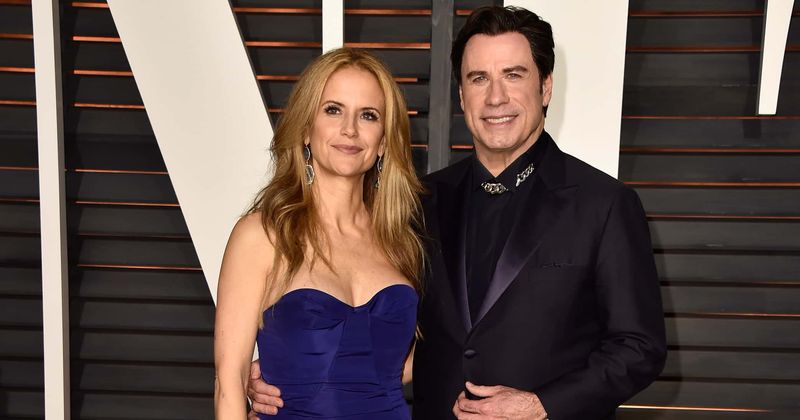 Kelly Preston, actor, and wife of John Travolta for over 28 years, who appeared in movies such as Jerry Maguire and Gotti, has died from breast cancer. She battled the disease for two years. The late 57-year-old was mother to daughter Ella, 20, and 9-year-old son Benjamin. Their son Jett had tragically died at age 16 in January 2009. Heartbreakingly, another tragedy has now struck the family."On the morning of July 12, 2020, Kelly Preston, adored wife, and mother, passed away following a two-year battle with breast cancer," a family representative told PEOPLE exclusively."Choosing to keep her fight private, she had been undergoing medical treatment for some time, supported by her closest family and friends," the family rep shared. "She was a bright, beautiful, and loving soul who cared deeply about others and who brought life to everything she touched. Her family asks for your understanding of their need for privacy at this time."

The family, too, paid tribute to honor Kelly Preston as someone who touched their lives in many ways. Daughter Ella wrote on Instagram: I have never met anyone as courageous, strong, beautiful and loving as you. Anyone who is lucky enough to have known you or to have ever been in your presence will agree that you have a glow and a light that never ceases to shine and that makes anyone around you feel instantly happy. Thank you for being there for me no matter what. Thank you for your love. Thank you for your help and thank you for making this world a better place. You have made life so beautiful and I know you will continue to do so always. I love you so much mama.

Husband Travolta also honored his late wife, writing: It is with a very heavy heart that I inform you that my beautiful wife Kelly has lost her two-year battle with breast cancer. She fought a courageous fight with the love and support of so many.  My family and I will forever be grateful to her doctors and nurses at MD Anderson Cancer Center, all the medical centers that have helped, as well as her many friends and loved ones who have been by her side. Kelly’s love and life will always be remembered. I will be taking some time to be there for my children who have lost their mother, so forgive me in advance if you don’t hear from us for a while.  But please know that I will feel your outpouring of love in the weeks and months ahead as we heal. All my love, JT

Preston essayed a number of roles in multiple films such as SpaceCamp (1986), Twins (1988), Jerry Maguire (1996), and For Love of the Game (1999).  Her last role was in the 2018 film Gotti where she played Victoria Gotti, the wife of Mafia boss John Gotti, played by real-life husband Travolta himself. Friends and fans took to Twitter to express their condolences. mariashriver wrote: Shocked by this sad news. Kelly was such a bright loving soul, a talented actress, and a loving mom and wife. My heart breaks for her family who have already known such sadness and grief. Join me in sending them love and strength. #RIP #KellyPreston. CourtneyyBeyer tweeted: Another reason 2020 is the worst. Rest in peace #kellypreston Hold your loved ones close and cherish every moment. This year is really showing me how precious every second is.

Jerry Maguire would not have been the movie it was without Kelly Preston making that small role have major impact, and I love her so much in What a Girl Wants. She’s gone far too soon. pic.twitter.com/9SvwM0Hblj

John Travolta and Kelly Preston tied the knot in 1991. Back in June 2018, according to PEOPLE, Preston spoke about how she fell for Travolta while being married to actor Kevin Gage. "I was not that happily married, let’s put it that way," she said. "I was really with the wrong person," she told Andy Cohen during Watch What Happens Live! When the host asked her what was the best and worst part of being married to Travolta, she gushed, "There are too many best things... His lips, dancing, fun, laughing. [We dance] all the time, all the time. The kids dance with us, we go out dancing. We love it."

The couple had already been through difficult times before. They lost their son Jett who was just 16. In January 2009, Jett died from a seizure during a family holiday in the Bahamas. The teen had hit his head in a bathtub. That loss is still as tragic to actor John Travolta even today. As we reported earlier, a paramedic named Tarino Lightbourn shared what he saw when Travolta was in the finals moments of his son's life.  The paramedic who rushed the 16-year-old to the hospital witnessed how Travolta broke down when they told him his son had died. He said, "John went behind the hospital curtain, tears in his eyes. I could see the sorrow. I could see the love in his eyes for his son. When he was hugging his son he said, 'I'm sorry, Jett.' I think he meant, 'I'm sorry Jett, I did all I could do.'" The paramedic said that he arrived at the family's holiday home to find a heartbroken Travolta. "He was crying, his eyes were red. I remember him looking up at the ceiling and saying, 'God, please help me,'" recalled Lightbourn, according to IOL.

Last September, Travolta, and Preston celebrated their 28th wedding anniversary with a romantic dinner also sharing tributes to each other on social media. Preston's last Instagram post was a family selfie to celebrate Father's Day in June. She captioned the picture: Happy Father’s Day to the best one I know, we love you.

We hope the family finds the strength to go through this tragic time.