The singer-songwriter did not say her final goodbyes to her father even on his deathbed. 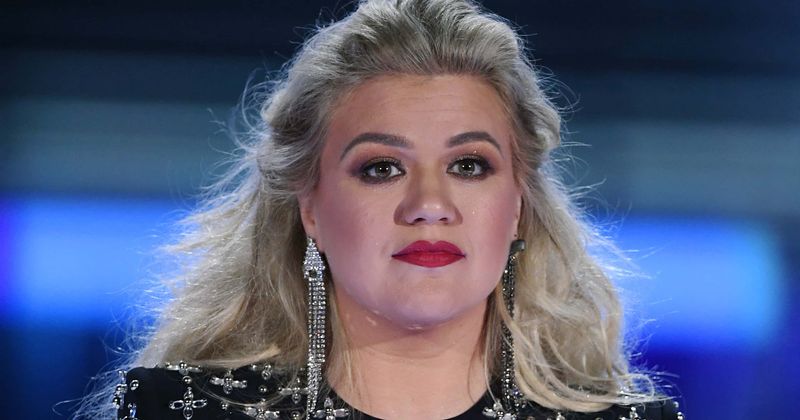 For many girls, their fathers are their first (and sometimes last) superheroes. Every girl dreams of receiving lifelong love and support from the first man in their lives. However, as with most other things, not everyone is lucky enough to have that opportunity. Many kids suffer childhood trauma at the hands of their parents and it sometimes takes a lot for them to heal from it. Kelly Clarkson, singer-songwriter and talk show host, had opened up about her journey in a way that further cements her character as a strong woman.

When Clarkson was just six years old, her father Stephen Michael walked out of her life following his divorce from her mother. The little girl, oblivious of her future success, grew up and lived with her mother and older brother, Jason. Eventually, she became part of a larger, complete family when her mother re-married. But little Clarkson was looking for something beyond a new family. She wanted her father's life. In high hopes that she would receive it by reaching out to him even after he walked away from them, the little girl contacted Stephen again. But it was of no use, as Clarkson was faced with rejection, according to Nicki Swift.

As the struggle of coping up with the pain of abandonment kicked in, Clarkson had to turn to a much stronger way to express herself. Naturally, she turned to music and used it as her outlet to do so for the rest of her life. At the age of 16, she wrote a song "Because of You" which tearfully details the impact that her father's betrayal had on her. "Because of you, I don't know how to let anyone else in. Because of you, I'm ashamed of my life. Because it's empty, Because of you, I am afraid," sang the talented teen. Little did she know that this was just the start of a budding career. It would take years before her life changed in ways the little girl who got rejected would have never dreamed of at the time.

Clarkson became a world-famous singer and made a strong impact in the world of entertainment and music. She may have found success, wealth, and fame but some scars still stuck by. A few years into her success and fame, out of nowhere, her father reached out to her. However, she was yet again hurt to know that it wasn't fatherly affection that made him contact her. "I made something of myself and now you want to come back. But your love isn't free, it has to be earned. Back then I didn't have anything you needed, so I was worthless," sang the singer in her song, Piece By Piece, alluding to her father.

The singer had been brave though. She was never afraid to express herself through her music. Clarkson also did not shy away from talking about her estranged relationship with her father. She admitted, "I guess you don't realize something is missing until you feel it. I can't imagine walking away from my little girl. I can't imagine not having that love anymore. I didn't know it was missing because I never had it," according to Huffington Post.  "I feel like, in the public eye, people perceive you being gone for four years," she also mentioned. "Honestly, I've been working the whole time. Nothing has really changed. I still have the same busy schedule, I still have been doing the same stuff."

Kelly Clarkson on absentee father: 'It's hard to miss something you never had' https://t.co/4VIdt2m8gf pic.twitter.com/kU4fp6fRFm

That being said, the three-time Grammy winner has learned a lot from her experiences. She wisely stated that some people may never learn to love or appreciate you and that you have the right to cut ties with them. She explained, "You’re like, I shouldn’t have to work this hard for someone’s love. Like, that’s a little ridiculous And at that point, too, you grow up so much to where you go, okay, I don’t even think you’re capable," according to Today. She added, "Even if it’s not your father, whoever it is in your life, if someone presents such a cancerous environment and then just keeps hurting you, and even if they’re doing it inadvertently and they just don’t know better, you should just not have that person in your life. And it’s OK. That’s not a hateful situation. You go your own way."

Happy Father's Day @BBlackstock 😊 #PieceByPiece Thnx 4 being such a great dad 2 all 4 of our kiddos! #sexydaddyalert pic.twitter.com/oKczvFIhS5