The pair were married for nearly 7 years and share two children. 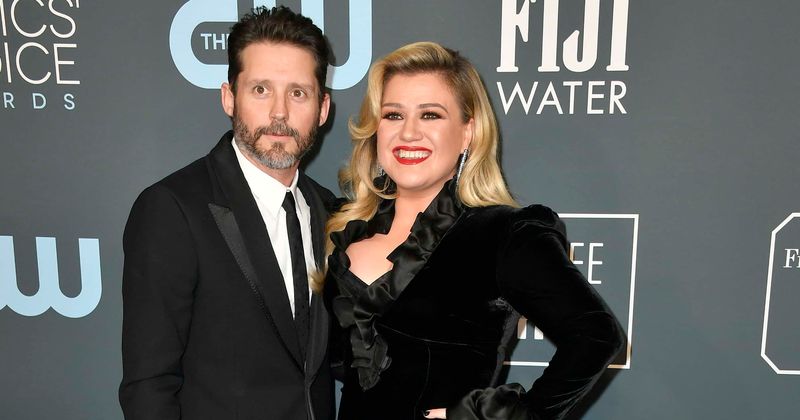 American Idol Kelly Clarkson, who married Brandon Blackstock in October 2013, has filed for divorce in Los Angeles on June 4, according to documents obtained by PEOPLE. The news was first reported by The Blast. The couple is parents to daughter River Rose, 6 and son Remington Alexander, 4. Blackstock, 43, is also father to son Seth, 13, and daughter Savannah, 18, from a previous marriage. The host of The Kelly Clarkson Show met the music manager at a rehearsal for the Academy of Country Music Awards in 2006 and got engaged six years later in 2012. As of now, documents marked the couple's separation date as "TBD."

@kellyclarkson has filed for divorce from hubby Brandon Blackstock.

Blackstock and Kelly have been married for seven years since 2013.

She is requesting joint legal and physical custody of the children. 😦#tukonews #fridaymorning #KellyClarkson https://t.co/Yzkend8wSN

Just recently we reported that the 38-year-old singer claimed that she and her (soon to be ex) husband had sex every night.  Singer Brynn Cartelli asked her what was the last thing that she did before going to bed every night, to which Kelly Clarkson started off by saying, " Well, Brynn. I was single for many years." She then added that she did "what people do to make children" before going to bed. "It's generally what I did before bed. That’s not a lie." She went on to add that what they did as a couple "was not weird, it's natural." In an earlier interview with Redbook magazine, Clarkson also brought up the couple's sex life. “Any time we’re in a discussion about sex with a bunch of couples, Brandon and I stay pretty quiet. To keep it family appropriate, let’s say we’re just a lot more active than other couples. I’m a person who loves change. He loves spontaneity. Having a set time or place [to have sex] would be boring to us," said she. Clarkson also claimed that she found in Blackstock something that she had never experienced before, "When I met Brandon, I wasn’t looking for a friend. I have a lot of great friends! I was looking for a lover. I had never found someone I was truly passionate about, who I wanted to stay in bed with all day.”

Clarkson also said during a 2017 SiriusXM interview, as per PEOPLE, "This isn't a downer to anybody I dated before him, but I’m just going to be real: I never felt like, honestly, sexually attracted to anybody before him,"  "And I'm not downing my exes, you know, everybody’s different. But there was something about him." Clarkson added, "I honestly thought I was asexual — I’d never been turned on like that in my whole life. I was like, ‘Oh that’s that feeling … ok'."

This is probably why close friends are just as stunned by the news. A source told E! News that the longtime couple's inner circle is shocked. "It came out of nowhere," one insider shared. "It's all so sad for the kids. They were always such a loving family. It never seemed like they had any issues." A second source close to Kelly's daytime show explained, "Brandon was around all the time on almost all show days and they were very loving towards one another. They drove home from set together every night."

However, it is interesting timing considering the duo recently put their family home on the market. Clarkson listed her Los Angeles home, where her family had been living after relocating from Tennessee, for $10 million last month. However, an online listing for the property says it's since been "withdrawn." Their family had been living full-time at their home in L.A. after they relocated from Tennessee so Clarkson can film her NBC daytime program. The talk show host is yet to publicly break her silence on the split. Most recently in late April, Blackstock and their children made a special video for The Voice coach on her 38th birthday. "Happy birthday baby. I love you more than you'll ever know," Blackstock said in the video, which also starred sons Remy and Seth, as well as daughter River.