Some of these vintage coins contain printing mistakes, omissions, and some simply have beautiful designs. 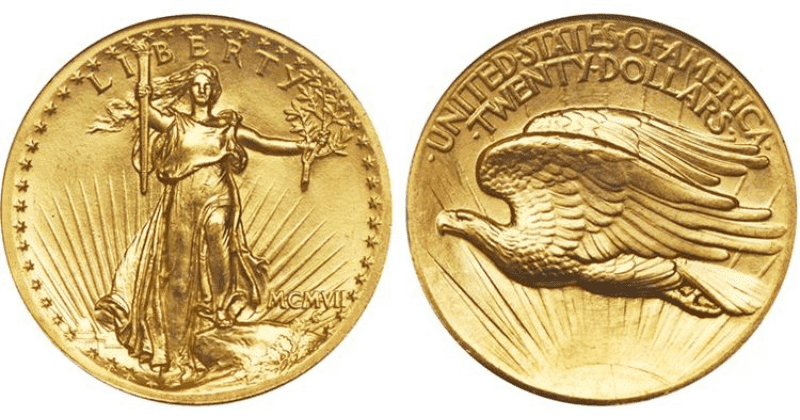 Haven't we all dreamed of going on our own treasure hunt and finding a pot of gold? Well, for the most of us, that's never going to come true and we may just have to make peace with the rigors of the 9-5 job but there's a good chance we could still stumble upon a treasure in our very own pockets and wallets. There are some vintage rare coins that are out there that are worth millions. So instead of dreaming of a treasure island or hijacking a pirate ship to find the cursed gold of Cortes, you might as well start looking inside your own homes. Empty out your drawers and wallets, lift the couch and maybe check under your car seat and see if you can spot any of the following 15 coins, it could be your very own treasure.

The 1894-S Barber dime is one of the rarest coin to exist and it is believed only nine dimes exist currently. They're worth millions of dollars with one coin collector shelling out as much as $2million for one of these coins in 2016. So maybe look a little extra harder around the house.

The Liberty head, Shield, and the Buffalo nickel are each worth at least a few thousand dollars. If you own a vintage coin from the 19th or 20th century, take them out to a coin appraiser to find out what they are worth and always get a second opinion. Just to be sure.

An original 1943 Lincoln head copper penny can be worth up to $10,000. In the 1940s, the US Mint made pennies out of steel before coating them with zinc, except for a few special coins that were made out of copper and it's those that are worth the extra bucks.

You might be thinking the image of the Lincoln coin looks a little blurred but these coins do actually look like that. Thanks to an alignment problem during the minting process, a few thousands of "double image" Lincoln coins came about and was mostly used as change for cigarette vending machines. So keep an eye out for a Lincoln coin that looks "blurred." A decent blurred Lincoln coin can fetch up to $1,800.

This 'quarter' dollar can fetch you up to $35,000! Washington 'quarter' dollars with an "S" on the head side, a reference to those made in San Francisco, and with the year 1941 printed above the word "Dollar" on the tail side of the coin can fetch you a fortune. The last such quarter was went for $35,000 at an auction.

There are known to be only 15 of the 1992 Lincoln pennies in which the "AM" in America is closer than it should be. This unique fault makes it rare and precious. The penny was sold for more than $20,000 at an auction in 2012.

The Badger state minted millions of quarters in 2004, but a few thousand were printed with an extra leaf on a husk of corn and naturally, these were hard to come by and became a collector's item. The coin sold for $1,400 recently.

It's not every day you see a coin that says "In God we rust." The minted coins were the result of an accident due to build-up in the coin dye for the letter T. Considering it's an error on the official motto of the United States, the coin is in high demand and can be worth hundreds of dollars.

A rare set of coins from 2015 make it look like a buffalo was stabbed by a long spear and each of them could be worth a thousand dollars.

In an apparent mistake, the George Washington dollar coins forgot to print the United States of America motto "In God We Trust" and these 'accidents' are now worth in the range fo hundreds to thousands of dollars.

A set of coins featuring Ben Franklin on the 'head' side and an eagle on the tail side were in circulation in the 1940s. They were then replaced with an image of the John F. Kennedy in 1964, after he was assassinated. Considering they were in circulation for over two decades they are as rare as some of the other coins in this line up but can stil fetch you at least a $100.

All coins have a letter printed on them to indicate where the coins were minted but the Philadelphia Mint made an error and forgot to put a "P" on their Roosevelt dime. Only a small set of such coins were minted and then can fetch you up to $300.

Charles Barber, the U.S. Mint's chief engraver, loved the design of this Saint-Gaudens' coin so much that he omitted the United States motto "In God we trust." The decision caused controversy and Congress made their displeasure known. It has to easily be one of the most beautiful designs on an American coin but the controversy surrounding it made it even more precious and rare. One of these $20 coins can fetch you up to $7 million.

These rare Wheat Pennies from the early 20th century will fetch up to $300.