In case you ever doubted why Reeves is one of the nicest guys in Hollywood, here's another "sweet" fan encounter. 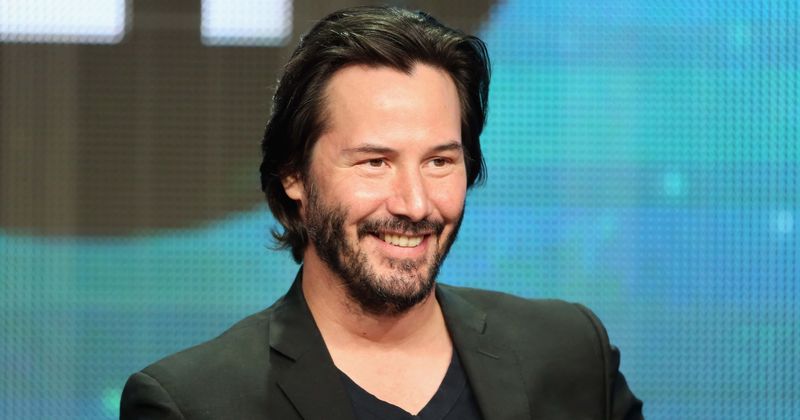 Despite being one of the biggest names in Hollywood,  Keanu Reeves has proved to be one of the kindest, most down-to-earth actors in the movie biz. Sure, Reeves is known for his roles in legendary films like John Wick, Speed, and the Matrix franchise. He's also got a sense of humor, playing a parody version of himself in the 2019 film Always Be My Maybe.

But he's probably best known for being an all-around nice guy. In fact, he's SO nice that Insider has even gone on to list 13 reasons why the actor is the "greatest person ever." He's particularly known for being respectful of his fans, and frequently posing for photos and signing autographs for them. The Matrix actor has also taken it up a notch with random gestures of kindness like giving up his seat on a crowded subway train to secretly donating huge sums of money to children's hospitals. Over the years numerous fans have come forward with heartwarming stories about their unforgettable interactions with the 56-year-old star. Twitter user James Dator recalled meeting the Canadian actor in a series of tweets when the former was just 16 years old and working at a movie theater.

Keanu came to the movie theater I worked at in Sydney in 2001. He was working on the Matrix series at the time. It’s a quiet, Wednesday morning — almost nobody is seeing movies.

Dator noticed a man walking up to him wearing a pair of jeans, teamed with a leather jacket, and a rather weird "equestrian" looking helmet. It took the teen "30 seconds" to realize  who this person was. Only then did he realize that the "dude" was none other than the incredible Keanu Reeves in the flesh. The actor was there to watch another on screen. The John Wick star had come to the movies to watch From Hell starring Johnny Depp, which follows a psychic police detective investigating the murders committed by Jack the Ripper. Dator tweeted: He wants to buy a ticket for 'From Hell,' the Johnny Depp movie. I'm so fu**ing star-struck I do what any sensible 16-year-old does and tell him I'd like to give him my employee discount.  Dator wanted to get the star's autograph, but also did not want to come off as "uncool". So he devised a sneaky way of doing so.  He offered the actor an employee discount which required him to sign his sheet. But this left Reeves utterly confused.  “I don’t work here,” Reeves had said. Dator noted that Reeves was "Seemingly confused by my offer. I’m flustered and just charge him the normal price. Kicking myself after for not getting his autograph."

When someone throws that employee discount at you... pic.twitter.com/Bq6BKEa4u6

Things take a turn two minutes later.   “I realized you probably wanted my autograph,” the actor apparently said. “So I signed this.”  As the actor walked away, Dator noticed that he casually threw an ice cream cone in the trash can before going in to watch the movie. When Dator checked the piece of paper, it was a receipt. He realized that Reeves bought an ice cream just so he could get a piece of paper in the form of a receipt in order to provide a 16-year-old with an autograph!

And this is why Keanu is the bestest human alive. pic.twitter.com/OJpkYv0oXx

Other fans begin sharing their own memorable run-ins with the actor.  tonyflohr shared: Shortly after bill and Ted came out, 8 year old me saw him at Newark airport. Went up to him and asked “are you keanu reeves?” “Yea, I am.” He spoke to my older brother and I for 45 minutes and gave us his number. He was awesome to spend that time with. We called but missed him. Oh78Oh added:  He’s the nicest guy. I met him many years ago. I didn’t want to take a picture because I’m pretty self conscious and he made sure I got one anyway. I’m glad too because I would have regretted it if I hadn’t.

I wanted to say how much I appreciate #KeanuReeves hanging out with my little girl. He's definitely got a new fan! pic.twitter.com/baLYZ4R9Yq

Last year I was in an elevator full of people...and Keanu. He was staring at the ground so no one else realized it was him. After everyone else got off we chatted for a good 5 mins about Bill & Ted, Hardball and, John Wick. Nicest chillest dude on the planet. Keanu4Ever indeed pic.twitter.com/h3NjhWg6Rh