Mom Dies As Daughter Goes Into Labor; Comes Back To Life 45 Minutes Later As Baby Is Born

All of this happened in the same hospital too! 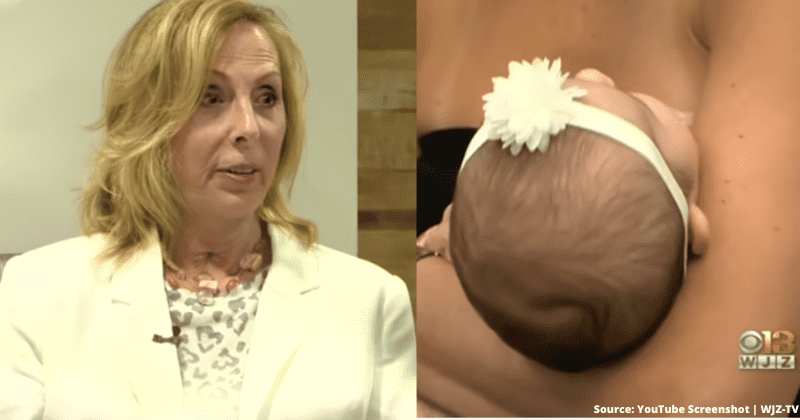 Pregnancies come with many risks for the mother bearing the child, but Stacey Fifer thankfully did not suffer any such complications while bringing her child into this world. Instead, it was her mother and child's grandmother who suffered a massive health crisis. Kathy Patten had been clinically dead for nearly an hour on the 4th of July weekend this year. But doctors were able to miraculously revive her. What's more shocking is that the incident happened in the same hospital where her daughter was birthing her child, reports WJZ-TV.

Hours before Patten's extraordinary revival, things were pretty calm. The grandmother was reportedly enjoying a relaxing round of golf when she received the news about her daughter Fifer going into labor. Understandably, Patten was extremely excited for the birth of her eighth grandchild and she immediately rushed to the Greater Baltimore Medical Center later that day. At that point, Fifer was in the midst of her labor that ended up lasting 39 hours. Shortly after arriving at the facility, the grandmother suffered a debilitating heart attack.

Things weren't looking too good for the grandmother and doctors quickly lost her pulse. Despite this, they continued their efforts to revive her. Meanwhile, Fifer was in the facility's maternity ward situated upstairs totally unaware of her mother's condition. As doctors were tirelessly working to save the Baltimore grandmother in the ER, Fifer learned that her baby was in medical distress as it was stuck in the birth canal. At that point, the safest way to deliver the child was an emergency C-section. As maternity ward doctors prepped the mother for the OR, others were performing CPR on Patten. Specialists worked for 45 minutes to revive the grandmother after she flatlined. As fate would have it, they managed to bring her back.

Patten eventually regained a pulse and her condition stabilized. For her, it was a moment, she'll never forget and always see it as an opportunity or a blessing to live longer a life. "It was a second chance at life," the grandmother told WJZ-TV. "I'm just going to be the best person I can be in every way and I'm grateful for every minute I have." As for her grandchild, it was a little girl named Alora who came into the world just moments after her grandmother did, for the second time. Mother Fifer was extremely grateful for the two miracles her family experienced that day and noted how her child's birth got her mother in the hospital just in time to tackle her health crisis.

"It was just fate that my Mom was supposed to be here," she told the news outlet. "It was ultimately because of Alora that my Mom is here and happened to be at the right place at the right time. She truly is a walking miracle." Dr. Dov Frankel, who treated Patten, told the grandmother that she had taught the medical staff a very important lesson. "You taught us what it means to live," said Dr. Frankel. "You taught us what it means not to give up." Back in 2019, Tracy Hermanstorfer was having her third baby with her husband Mike. She had gotten admitted to the Memorial Hospital in Colorado Springs on Christmas Eve, where a Christmas miracle happened.

Before the day could end, Mike was left devastated thinking he would have to return home alone to his children as he found his wife's body had turned cold. "I opened my hand and her arm just fell out of mine," he said, adding that her heart at stopped. "She was already gone." We reported that Tracy was completely healthy prior to the health crisis but suddenly the blue code had been sounded and doctors began performing a rapid-fire sequence of chest compressions. She remained unresponsive even after 4 minutes and thus doctors decided to perform an emergency c-section, to save the baby's life.

"We call it a four-minute rule," said Martin, the director of maternal-fetal medicine at Memorial Health System. "I knew that if Tracy was not resuscitated by four to five minutes after her heart stopped, [the baby's] chances for brain injury began to increase dramatically." After being rushed into the ER, baby boy Coltyn was born and Tracy took a weak breath of air. Her pulse was there, barely, but still, there. Suddenly it seemed as if she was alive again. "We all stopped and took a breath," said Martin. "We had to make sure she wasn't going to re-arrest." Thankfully, her condition stabilized and so did her son's. Per Dr. Martin, there is no clear medical explanation for their recovery.