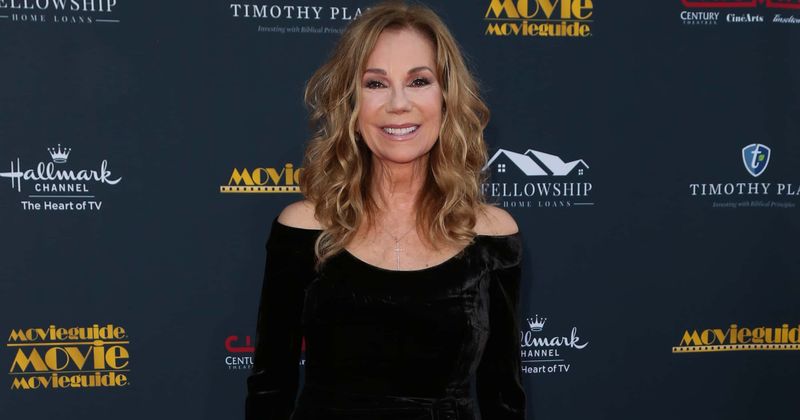 Former Today Show host Kathie Lee Gifford is opening up about her first marriage to composer Paul Johnson from 1976 to 1983. The TV personality who has often been private about her marriage is sharing new details in her recent book, It's Never Too Late. "The truth is, it was only a marriage in the pages of the law," Gifford writes about Johnson in her book. "Though Paul and I were married, we shared only one thing — our faith." According to TODAY, the former couple met in 1973 when she was a student at Oral Roberts University and Johnson was a friend of the university founder's son. A year later, Gifford moved to LA and attended a Bible study at Johnson's home.

In her new memoir, she shared the difficulties she faced during her first marriage. She recalled: "I was a virgin on my wedding night with Paul, and still considered myself one when he left me five years later. It’s hard even now to explain why I stayed so long in a sexless marriage. I certainly would never do it again. But back then divorce had much more of a stigma, and no one in my family was divorced. I believed that God could heal our marriage and prayed every day that He would."

Within a year of the marriage, she moved into the guestroom and remained there till the end of the marriage. “I was excited about starting a life with someone, but he didn’t feel the same way,” she told PEOPLE. “I felt humiliated sleeping in my guestroom. It was so damaging to me on so many levels, damaging for me emotionally as a woman to be rejected after saving myself all those years,” she says. “And then it was so disappointing on a spiritual level, because I had to ask the Lord, ‘How did I get this so wrong anyway?’ I don't even like to call him my husband because he wasn't in the truest sense of the word.” In her book, she wrote: "Before we married, Paul told me that he was a virgin too. We talked about how we wanted to honor God’s Word and present ourselves as a gift to the person we would eventually marry. But after we were married he wanted nothing to do with me. Nothing."

The couple even attended counseling which turned out to be "a disaster" according to Gifford. The counselor believed that Gifford "was the problem," she wrote, and even advised her to "give up" her career "to attend to Paul’s ambition and talent and keep his home neat and organized." "Paul immediately responded, 'No way! I don’t want her waiting around at home for me. I want her to work,'" Gifford wrote. "We sat in silence during the two-hour road trip home, no closer to any sort of breakthrough in our marital issues. Though we had shared the same bed, we had never been truly intimate, and now we’d stopped talking too," she said. "The only time I was joyful was when I could escape the despair of my marriage and lose myself in my work. I was grateful to have something to distract me."

I wrote It’s Never Too Late because I want you to know whatever circumstances we face, God is still dreaming big for our years ahead.

My new book is at Target, so pick it up and let’s make 2021 the best year yet. Like me, I think you’ll discover that the best is yet to come. pic.twitter.com/3BYivC667A

Eventually, Johnson left Gifford—without a warning. One day when she returned home, she found that her house had been trashed and her husband was gone. "I had had no warning. There had been no discussion of a separation. Nothing. In the kitchen I found a short note on the counter that said, 'Maybe now you’ll know that I mean it,' with a phone number in case of emergency. To this day I have no idea what he meant. Nothing in my young life had prepared me for such a shock," Gifford recalled. "He never said a word about why he left me the way he did or why he married me in the first place, and I didn’t ask," she wrote. "I hugged him good night and wished him a happy life. I still do." In a surprising turn of events, Johnson became a marriage and relationship counselor after the two went their separate ways. "You’ve got to love God’s sense of humor," Gifford quipped. When he left her, she admitted she “ was relieved,” Gifford told PEOPLE. “I realized, you know what, we can make all the vows we want in life, but if both people don't want the same thing, it's not going to work out. And I was very hopeful that one day I would find a real love.” Gifford ended up finding real love with Frank Gifford, a football star-turned broadcaster, who was 23 years older than her. The pair wed in 1986 and welcomed son Cody in 1990 and daughter Cassidy in 1993. They stayed married until his death in 2015.