Rumors Of Kanye West Dropping Out Untrue, He Is Still Running For President

The 43-year-old is officially on the ballot in Oklahoma, according to the state's Election Board 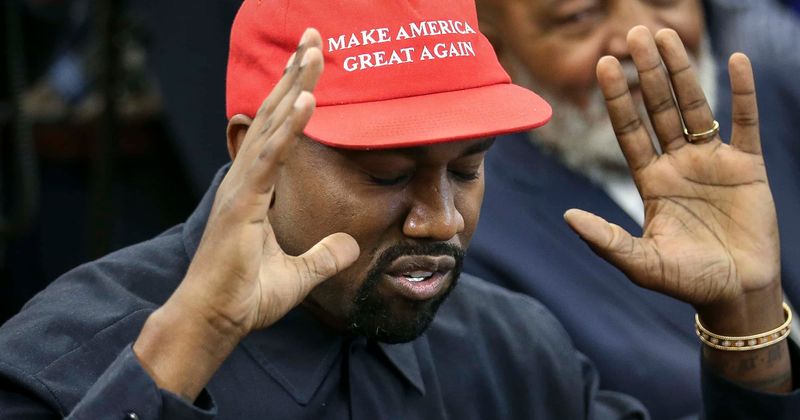 Rumors of rapper Kanye West dropping out 2020 Presidential race have been put to rest. According to TMZ, the 43-year-old is officially on the ballot in Oklahoma, according to the state's Election Board. Previously, New York Magazine reported on Tuesday that election strategist Steve Kramer said he was out of the race. Kramer was one of several campaign staffers reportedly hired to help West get on the ballot in states like Florida and South Carolina. "I have nothing good or bad to say about Kanye. Everyone has their personal decision about why they make decisions. Running for president has to be one of the hardest things for someone to actually contemplate at that level." He told the magazine that West "is out" of the race.

Now I want to see this show.

West has not provided any comment on the matter yet. A national poll on Tuesday said that West would only receive 2 percent of the vote, reports The Hill. So many assumed he would drop out.TMZ reports that the musician has filed the first form ( Statement of Organization ) required by the FEC saying that the Kanye 2020 committee will serve as the "Principal Campaign Committee" with him as its candidate. The party is listed as BDY which the rapper said stands for Birthday Party. Next, he will have to file the second form (Statement of Candidacy) "he's raised or spent more than $5,000 in campaign activity and triggers candidacy status under federal campaign finance law."

if y’all vote for this man..

West, who was at one point, a vocal supporter of Donald Trump, in an interview with Forbes, said he was "taking the red hat off" in terms of being a Trump supporter moving forward. "It looks like one big mess to me," West said. "One of the main reasons I wore the red hat as a protest to the segregation of votes in the Black community. ... Also, other than the fact that I like Trump hotels and the saxophones in the lobby.” He also said that his campaign slogan will be "YES!" His running mate? Michelle Tidball, an obscure preacher from Wyoming. And why the Birthday Party? "Because when we win, it’s everybody’s birthday."

Wife Kim Kardashian-West is reportedly worried that Kanye's presidential run will signal another bipolar episode. A source told PEOPLE, "Kanye has been doing well for a long time. In the past, he has suffered both manic and depressive episodes related to his bipolar disorder. Right now, he is struggling again. Kim is concerned, as well as her whole family. It's super stressful for Kim because Kanye's behavior is very unpredictable. She is worried," the source added. "The episodes usually last for a few weeks and then things go back to normal. Kim hopes it will be the same this time." In his interview with Forbes, he addressed his mental health, saying, "You know I was out there, ended up in the hospital, people were calling me crazy. I'm not crazy."

West previously opened up about his struggle with bipolar disorder on David Letterman's Netflix show, My Next Guest Needs No Introduction. According to CBS News, Letterman asked West, "What is the mechanism that is malfunctioning or is taking a break in your brain, do you know?" "I wouldn't be able to explain that as much just because, you know, I'm not a doctor," West replied. "I can just tell you what I'm feeling at the time, and I feel a heightened connection with the universe when I'm ramping up. It is a health issue. This — it's like a sprained brain, like having a sprained ankle. And if someone has a sprained ankle, you're not going to push on him more. With us, once our brain gets to a point of spraining, people do everything to make it worse." At the time, he said he is under a doctor's care and that he uses alternative treatment methods. He believes medication may work with others with bipolar disorder. The rapper recently officially became a billionaire and made a $2 million donation to support the families of George Floyd, Ahmaud Arbery, and Breonna Taylor.

I wish him well. Dude's a regular human at the end of the day. Hope everything improves for him.