A recently-published photo of the Prime Minister from 2001 shows him at a theme party in full brownface, wearing a feathered turban. 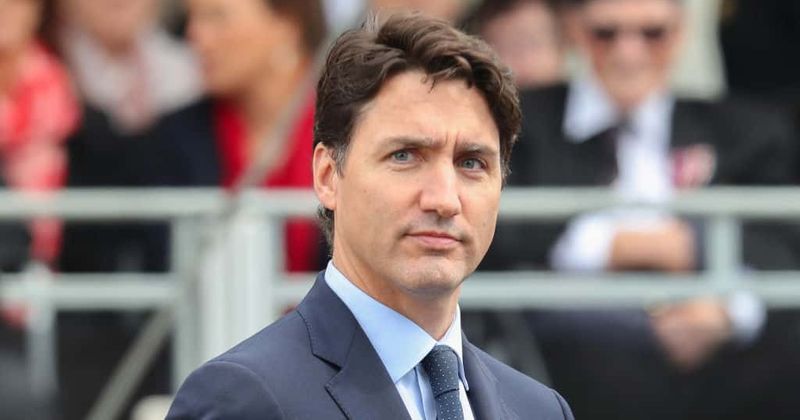 Canadian Prime Minister Justin Trudeau apologized Wednesday for wearing brownface and blackface after photos of him at an Arabian Nights theme party from 2001 were made public. The photograph was first published by TIME and was taken at a party at the West Point Grey Academy where he was a teacher in the spring of 2001. Trudeau, then 29, is pictured wearing a turban and robes with his face, neck, and hands completely darkened. “I attended an end-of-year gala where the theme was Arabian nights. I dressed up in an Aladdin costume and put makeup on,” Trudeau said at a news conference on Wednesday evening. “I shouldn’t have done that. I should have known better, but I didn’t, and I’m really sorry.” When asked if he thought the photograph was racist, he said, “Yes it was. I didn’t consider it racist at the time, but now we know better.” Trudeau also admitted to said wearing blackface in high school to sing Day-O, a Jamaican folk song famously performed by African-American singer and civil rights activist Harry Belafonte. “I deeply regret that I did that,” he said.

Publication of the image comes as a blow to the Prime Minister, who kicked off his re-election campaign last week - especially since he has been known to be vocal about the need to fight racial discrimination, and has three prominent ministers of Indian descent in his cabinet. At least seven of the 35 members of Trudeau’s cabinet are from ethnic minorities. Trudeau's re-election campaign is also embroiled in a scandal over whether he pressured his then-attorney general to drop corruption charges against a large Canadian engineering firm, TIME reports. Conservative Party leader Andrew Scheer spoke about the photo on Wednesday, calling it “an act of open mockery and racism.” Scheer told reporters he was “shocked” and “disappointed,” saying, “Wearing brown face is an act of open mockery and racism. What Canadians saw this evening is someone with a complete lack of judgment and integrity and someone who’s not fit to govern this country.”

Trudeau has previously garnered ridicule for his choice in attire - during a trip to India in 2018, he was largely mocked for the elaborate traditional Indian wear that he and his family donned throughout the trip. The Prime Minister also assured people that he would not be quitting his campaign. “I am going to be asking Canadians to forgive me for what I did ... it was a dumb thing to do. I’m disappointed in myself. I’m pissed off with myself for having done it,” he said.

New Democratic Party leader Jagmeet Singh released a video in response to the image, describing the racism he and many others faced growing up in Canada. “Seeing this image today – the kids that see this image the people who see this image – are going to think about all the times in their life that they were made fun of, that they were hurt…that they were insulted, that they were made to feel less, because of who they are,” said Singh, who is the first non-white leader of a major federal party in Canada. “Please reach out to loved ones. Please reach out to people who are suffering in silence right now. Please let them know they are loved. And they are celebrated for who they are.”