Actress Mercedes McCambridge had gifted the dress to the Catholic University of America in 1972 but soon after, it seemed to have disappeared into thin air. Until now. 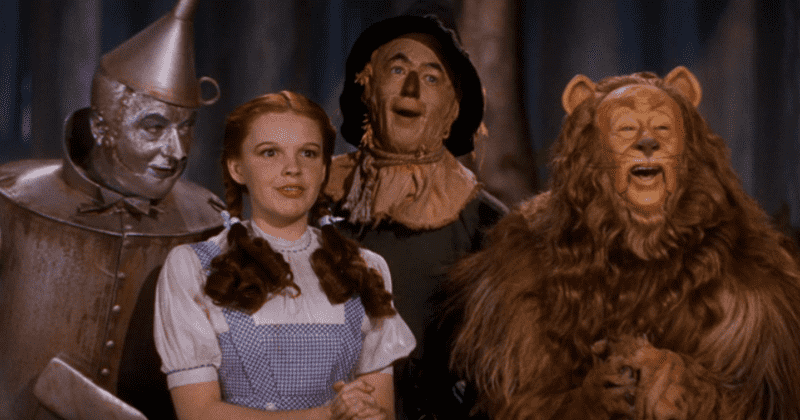 In a story akin to the adventures of National Tressure, the mythical dress worn by Judy Garland that "went missing" in the 70s has finally been found. Actress Mercedes McCambridge had gifted the Catholic University of America, a dress Judy Garland wore in the Wizard of Oz. Unfortunately, the dress seemed to have disappeared into thin air and wasn't found for decades, reported Good Morning America. Students of the university wondered for decades where the dress could have gone and the case of the missing dress almost became a "legend" that got many people curious. Among them was Matt Ripa, lecturer and operations coordinator for the Department of Drama at the university.

Ripa was intrigued by the rumors of the dress and had been looking for it over the years. "I had looked in our archives, storage closets, etc. to no avail. I assumed it was a tall tale," he said in a press release. He had heard that it was located somewhere in the university's Hartke building but his search turned up empty. That was until the university decided to renovate and upgrade the building. Ripa noticed a bag on top of the faculty mailboxes. “I was curious what was inside and opened the bag. Inside was a shoebox, and inside the shoebox was the dress! I couldn’t believe it,” Ripa recalled.

Ripa, with the help of his co-worker, quickly grabbed some gloves and examined the dress. They took some pictures before putting the dress back in the box and heading over to the (University) Archives. "Needless to say, I have found many interesting things in Hartke during my time at Catholic University, but I think this one takes the cake!” Ripa exclaimed. Ryan Lintelman, the entertainment curator at the Smithsonian’s Museum of American History and an expert in the museum’s Oz memorabilia, was asked to come and have a look at the dress. He was able to confirm that it was in fact one of the dresses Garland had worn for the 1939 film.

According to the Washington Post, Lintelman said he already knew of five authenticated Dorothy dresses from the film that were still in existence. This one would make six. There are always tell-tale characteristics in the dresses that allow authentication. For instance, a hidden pocket for Dorothy’s handkerchief was sewn into the right side of each dress. Judy Garland's name and wardrobe number were discreetly penned on each outfit as well by the same person. The handwriting on the dress from the university appears to have been the same. After examining the dress, Lintelman and two of his colleagues were able to give this dress a thumbs-up.

"As archivists, we were obliged to work on gaining additional documentation for this popular culture national treasure," Maria Mazzenga, Ph.D., curator of the American Catholic History Collections at Catholic University said, according to CNN. "We have several photos of Father Hartke holding the dress, and articles from The Tower and The Washington Post referencing it. So the circumstantial evidence is strong." Lintelman was then able to put his seal of approval on the authenticity of the dress. Smithsonian’s National Museum of American History also houses several artifacts from the set of The Wizard of Oz including the famous pair of Dorothy’s ruby slippers.

"Dorothy’s 'Wizard of Oz' dress, once the province of myth, is now a real object in the University’s Special Collections," the university said in its press release. "It can now be preserved in proper storage in a temperature- and humidity-controlled environment so that hopefully, for many more years, it can be a source of 'hope, strength, and courage' for Catholic University students."