The 'Avengers' actor strongly advised against turning your butthole to the sun, as part of the bizarre wellness trend. 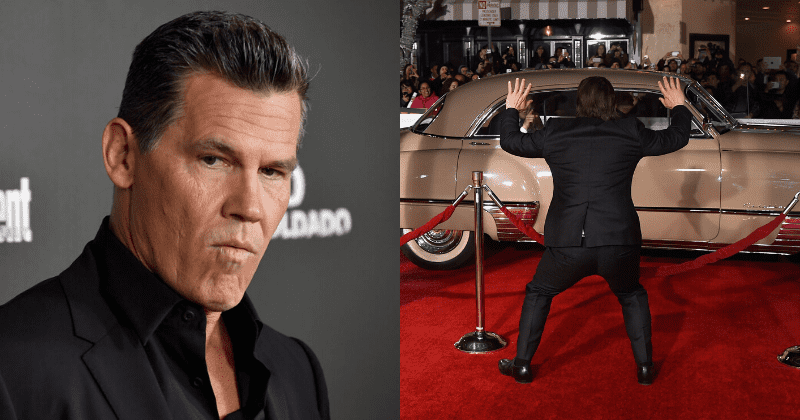 Josh Brolin had his day ruined after trying out the Instagram wellness fad known as perineum sunning. Remember when we told you about the trend of turning your butthole to the sun to soak up some sunshine and Vitamin D? Yeah, don't do that ( for too long anyway). Well, Josh Brolin did and had disastrous results. He took to Instagram and stated that the fad ended up burning his butt and ruining his day. He wrote: Tried this perineum sunning that I’ve been hearing about and my suggestion is DO NOT do it as long as I did. My pucker hole is crazy burned and I was going to spend the day shopping with my family and instead I’m icing and using aloe and burn creams because of the severity of the pain.I don’t know who the f*ck thought of this stupid sh*t but f*ck you nonetheless. Seriously. #blackholefriday #blackholesun #severeperineumburns #santamonicafiredepartment #a**holecare

It all started with Metaphysical Meagan's post on Instagram. The "wellness" influencer with over 13,000 followers shared the post, alongside a picture of her completely naked with her legs spread wide facing the sun. She claimed that letting the sunshine in (just for a few seconds) was good for one's well-being. She wrote: For the past few weeks I have included sunning my bum & yoni  into my daily rising routine. She claims that "30 seconds of sunlight on the perineum is equivalent to being in the sun all day with your clothes on" and that this was "an ancient Taoist practice that originated in the Far East." She also added that this is meant to be done only between 30 seconds and 5 minutes and is not meant to be a tanning technique.

It's all fun and games until an eagle drops a tortoise into your crotch.

Perhaps a few seconds of butthole sunning probably won't do much harm, but lay there for too long and you're bound to get burnt. Even if you are the mighty Thanos. Perhaps Brolin wished to snap his finger and cease the existence of those who told him to try the trend. Unfortunately, the actor who plays Thanos was left with was to treat the burns in his bum instead. However, not all celebrities hate the bizarre fad. Actress Shailene Woodley, for instance, swears by sunning her vagina. "I was reading an article written by an herbalist I studied about yeast infections and other genital issues. She said there's nothing better than vitamin D," she said. "If you're feeling depleted, go in the sun for an hour and see how much energy you get. Or, if you live in a place that has heavy winters when the sun finally comes out, spread your legs and get some sunshine."

Either way, Brolin's post got some funny reactions from his peers in the Marvel universe. Christ Pratt pushed the heart icon on his post and on-screen rival Deadpool aka Ryan Reynold's reacted with a comment that simply said: Bwahahahahahahha!!!!! David Bautista who plays Drax on Guardians of the Galaxy replied, writing: Same. Gooch burns a mothaf*cka! 😂