The star lost his son during a family vacation when the teen had a seizure and hit his head in the bathtub. Jett Travolta was 16 years old at the time of his death. 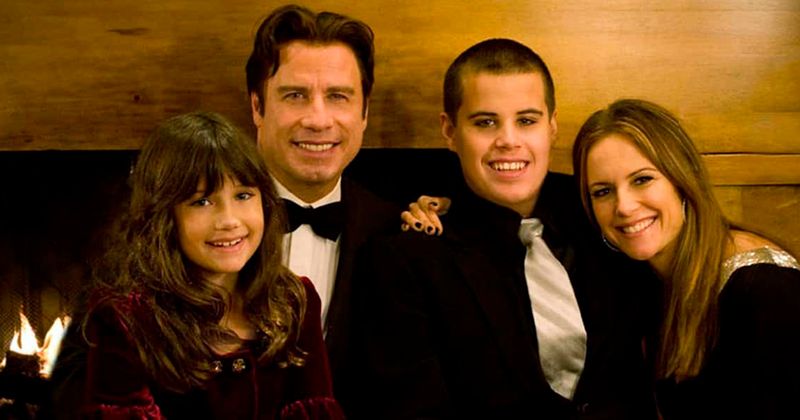 There is no greater sorrow in the life of a parent than having to live through the death of a child. From the moment they became aware of the new life coming into their lives to the child's first step to the first word they utter, every moment remains fresh in a parent's mind no matter how many years pass. All the milestones their offspring missed out on due to their untimely death haunts them for the rest of their life. John Travolta and wife Kelly Preston have and continue to experience this first hand after their firstborn son Jett passed away at the young age of 16 in a devastating accident.

John Travolta has opened up about losing his 16-year-old son Jett <3 https://t.co/EqiTMN67QJ pic.twitter.com/6JKPr9tHPy

Jett Travolta was on a vacation with his family in the Bahamas when tragedy struck. According to a report by PEOPLE, the teen suffered a seizure at his family's vacation home and hit his head in a bathtub. He was found unconscious in the bathroom by a caretaker and was pronounced dead at the hospital. Although years have passed since the devastating loss of their dear son, his absence remains painfully fresh in both Travolta and Preston's mind. A few days after Jett's 6th death anniversary, the Grease star took to Facebook with an emotional message.

As per a report by the Evening Standard, the 65-year-old wrote: They say the hardest thing in the world is losing a parent. I can now say that isn't true. The hardest thing in the world is losing a child. Someone you raised and watched grow every day. Someone you taught how to walk and talk. Someone you showed how to love. It's the worst thing to ever happen to anyone. My son died of a seizure. He brought me so much joy. He was my everything. Those 16 years of being his father taught me how to love unconditionally. We have to stop and be thankful for our children and children should stop and be thankful for their parents. Because, life is very short.

Concluding the touching tribute to his late son, Travolta wrote: Spend time with your parents and parents spend time with your children. Treat them well. Because, one day, when you look up from your phone, they won't be there anymore. What I truly learned most of all is, live and love every day like it's your last. Because, one day, it will be. Take chances and go live life. Tell the ones you love, that you love them every day. Don't take any moment for granted. Life is worth living. The Pulp Fiction star spoke to Us Weekly earlier this year about how Jett's death left him utterly devastated.

"It’s the worst thing that’s ever happened in my life. The truth is, I didn’t know if I was going to make it," said Travolta. According to PEOPLE, the Hairspray actor and his wife kept their son's autism under wraps while he was alive. However, they've since opened up about it in hopes of raising awareness about the condition. Speaking about her late son on the CBS daytime series The Doctors in 2012, Preston said, "[He] was autistic. He had seizures, and when he was very young, he had Kawasaki syndrome."

During a previous interview with BBC Breakfast in the same year, Travolta revealed that he'd even thought about walking away from acting after losing Jett. "I lost my son a few years ago and I had been having quite a time of that and after three years getting a lot of support from my church and a lot of support from people, fans, family I decided that it was OK to go back to work because I’d even thought of retiring at one point because it felt like too much," he said at the time. The star and his family set up the Jett Travolta Foundation in 2009 in honor of their deceased loved one to help children from a variety of disadvantaged backgrounds.

Although the family has managed to pull themselves together and resume their lives in these past few years, they always have Jett in their thoughts. Preston recently shared an emotional Instagram post to raise awareness about those on the autism spectrum. To my sweet love, Jett... you are in our hearts forever. I send love to all of the beautiful autistic children and the wonderful people who love them. May we all shine and grant love and respect to children with special needs💕 #autismawareness #autism, she wrote alongside a beautiful photograph on a smiling Jett with his parents.