"Dearest Kelly, you brought into my life three of the most wonderful children I have ever known. Thank you," the 67-year-old wrote. 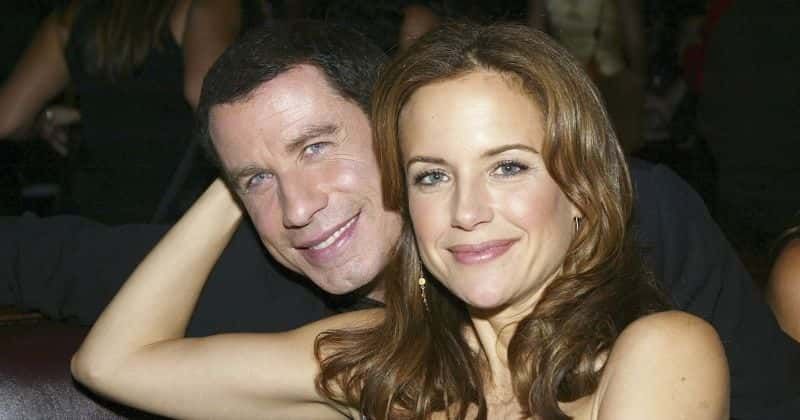 John Travolta and his family ushered in their first Mother's Day without Kelly Preston, who passed away from breast cancer at the age of 57 in 2020. To mark the occasion, the Pulp Fiction actor shared a moving tribute in her honor on his Instagram.  "Dearest Kelly, you brought into my life three of the most wonderful children I have ever known. Thank you. We love and miss you. Happy Mother’s Day," he wrote, sharing a series of pictures of Preston with her children. In the first photo, Travolta is pictured with Kelly, his daughter Ella Bleu, and then newborn son, Benjamin, The Daily Mail reports.

In the second picture, we see the couple with their firstborn son Jett, who unfortunately passed away in January 2009 at the age of 16. Jett was autistic and was sufferied from seizures from a young age, which eventually led to his death. Travolta married Preston in 1991, four years after they first met on the sets of the movie The Experts in 1987. The Saturday Night Fever star's Instagram post comes in the wake of his tell-all interview with Esquire Spain where he opened up about grieving his wife Preston. "I learned that crying and mourning over someone is something personal," Travolta said. "Mourning is individual and experiencing your own journey is what can lead to healing. The most important thing you can do to help another when they are in mourning is to allow them to live it and not complicate it with yours," he continued, per Today.

Travolta shared some nuggets of wisdom for people on allowing others to grieve. "The most important thing you can do to help another when they are in mourning is to allow them to live it and not complicate it with yours. That's my experience," he said. Talking about his commitment to being a single parent for his children Ella and Benjamin, he continued: "I will ensure the future of my children, help them with what they want to do with their lives. It is what I do with Ella now with her films and teaching her to work in the profession,' he said. 'Ben is barely ten years old. I want to help him evolve because he has his whole life ahead of him."

John Travolta opened up about his struggle with grief following the loss of his wife, Kelly Preston: "I felt so saturated with everyone's sadness that I didn't know what to do." 💔 pic.twitter.com/blPZw5N7gf

During the interview, Travolta also shared the inside scoop from an iconic moment in 1985 where he was pictured dancing with Princess Diana during her official US visit with husband Prince Charles. The Grease actor recalled the chance to dance with Diana as a "magical moment" adding that it was a "great privilege and honor" even more so because the two grooved to one of Travolta's hit numbers. Though, the now 67-year-old was a heartthrob back then, mustering the courage to ask Diana for dance was certainly intimidating, not because, dancing was hard, but because Diana had a presence that would unnerve even the most confident of men. "That was the easy part," he said of the dance, per Today, "but introducing myself to Diana in the proper way, conveying confidence, and asking her to be my dance partner was a complicated mission."

Recounting the memory in detail, he painted a vivid picture of the exchange that has become a mainstay in pop culture even after 35 years: "Think of the moment. We are in the White House. It's midnight. The whole scene is like a dream. I go up to her, touch her on the shoulder, ask her to dance. She turns around and when she sees me, she displays that captivating smile, somewhat sad, and accepts my invitation. There we were, dancing together like in a fairy tale. Who could imagine that something like this is going to happen to you one day? I was smart enough to register it in my memory as a very special, magical moment," he said.

"I approach her, touch her elbow, invite her to dance...And there we were, dancing together as if it were a fairy tale," remembers John Travolta about his legendary dance with Lady Diana at the White House.
© Tim Graham / Getty Images pic.twitter.com/Ea7g9QwxZL