Diana Hyland had acted as Travolta's mother in a movie and the pair were smitten with each other in no time. 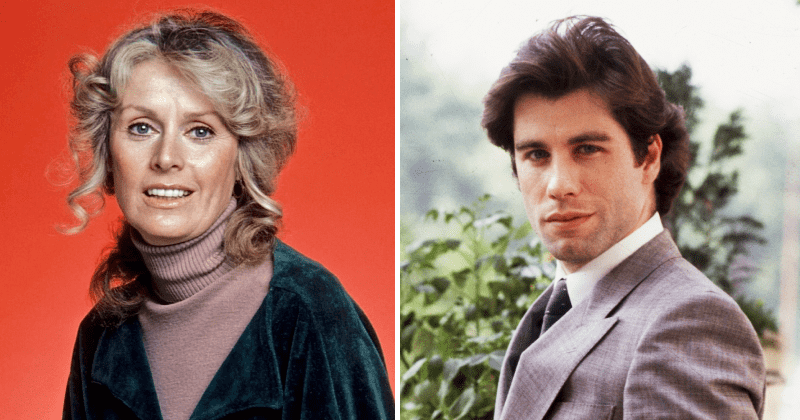 When Kelly Preston succumbed to breast cancer, it was not the first time John Travolta had lost the love of his life to the deadly disease. Way back in 1977, the actor had lost his first love actress Diana Hyland to breast cancer. At the time he was 23 and she was 41. The pair had met on the sets of The Boy in the Plastic Bubble in which Hyland portrayed Travolta's mother. This week, he lost his wife Kelly Preston to breast cancer after more than 28 years together, according to The Daily Mail.

John Travolta was deeply in love with Diana Hyland and had intended to buy a house with her and marry her but it wasn't to be. The film they acted together in, would release in 1976. A year after the release of their movie, she would die in his arms. "I have never been more in love with anyone in my life. I thought I was in love before, but I wasn’t. From the moment I met her I was attracted. We were like two maniacs talking all the time on the set of Bubble," said Travolta speaking about Hyland in an interview with People three months after she had died.

The Face-off actor said things turned romantic between them within a month of the pair meeting on the set of the movie. They were soon spending weekends together and frequently traveling along with Hyland's four-year-old son from a previous marriage. "I had more fun with Diana than I ever had in my life. And the odd thing is just before we met I thought I would never have a successful relationship," said Travolta. The actor said Hyland felt the same way about her relationship with him. "She told me that she too had thought the same thing. Then, bam," said the actor referring to her death.

Diana Hyland had already had a mastectomy two years before she met Travolta and had assumed cancer wouldn't return. After getting cancer the second time around, she died within two weeks of getting her second diagnosis of cancer. Travolta found out about her diagnosis while shooting Saturday Night Fever in New York. He flew back to be with her. "I gave her great joy in the last months of her life. I always feel she is with me — I mean her intentions are. Diana always wanted the world for me in every possible way," said the actor. The day before Hyland died, the pair took a quiet walk in the garden together.

Travolta struggled to cope with Hyland's death and struggled to remember his lines while shooting for Grease. He described it as the "hardest 10 weeks of my life.” Travolta went on to date Catherine Deneuve and Marilou Henner before meeting Preston in 1987. She was married to actor Kevin Gage at the time. The pair marriage wasn't going well and divorced later that year. "Well, I was not that happily married, let’s put it that way. I was really with the wrong person," said Kelly Preston. The actress then dated George Clooney and moved in with the actor for a while. She also dated Charlie Sheen before going out with Travolta. The pair had first met in 1989 at a screen test for their 1989 comedy The Experts. Travolta said with Preston "it was love at first sight." Travolta and Preston got engaged on New Year's Eve in 1990 before tying the knot in 1991.

As we reported, Kelly Preston passed away after a two-year battle with breast cancer on Sunday. Preston summed up their 28-year-long relationship in a sweet post on their 28th anniversary last year. She wrote: To my dearest Johnny, the most wonderful man I know. You have given me hope when I have felt lost, loved me patiently and unconditionally… made me laugh harder than any other human being possible… shared the most beautiful highs and at times lows. You’re a dream Daddio and make life so much fun!! I trust my love with you implicitly… with you I know I will always be okay no matter what happens… I love you forever and completely. Happy 28th Anniversary John Travolta.