"We came down from Olympus, and we just became regular people talking to regular people. It’s the best form of communication," Daly once told a reporter. 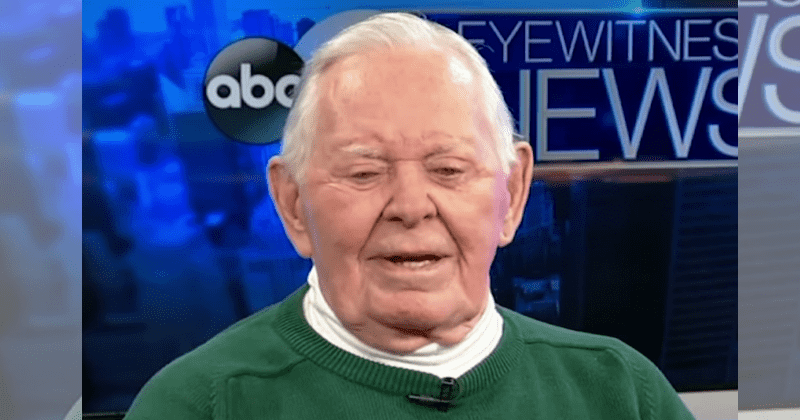 Joel Daly, the popular TV anchor in the Chicago news scene for close to four decades, died on Thursday owing to a long-term illness. He was 86. The news was confirmed by his daughter Kelly, who revealed that he was suffering from vascular Parkinsonism, a condition marked by a series of mini-strokes, and that he had been in hospice care at her suburban home for the last few months. "He died peacefully," said Kelly, according to Chicago Tribune. "This is the way I believe he wanted his life to end and he was able to see his beloved dog."

Daly was one of the proponents of the changing face of journalism and reporting from the '70s onwards. "I was on the street every day, and I think to have an anchorman that was involved in doing the news and not just reading it gave it some credibility," Daly once said, according to ABC 7 Chicago. He was a daily presence in the lives of at least two generations of Chicago's television news viewers. Speaking about her father, his daughter Kelly, a former Cook County State's Attorney, recalled just how much of an inspiration Daly was to her: "I was the youngest child and the only girl and when he pushed me, I would push back. We were so very much alike in that way and I realize that his mentorship and guidance made me stronger. He did have what I like to think of as his golden rule. It was not complicated. It was ‘Just be kind.’"

Daly was born on August 21, 1934, in Great Fall Montana and graduated magna cum laude from Yale University in 1956. He served in the US Army after being stationed in New York and Panama, and worked in radio and television in Cleveland, before finally foraying into the news in Chicago. When he arrived in Second City in 1967, newscasts were just 15 minutes long. He then joined hands with ABC's WLS Channel 7 news anchor Fahey Flynn to revolutionize newscasting and subsequently became one of the most memorable and successful news teams in the country. The duo was also supported by sportscaster Bill Frink and weatherman John Coleman, all of whom combined spectacularly well to bring a brand of news that later came to be known as "happy talk".

A genuine Chicago TV legend. Condolences to the family of RIP Joel Daly. He was always such a nice man to me.

Prior to Daly's arrival, TV news anchors were said to be straight-faced and serious when they delivered the news of the day on camera. However, when he arrived, he loosened up and even brought in fun elements, introducing banter and stories in between segments. Within years, the team of four surged up the rating charts and became a major influence on news personalities and broadcasters that followed. "We came down from Olympus, and we just became regular people talking to regular people. It’s the best form of communication," Daly told a reporter about the transition they made, the Tribune reports.

Joel Daly was part of the all-star team developed by then GM Dennis Swanson that propelled WLS-TV to the top of the local TV ratings, a distinction it enjoys to this very day. pic.twitter.com/o4WIU2Z26H

Daly retired in 2005 but made occasional cameos on newscasts, offering reportage on legal issues and even hosting the St. Patrick’s Day parade. His successful career was ornated with a series of Emmys, the first Illinois Broadcast Pioneer Award, as well as an induction into the Hall of Fame. He also published a biography titled The Daly News: A Life on Television News which was very well received by the audience. As per ABC 7 Chicago, Daly is survived by his daughter Kelly, granddaughters Kate and Madison Daly, and his sister Pat Kraus. People on social media paid a hearty tribute for the man who over the years came to be known as an icon, and to a certain extent, the face of Chicago's reporting scene.

I grew up watching legendary Chicago news anchors & reporters. The 13inch b&w kitchen tv was always turned into the news during dinner. Joel Daly was one of the best. RIP. https://t.co/q2KkUv3P8y