Waters compared Trump to a snake oil salesman and said the Democratic party failed to field a proper candidate to defeat him. 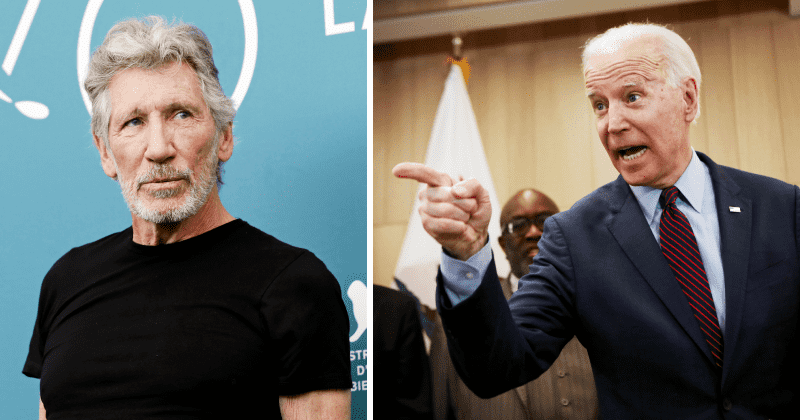 Joe Biden was never the popular Democratic candidate during the primaries and it took an intervention from the Democratic party power brokers to catapult him into pole position. Not many are convinced of his credentials or his ability to beat Donald Trump and one among them is Roger Waters of the rock band Pink Floyd. The British rocker called Biden a 'f—ing slimeball' and said the former Vice President was in no position to defeat Trump. Waters claimed that Biden had no appeal as a candidate and was likely to be steamrollered in the upcoming elections in November.

Roger Waters, who backed Bernie Sanders to be President, said he is “so flabbergasted and gobsmacked by the way the Democratic National Committee has railroaded Bernie [Sanders]… again.” The singer said he doesn't believe Biden has what it takes to beat Trump. "I can’t imagine Biden beating Trump in an election,” said Waters, in an interview with RollingStone. “Biden is such a fucking slimeball, he’s so weak, and has no appeal to anybody. Trump, at least, is a snake oil salesman, he does tricks. He does them really badly, but people don’t care,” he added.

Joe Biden is like a bowl of cold, slightly stale instant oatmeal: better than eating a bowl of literal shit (Trump) but you don’t have to be a shill and pretend it’s a gourmet breakfast.

The songwriter and composer is still 'on the fence' about rallying behind Joe Biden. He almost equated Biden to a Republican, claiming he was just another candidate to maintain the status quo that the capitalist class is desperately craving for. “I obviously don’t know where I stand on that lesser of two evils question,” said Waters, when asked about choosing between Trump and Biden. “I’m not sure the path to a new America that is not ruled by the current ruling class — by money, plutocracy, and capitalist society — will be made any easier with Biden as president,” he said.

Goodbye @BernieSanders and amen, here's hoping we meet now and then.

Waters was a huge fan of Bernie Sanders and admitted that he is “still staggering under the weight of them having rejected the only candidate who represented the people of America.” He was crushed after finding out Bernie Sanders had ended his campaign. “Well, so now there’s nobody to vote for," tweeted the rocker. Biden was initially trailing Bernie Sanders, Joe Buttigieg, and Elizabeth Warren in the primaries before Buttigieg and Warren backed out. Buttigieg backed out a day before Super Tuesday, to back the former Vice President and give his campaign a much needed shot in the arm. A few other candidates also publicly backed Biden while Elizabeth Warren refused to endorse Bernie Sanders despite hoping to largely similar goals. Biden absorbed the support of those who backed out of the race to eventually surpass Sanders int he Democratic primaries. Bernie Sanders then called it quits, and backed Biden, citing the importance of beating Trump.

Waters believed Bernie Sanders was the man to change the face of US politics. Waters also backed Bernie when he was less popular in 2015. "He seems to speak the truth, far as one can tell at this point. He seems prepared to stand up against big money and the banks and stand up for the predicaments of minorities, the middle class and the working class in this country," said Waters in 2015, reported RollingStone. "When he speaks the truth, he sounds very left wing, but that is because we have been fed this right-wing bullshit by the whole of the mainstream media since the Second World War."

The singer has been a vocal critic of Trump throughout his Presidency.  “This is a man who has failed at fucking everything in his life except becoming the biggest … tyrant and mass murderer and mass destroyer of everything that any of us might love or cherish in the whole [world], only because he has the power,” said Waters during a Q&A in January. “Unfortunately, he has his finger on the button on it, and he’s right. In ‘Pigs,’ when we put up that he has a bigger button and it works, it does. And it’s working all over the world, murdering brown people for profit,” added Waters.