Joaquin Phoenix and Rooney Mara Are Expecting Their First Child Together 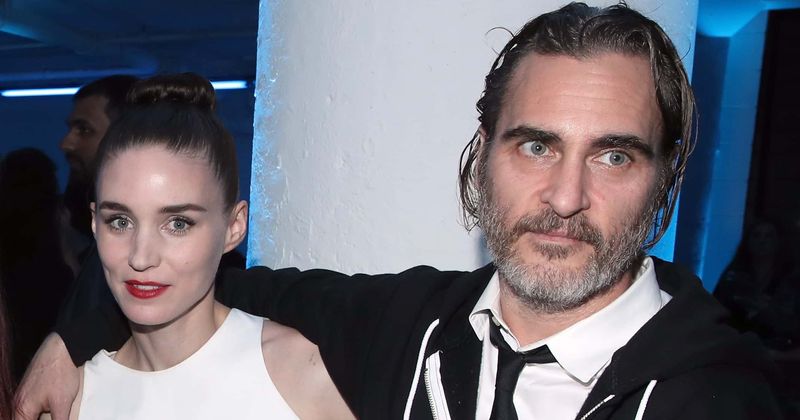 Rooney Mara and Joaquin Phoenix are expecting their first child together. The notoriously private couple have kept a relatively low profile since the end of awards season earlier this year. The pair have spent the majority of their time at their home in Los Angeles amid the ongoing coronavirus crisis. Neither Mara nor Phoenix has yet to confirm the news. Their reps have also declined to comment. But a source told Page Six, that Mara, who has recently been spotted wearing baggy clothes to cover her bump, maybe as far as six months along in her pregnancy.

Mara, 35, and Phoenix, 45, met on the set of the Spike Jonze–directed film Her in 2013. However, they began dating when he was playing Jesus and she starred as Mary Magdalene in the  2018 film Mary Magdalene. Soon after, the couple moved in together and became engaged in July 2019. They made their red carpet debut in 2017 at the Cannes Film Festival's closing ceremony, according to the Daily Mail. The Joker actor later confirmed that the two were spending time together in the Hollywood Hills. "They don’t really like to go out," an insider said at the time. "They mainly just like to be with each other as the two of them. They’re in their own bubble."

"She's the only girl I ever looked up on the Internet," Phoenix admitted to Vanity Fair in October. "We were just friends, email friends. I'd never done that. Never looked up a girl online." He even thought she "despised" him during the making of Her but later learned she was just shy and actually liked him too, and the rest was history. The two also share a love for animals. Earlier this year, the award-winning actor joined Los Angeles Animal Save, a nonprofit that holds peaceful vigils at local slaughterhouses, to use his celebrity status to do something good. On his fifth outing with the group, he rescued a cow who he aptly named Liberty. She had just given birth to her calf who was named Indigo. The star had an open talk with the owner who gave up the cow and calf to be rescued. "I never thought I'd find friendship in a slaughterhouse," the star said.

He often spreads the message of caring for the planet along with its inhabitants. At the Academy Awards, the actor highlighted how the human race needs to reconnect with nature without exploitation and urged people to stop drinking cow's milk. In his Oscar speech, Phoenix encouraged veganism saying, "We feel entitled to artificially inseminate a cow and when she gives birth we steal her baby even though her cries of anguish are unmistakable and then we take her milk that’s intended for her calf and we put in our coffee and our cereal."

After winning his Oscar award for Best Actor, he and his fiancée Rooney Mara made a pit stop in Los Angeles’ Koreatown to eat at the restaurant Monty’s Good Burger (that is completely plant-based). The two are both vegan and ordered two doubles and a side of fries to go. The two were spotted at the Netflix Oscar afterparty, dressed in formals, but laughing and chomping down their burgers exuding a laidback, casual vibe. Mara's sneakers under her black lace Alexander McQueen gown added to the chilled-out photograph captured by Greg Williams.

The two have also supported a petition penned by Gabriela Cowperthwaite alongside the Animal Legal Defense Fund, reports Variety. Gabriela Cowperthwaite is the director of the incredible 2013 documentary Blackfish. The film focussed on the mistreatment of animals, especially killer whales held captive in SeaWorld. She is now hoping to support a federal bill called the Big Cat Public Safety Act. The bill would protect the kind of big cats that are featured in the Netflix’s docu-series Tiger King which has now become insanely popular.

"Documentaries can be powerful forces for change, sometimes through a call to action and other times simply by telling a story that entertains, creating a window into a world viewers weren’t previously aware of," Cowperthwaite said in a statement. "But at some point, there is a pivot and the passion of their millions of viewers lands somewhere useful.”
She continued, "'Tiger King' and its audience can do that now. The world of big cat captivity requires a call to action, and I’m encouraged that through this partnership with the Animal Legal Defense Fund and support for our petition by the entertainment industry, we may see enough pressure lead to the passage of the Big Cat Public Safety Act.”

On #femalefimmakerfriday, let's flashback to our 2014 feature on Gabriela Cowperthwaite ’93, director of "Blackfish" and "Megan Leavy." 📽 https://t.co/BBAfquQVVb pic.twitter.com/ISG0x79jHo