Rowling had tweeted: "'People who menstruate.’ I’m sure there used to be a word for those people. Someone help me out. Wumben? Wimpund? Woomud?" after reading an opinion piece 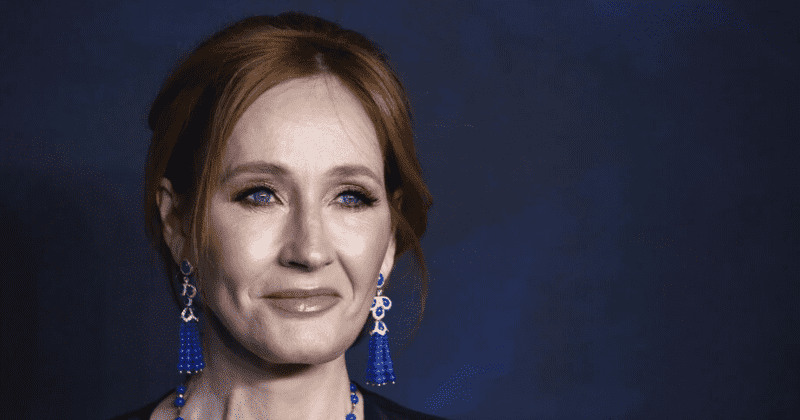 J.K. Rowling, the creator of one of the world's biggest book franchises, the Harry Potter series, has been accused of making transphobic comments multiple times over the last few years. The veteran wordsmith faced the ire of the Twitterati yet again over the weekend for making insensitive comments on trans people. Rowling shared an opinion piece on Twitter with the title “Opinion: Creating a more equal post-COVID-19 world for people who menstruate.” Annoyed by the wording, she responded saying, 'People who menstruate.’ I’m sure there used to be a word for those people. Someone help me out. Wumben? Wimpund? Woomud?

Christ, you are such a colossal disappointment.

People who menstruate include trans men...

Previously, Rowling was criticized for being a Trans-Exclusionary Radical Feminist (TERF) six months ago after she stood in support of a researcher who lost her job due to a series of transphobic tweets. The ace writer had faced criticism then and continues to do so now. As the world continues to battle through a pandemic and the rampant issue of racism, Rowling's tweets have shown us that there are inequalities all over the world. Users from all over denounced her for seeming to define a woman as a person with a menstrual cycle and sex organs as the defining factors behind gender identity. As a celebrity with a fan following that includes people who identify as women, including a trans woman, who may or may not menstruate, things certainly didn't go too well for her.

If sex isn’t real, there’s no same-sex attraction. If sex isn’t real, the lived reality of women globally is erased. I know and love trans people, but erasing the concept of sex removes the ability of many to meaningfully discuss their lives. It isn’t hate to speak the truth.

Daniel Radcliffe, the actor who brought Rowling's character Harry Potter to life, stood in support of the trans people and said he hoped her statements wouldn't 'taint' the books and movies for all the trans people out there. According to BBC, the actor issued a statement to an LGBT suicide prevention website and said,  "Transgender women are women. Any statement to the contrary erases the identity and dignity of transgender people." Writing on The Trevor Project's website, Radcliffe added: "If these books taught you that love is the strongest force in the universe... that dogmatic ideas of pureness lead to the oppression of vulnerable groups; if you believe that a particular character is trans, non-binary, or gender fluid, or that they are gay or bisexual; if you found anything in these stories that resonated with you and helped you at any time in your life - then that is between you and the book that you read, and it is sacred."

Here are some of the reactions, people had for the writer's outburst:

We’re not saying sex isn’t real. We’re saying it’s different from gender. My assigned sex at birth was male. But I identify as a woman. Sex is in the fun bits. Gender is in the brain.

Hey JK as you claim to support trans rights and this is a historical moment where we are globally discussing the impact of white supremacy on Black People, please share some of your $650million mega wealth with this charity. https://t.co/3WoGduRuSE

I'm a gay man! So is my boyfriend! Together, we're an internationally recognized gay couple! I'm trans! He's not! But we're both legally men! We could only be married so long as "same-sex marriage" is legal! Even though we have different genitals! Are you saying we're not gay?!? pic.twitter.com/1AWN18ZDqu

You’re a smart person. How do you not yet understand the difference between sex and gender? The only way I can possibly explain your ignorance at this point is willfulness. It’s incredibly disappointing.

You're a great writer. This is a good time for you to become a great reader.

I’m attracted to transgender men. That doesn’t make me bisexual, it makes me gay. I cannot express how frustrating it is for you to say these ignorant uneducated things over and over again. Please please please do better. We all want you to be one of the good guys. Please.

You’ve written so many, but these are the words you will be remembered for.

The vast consensus of medical and other scientific experts validate trans people and urge affirmation of us. Your own country’s medical organizations have said as much.

You don’t love trans people, and certainly don’t care about us.

I disagree profoundly with your assessment. Sex and gender are different. You're confusing the issue. As a woman committed to equal rights for all, I absolutely do not feel erased by the existence of transgender people. Their struggles do not negate my own. We can rise together.