Jimmy Carter chose to keep the milestone celebration lowkey by spending time with his wife of 75 years, former First Lady Rosalynn Carter, at their home in Plains, Georgia. 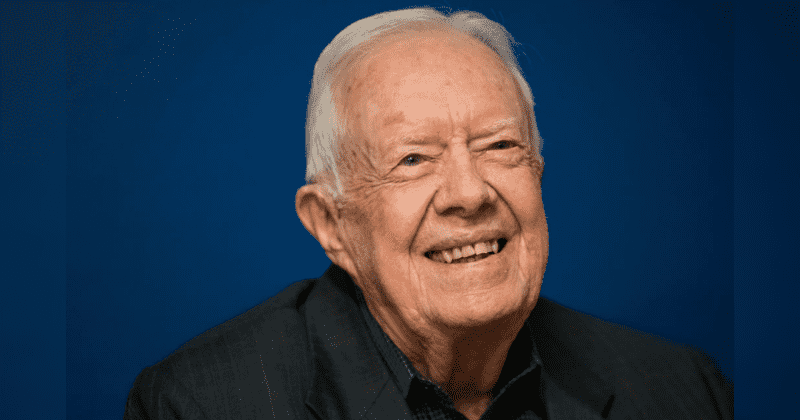 The oldest living President of the United States just turned 97. Jimmy Carter chose to keep the milestone celebration lowkey by spending time with his wife of 75 years, former First Lady Rosalynn Carter, at their home in Plains, Georgia. A spokeswoman for Carter also confirmed, "There are no public events planned for President Carter's 97th birthday, which he will spend in Plains," according to PEOPLE. But she noted that the public could "send their birthday wishes" through online cards at the couples' Carter Center.

Carter was born on October 1, 1924, in Plains to a farmer and businessman James Earl Carter, Sr., and Lillian Gordy Carter, who was a registered nurse. He went on to join the Navy and eventually married Rosalynn Smith on July 7, 1946. Following his father's death in 1953, he resigned from his naval commission and returned home to take over Carter farms which he operated with the help of his wife. In no time people began seeing him as a leader of the community who eventually became the state senator and governor of Georgia. In 1976 he was elected as the country's 39th President and he served the role from January 20, 1977, to January 20, 1981.

Despite leaving the White House after a single term, the 97-year-old has continued his humanitarian work and was awarded the Nobel Peace Prize in 2002. The unstoppable former POTUS went on to write several books, secured the release of an American hostage in North Kora, and even build and repair more than 4,300 homes in 14 countries with his own hands for Habit for Humanity alongside his wife. Although he is "absolutely and completely at ease with death," it hasn't stopped Carter from continuing to do his good work. Even in his nineties, he continues to paint (and woodwork), write, volunteer, teach Sunday school and lead a healthy lifestyle.

"It didn't really matter to me whether I died or lived. Except I was going to miss my family, and miss the work at the Carter Center, and miss teaching your Sunday school service sometimes and so forth. All those delightful things," he said according to CNN. Back in 1982, he founded the Carter Center in partnership with Emory University. The nonprofit, nonpartisan human rights organization based in Atlanta is committed to promote democracy, resolve conflicts and prevent disease across the globe, according to INSIDER. He and his wife have also been taking out a week from their schedule every year for over 30 years to volunteer for the nonprofit Habitat for Humanity. "We do it all," Carter told PEOPLE in 2014. "Except we generally don't get on the roof. We did for a while ... but they had a shooting in Miami when we were down there building houses and the Secret Service asked us not to do it anymore."

To date, he has written 32 books about his career, mother, life, faith, aging, the Revolutionary War, women's rights, and peace in the Middle East. When it comes to his health, Carter said he is "extremely lucky" to maintain an active lifestyle and healthy diet and credited it all to his wife Rosalynn, according to The Washington Post. "She is a strict dietitian and a very good cook. She makes all our family meals," he added. When asked about the key to enjoying his life in the 90s, he said, "The best explanation for that is to marry the best spouse: someone who will take care of you and engage and do things to challenge you and keep you alive and interested in life."