Jim Carrey Quit School, Worked 8-Hour Shifts As A Janitor & Lived In A Car With Family As A Teen

Carrey quit school at 16, unable to juggle his job and studying. 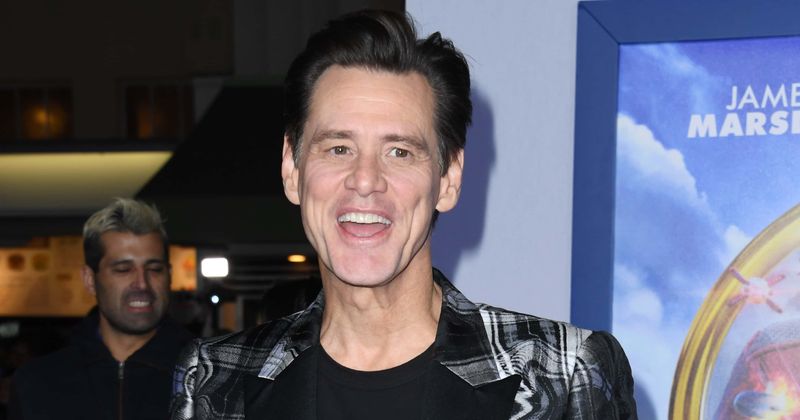 A philosopher once said the funniest people are the saddest ones. The late Robin Willaims died by suicide and stand-up great, Rodney Dangerfield, had a rough childhood after his father left the family and was constantly bullied in school. Add to this list another famous funnyman, Jim Carrey. Carrey might be a Hollywood royalty right now, but when he was growing up, life was full of adversities. Growing up in a lower-middle-class family in Ontario, Canada, things suddenly took a turn for the worse when his father lost his job as an accountant. Carrey, who was 12 years at the time, and his siblings had to fend for the family and worked various jobs. Carrey became a full-time janitor while also juggling his school.

"My father lost his job when he was 51and that was the real "wow", the kick in the guts," Carrey said during an interview with the Actor's Studio. Add to this was the humiliation of losing their home and having to live in their van. "We lived in a van for a while, and we worked all together as security guards and janitors," Carrey said. Life just became too hard He ultimately decided he couldn't study anymore and dropped out of school at 16 even though he was a "straight-A student." About the decision, Carrey continued, "an eight-hour day in a factory" after school left him wanting to "bash somebody's head in." It also sucked away all the confidence in him and he ended up "not wanting to know anybody's name, and not wanting to make a friend."

Carrey had always been a goofy kid and one who would leave anyone in splits. Despite all of the hardships, his humor was one thing that never left him and something he believed in. In an interview with Oprah, the actor revealed how he would "visualize" being a big star at a time when he had nothing and acting out meeting other celebrities and signing movies. He worked on his goal and gave himself around 4-5 years. At the age of 15, Carrey started his stand-up at a Toronto comedy club and was a regular in the stand-up circuits. Carrey gained recognition and opened for successful comics such as Buddy Hackett and Rodney Dangerfield while in Canada according to Biography.com. He would soon leave his janitor job and make a living and support his family doing comedy.

He soon moved to Hollywood in the early 1980s and the rest as they say is history As a struggling actor and comedian, he promised himself he would sign a movie that would give him $10 million. He signed a fake cheque to himself of the amount as a reminder of his goal and put it in his wallet he told Oprah. Some years later after his success in Ace Venture, he signed Dumb And Dumber, a movie that gave him more than $10 million. Eleanor Goldhar, publicist for the Yuk-Yuk Comedy Club in Toronto, the first place he performed, said she had always noticed Jim’s intensity. She said, “You could see him watching and listening – observing closely, paying attention to everything that was going on.” Carrey won a Golden Globe award for Best Actor when he played Truman Burbank in The Truman Show (1998).

According to Biography.com, Carrey also portrayed Andy Kaufman in the biopic Man on the Moon (1999), for which he won his second Golden Globe. At one point in time, he was one of the highest-paid actors in Hollywood, commanding $20 million for a movie. Carrey has truly come a long way since his days as a janitor living in a van.