JFK Jr. Would Have Been President If He Hadn't Died In Plane Crash, Says Friend

His friend who is also a historian Steven M. Gillon stated that "John would be a force for healing and bringing people together." 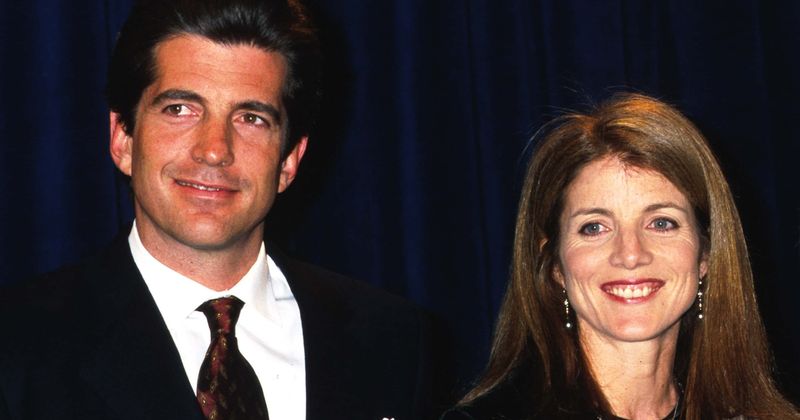 John F. Kennedy Jr. seemed to be another victim of "The Kennedy Curse" where many members of the family have ended up having accidents or worse, premature deaths. President John F. Kennedy's son, John F. Kennedy Jr., would suffer a similar fate as his father. 21 years ago, the plane he was piloting with his wife Carolyn Bessette and her sister Lauren Bessette crashed into the Atlantic Ocean off of Martha's Vineyard reports PEOPLE. According to his friend, Steven M. Gillon, who is also a historian stated that JFK Jr. would have gone on to become the President of the United States.

"John would have been president of the United States and I think the tone of our politics would have been completely different," shared Gillon, a professor of American history at the University of Oklahoma. His biography of John, The Reluctant Prince, is now out in paperback. "John would be a force for healing and bringing people together. John thought he could inspire people — so I think about it often, how much better off our country would have been had John not made the foolish decision to take his plane up on the hot humid July evening," he said.

The two had been friends for over 20 years after meeting at Brown University where Gillon was John's teaching assistant. "John spent his whole life trying to figure out who he was and what his relationship was going to be to his father's legacy and for most of his life, he ran away from it," Gillon said. "And he ran away from it, because he wanted to find out who he really was, separate from the unique burden of his family The other layer to the tragedy is that, by 1999, he figured out who he is. And what he discovered is yes, he wants to go into politics. He wants to be his father's son. But he dies just at the moment when he discovers who he is. The one thing John will always share with his father is this sense of what might have been."

My good friend Steve Gillon @smgillon interview w/ People magazine on the 21st anniversary of the passing of JFK. Jr. Steve's book, America's Reluctant Prince, is now out in paperback. It's a great read! https://t.co/az4ynbqwEf

In the book, Gillon recalled a haunting comment John once made to one of his closest friends, Rob Littell,  "They were watching the inauguration of Bill Clinton and he said 'I want to go home.' For him, going home was the White House. And by 1999, he's actively talking to people, finding the opening — what office he's going to run for and actively strategizing how he's going to make his next steps into politics." Gillon admitted, "John wasn't ready at the age of 38 to be president, and he wouldn't have been at 42, the age his father was elected. But he would have been if he had continued the same process that he had shown over the past 15 years of his life."

"A lot of the family mystique revolved around his father, the emotional connection that the public had to John's father," Gillon shared. "John was his father's son. John was the only one who could have carried his family legacy into the future. All the expectations for that were placed on him. John's father is frozen in time," whilst adding, "And now John is too. We can't see how he would have evolved." He also noted that "John had the potential to unite a nation that has become so divided. It would have been a huge undertaking and a reasonable person would say no one person could have done that, even someone whose name was John F. Kennedy Jr. But those of us who knew him think that he could have made a difference."

Oddly enough, a strange conspiracy theory is doing the rounds that the late Kennedy is still alive. Rolling Stone reports that according to supporters of the pro-Trump conspiracy theory group, QAnon, they believe JFK Jr. will come back from his 20-year hiatus from public life. What's more, is that they believe that he will support Trump as his running mate in 2020. Gillon has rubbished the rumors.

They also think that Trump is the reincarnation of Lincoln. Nut jobs.

QAnon Followers Think JFK Jr. Is Coming Back on the 4th of July https://t.co/OlD1CwgpRf via @RollingStone