Actor Jason Momoa said it was a dream of his to restore his wife's first car for her. It was rusting away in their garage. 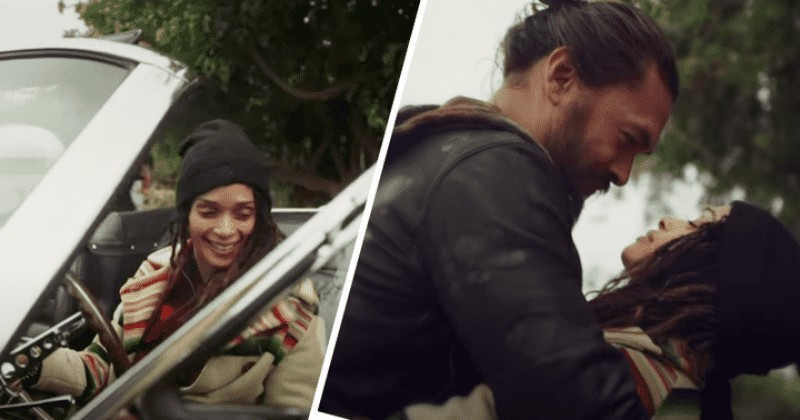 Just when you think Jason Momoa can't be a more perfect husband than he already is, the actor has raised the bar. Momoa restored his wife's first car, a 1965 Mustang, as a gift to her. Lisa Bonet’s first car, a Mustang that she bought when was 17, had weathered with time and was rusting away. The Mustang remained in the garage gathering dust and deteriorating. Bonet’s husband Jason Momoa knew the car meant a lot to her and with it came a host of memories that she treasured. She still had old footage and pictures of her car. Bonet, 52, always wanted to restore the car but never got around to doing it.

Jason Momoa decided to take matters into his own hands. He secretly had the car transported to custom automotive builder Divine 1 Customs and tasked them with restoring the classic. "I know we can't relive a memory, but maybe we can rebuild one," said Momoa. They stripped down to its bare body before customizing and restoring the car bit by bit. Momoa hugged them, but only after hugging the car himself. Momoa couldn’t wait to surprise her with the car. Bonet was blown away and you could see it away on her face.

Jason Momoa was blown away by the car after restoration

Momoa hugged them, but only after hugging the car himself.

The Mustang looked sleek and had a beautiful black finish

"This is a big dream come true because this was my wife's first car," he said.

Momoa carried Bonet to where the car was parked and asked to close her eyes, before unveiling the car.

Bonet was blown away and you could see it away on her face. She couldn’t stop saying wow as she looked at her car.

Despite Jason Momoa being by her side, she only had eyes for her 1965 Mustang.

Bonet feels the rush of the wind that brought back so many memories..

Momoa left her alone, so she could have a quiet moment with her first car

You can watch the entire video here: