'JanuHairy': Womxn Are Growing Body Hair And Redefining The Idea Of 'Beauty'

The idea behind the movement is to encourage womxn to embrace their body hair and break the stereotypes associated with it. 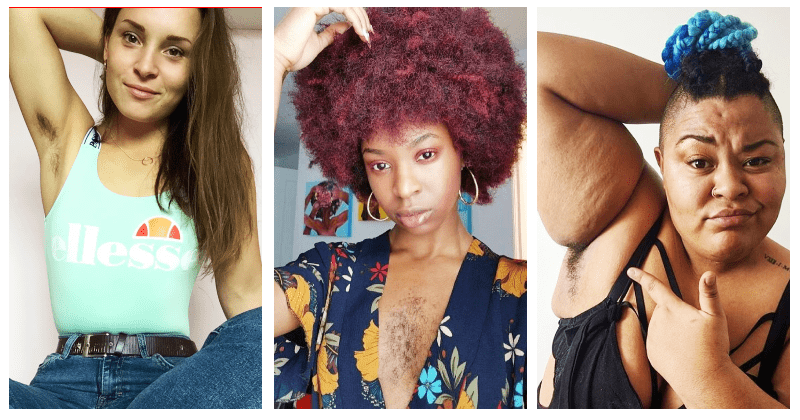 No human body or face was deemed more beautiful than the other until movies and media molded our idea of what it meant to be beautiful. It facilitated the growth of the beauty industry, which in turn furthered the propaganda. Not only was the body image pushed by the media an unrealistic one, but it also pushed womxn to constantly strive towards achieving these impossible beauty standards. Recent years has seen many womxn reclaiming their body, refusing to give in to the impossible beauty standards. One such new movement is #JanuHairy, started by a student named Laura Jackson. The intention is to reinforce the idea that it is normal to have body hair and to encourage womxn to embrace that.

The Exeter University student said she came up with the idea after growing out her own hair for a performance. "Though I felt liberated and more confident in myself, some people around me didn't understand or agree with why I didn't shave," the third-year drama student from Exeter University told BBC. "I realized that there is still so much more for us to do to be able to accept one another fully and truly." The campaign was launched last month and has since caught on in the UK, US, Canada, Germany, Russia, and Spain with many more people likely to follow suit from other countries.

She also wrote about it on Instagram. "I thought I would write a little about my experiences and how Januhairy came about... I grew out my body hair for a performance as part of my drama degree in May 2018. There had been some parts that were challenging for me, and others that really opened my eyes to the taboo of body hair on a woman. After a few weeks of getting used to it, I started to like my natural hair. I also started to like the lack of uncomfortable episodes of shaving. Though I felt liberated and more confident in myself, some people around me didn’t understand why I didn’t shave/didn’t agree with it," wrote Jackson, before adding, "I realized that there is still so much more for us to do to be able to accept one another fully and truly. Then I thought of Januhairy and thought I would try it out. It’s a start at least."

Since the start of the movement, more womxn are embracing body hair and posting pictures of armpit hair and body hair. Jackson is hoping it opens more discussions on the topic and gives more womxn the support to accept their bodies. "This isn’t an angry campaign for people who don’t see how normal body hair is, but more an empowering project for everyone to understand more about their views on themselves and others," said Jackson, before signing off by writing, "Let's get hairy." Jackson said any money that the movement raises will be donated to Body Gossip, a charity that educates young people about positive body image.

While many voiced their support for the movement, the overwhelming majority of the comments (unsolicited, of course) continue to be from men, who claim to be disgusted by body hair on womxn. It's not entirely surprising a patriarchal system puts the onus on women to adhere to beauty standards set by men within power structures of media, movies, and the beauty industry among other things. The JanuHairy movement appears to be one of the many small steps womxn take to reclaim their space and body. The bio of the Instagram page reads, "Igniting a conversation on the prickly subject of body hair. January may be over, but Januhairy isn’t. Let’s keep this movement growing."