Everything seemed to go perfectly for Janice Dickinson and Sylvester Stallone until the result of the paternity test came out. 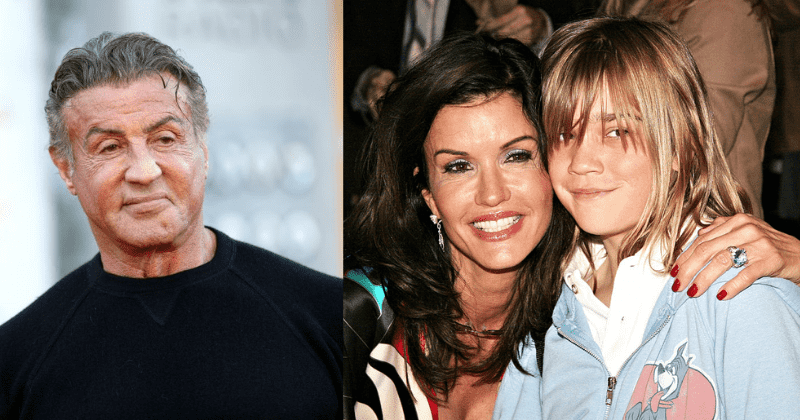 It's rather tough to keep up with the curve balls that life hits us with but hey, that's just how life is. Probably Sylvester Stallone felt the same when he learned that he had fathered a child with his former partner. Hoping to take up the responsibility for his baby, the actor decided to call it quits with the woman he was dating at the time. The whole thing began when Stallone was dating Jennifer Flavin, who was 19 years younger than the Rambo actor. At that point, the now 75-year-old star had his share of heartbreaks in 1988 and was struggling to cope with the bad times. This is when he met Flavin, who felt like a breath of fresh air to him.

In no time Stallone started "loving life again" and everything seemed extremely delightful to him. The two began spending the majority of their time together and did not shy away from sharing details of their magical love. "When we come together, it is wonderful. When we are separate, there are no strings attached. That’s the way it is. No strings," explained the actor, per PEOPLE. Things were going great for the couple until former supermodel Janice Dickinson came into the Rocky actor's life. Even though Flavin had heard a lot about her partner's infidelities, she never paid heed to the claims, instead chose to believe him.

Flavin could never, even in her worst dreams, imagine that her loving boyfriend would cheat on her but that expectation was ruined when she found herself reading a letter from Stallone. The actor had sent her a breakup letter via FedEx saying that he had to end their relationship. Understandably, Flavin was left heartbroken but then she learned he had fathered a child with Dickinson. This news felt like salt to her open wounds. The former supermodel had claimed that her daughter's father was actually Stallone. In her autobiography, No Lifeguard On Duty, Dickinson recounted the moment she first told the actor about her pregnancy.

Stallone was initially surprised but soon he expressed his doubts about the child not being his. "How do you know it's not Michael Birnbaum's?" he asked her according to Mirror Online. Dickinson went to reveal that she had relations with Stallone and another artist while being in a relationship with film producer Michael Birnbaum. Although she wasn't sure, she felt that Stallone was the father of her child. "Well, I didn't - in fact, it could even have been the artist's - but in all honesty, deep down, I felt the child was Sly's," she claimed. "Things hadn't been going well with Michael for some time, and we split up later that week when I came clean about Stallone," she added.

"But Sly didn't call, as I had expected him to, and a week later I discovered I was pregnant. I called Sly and went over to see him. We had supper and made love - he'd improved considerably since our brief debut. Then I told him I was pregnant," she said adding how Stallone decided to be by her side after hearing the news. He helped the model get back to work just a month after her daughter, Savannah, was born. "Six weeks after Savannah's birth in 1994, and with the help of Sly's exercise and vitamin regime, I got back in shape and walked down the catwalk for Versace," she said as per Daily Mail.  By then, Stallone and Dickinson had been engaged for 6 months.

Everything seemed to go perfectly until the result of the paternity test came out on the day of the Versace show. That's when Stallone came to know that he was not the biological father of the child. "It was a great success - but as I walked down the runway for the final time, I realized Sly had left his seat. I found him back at our hotel. He didn't look happy," recalled the former supermodel. As she entered the hotel room, an unhappy Stallone said, "'She's not mine. I just heard from the DNA lab in Long Beach. Savannah's not mine. Send my regards to Mr. Birnbaum' - and with that, he stood up," she said.

For the actor, it felt like the end of the world. Not only did he find out that he was not the father of Dickinson's child but also had to live with the fact that he had broken up with Flavin due to the whole thing. At that point, it felt like he had lost both. But as they say, true love finds its way back, and luckily for Stallone, Flavin was willing to give him another chance. Their romance blossomed once again and resulted in a beautiful marriage. Today, he is the father of three girls with Flavin.