Matt James Will Be The First Black Lead In 'The Bachelor'. He's So Hot People Can't Get Enough

ABC said in a statement that it was "privileged" to have James on the show. 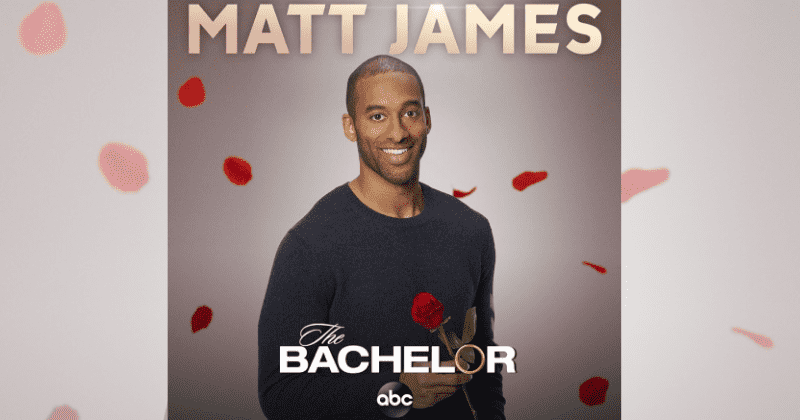 For the first time in the history of the reality tv show, The Bachelor, a black man is going to be cast in the lead. Matt James, 28 was set to join as a contestant in The Bachelorette in May featuring Clare Crawley before it was postponed due to the pandemic. While the show still stands to run after restrictions ease, ABC made the historic announcement about James in a statement. They said they were "privileged" to have James as the first black Bachelor. "We know we have a responsibility to make sure the love stories we’re seeing onscreen are representative of the world we live in, and we are proudly in service to our audience. This is just the beginning, and we will continue to take action with regard to diversity issues on this franchise," it read.

It added, "We feel so privileged to have Matt as our first Black Bachelor and we cannot wait to embark on this journey with him.” Rachel Lindsay was the first black female lead in The Bachelorette in 2017 and before James, there was Mike Johnston who would become the first black Bachelor had he not been edged out by Peter Weber, who is half-Cuban reports People. An online petition asking for more diversity in the show had been started that had garnered widespread attention and support. As creators of one of the most popular and influential franchises on television, ABC and Warner Bros. have an opportunity and responsibility to feature Black, Indigenous, People of Color (“BIPOC”) relationships, families, and storylines. The franchise, and all those who represent it, should reflect and honor the racial diversity of our country--both in front of and behind the camera," the petition read.

It added, "Representation matters, and it is one of the most important ways our country can embrace its diversity and evolve. With this petition, Bachelor Nation calls on ABC and Warner Bros. to take the following actions to combat racism." Within five days, the petition gained 89,062 of the 150,000 required signatures. The network must have noticed this demand and with the present times also highlighting the question of race in the country, they seemed to have seized the opportunity. The show's producers have been heavily criticized for not having cast a person of color in the lead in its 18-year history of 25 seasons despite being one of the most highly-rated shows.

According to Variety, Lindsay highlighted this sentiment during an interview last week when she said, "We are on 45 presidents. And in 45 presidents there’s been one Black president. You are almost on par to say you’re more likely to become the President of the United States than you are a Black lead in this franchise. That’s insane. That’s ridiculous. It’s been asked of me, will I continue in this franchise if it continues in this way. I can’t. I have to see some type of change. It’s ridiculous. It’s embarrassing. At this point it’s embarrassing to be affiliated with it.” Speaking about why they felt the need to cast James as the lead now and not before Rob Mills, ABC’s top unscripted executive who oversees the show at the network said, “Matt was somebody who was on our radar and we were thinking about him."

He added, "We were thinking do we announce him early, or do we put him on Clare’s season and then announce him later, if it doesn’t work out with Clare? We didn’t make a final decision until recently, but this has been talked about for quite some time. Certainly no one is blind to what is happening in the world, so hopefully this announcement serves as a bit of optimism during a time that we can really use this. But I don’t want this to look like we’re patting ourselves on the back or taking a victory lap. We don’t want this, in any way, to seem like a cure-all and seem like, ‘Hey! Look what we did here!’ We know this is a few grains of sand in a very big hourglass. It’s taken a while to get where we are and we will continue to go further, and I acknowledge it may not be enough."