The former civil engineer has impressively been in so many movies and shows, paving the way for Asian Americans in Hollywood. 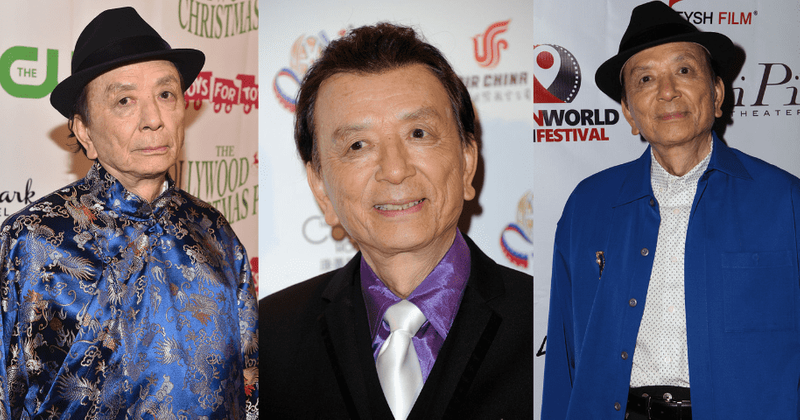 James Hong is a leading veteran of Hollywood and a cross-cultural icon. With over 600 credits to his name, he may be the most decorated film star of all time. His early career had him working with a degree in civil engineering from the University of Southern California. Times were hard and parents had to be taken care of and he continued trying to find work as an actor and a comedian while working for Los Angeles County building roads. His official stats, as of July 2020, include 469 TV credits, 149 feature films, 32 short films, and 22 video games, per his IMDB page.

Hong can be spotted either speaking Mandarin or English in several films and series; most notable are his appearances in The Day the Earth Stood Still, Wayne's World 2, Kung Fu Panda, Seinfeld, The Big Bang Theory, and several other features have made him the stuff of legends. It's hard to forget him in Blade Runner, though his big break came on a TV show called You Bet Your Life hosted by Groucho Marx.

"I did impersonations of Groucho, James Cagney, and so forth," Hong said to CNN. His appearance was a hit. "I got the second-biggest fan mail ever on the Groucho Marx show," he said. "All of a sudden, they wanted me to be in a movie," Hong said. That movie was Soldier of Fortune, a 1955 film starring Clark Gable. "It was just some kind of experience I never forgot, to act with Clark Gable. Then, right after, I got my union card and I started one after another. I had to quit civil engineering," Hong said.

That went on to guarantee him a contract with an agent and thus began his career in Hollywood. He was inspired by his parents and his father's herb shop. The actor recalls standing in front of a mirror as a child and practicing his roles yet there was a time when acting was out of the picture. "Well, you know, Chinese parents want you to do some professional jobs rather than be an actor," Hong says. "Being an actor is like the last rung in the ladder of professions. They don't even call it a profession because it's shameful to demonstrate your feelings in front of an audience. You were taught to be kind of quiet and to keep to yourself."

"All the laundrymen from Minneapolis had nothing to do on weekends, so they would gather at my father's store, herb store," Hong recalls. "I remember that, because we'd have those little wooden stools and they all gathered there, and they hired these Chinese opera people from San Francisco to come and do their thing ... I was only a little boy. You watch them with wide eyes, 'Wow! What a profession.'"

The actor with 500 credits and counting https://t.co/mLr6ZkPl4j

Even during his heyday of acting in dozens of movies and shows a year, he noted that the earlier roles were limiting and there were many stereotypes to overcome. "Asians were put into a movie or TV mainly as a gimmick," Hong said. "We were never thought of playing the main roles, the leading people. That's the way it was." "From then on, it was 10 movies or TV [shows] a year," Hong recalls. Those early roles, however, were limited, to say the least as the actor said: "I did the best as an actor to overcome the cliché-ness because I had to in order to keep working, I took those roles and then I used what my teachers had taught me and put the real feelings, even if it's a villain ... I try to find what makes the person really that person."

James Hong, who has hundreds of acting credits, paved the way for so many other Asian Americans in Hollywood.