Is Disney’s Goofy Actually a Cow? People Are Losing Their Minds

Social media users are debating whether the beloved Disney character is a dog or a cow. 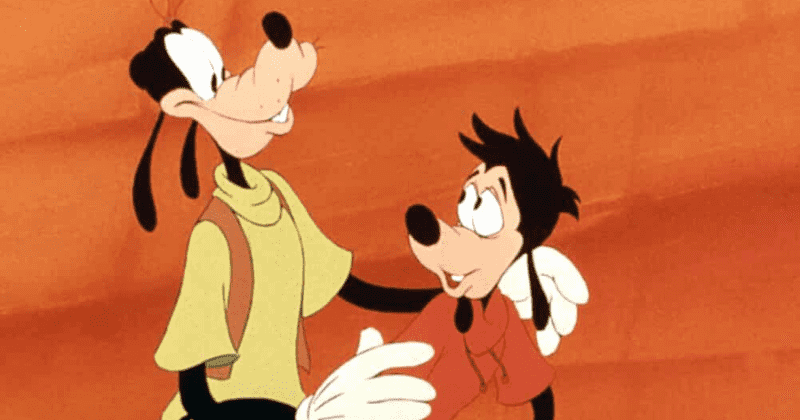 Disney has made it clear that Mickey is a mouse, Donald is a duck but never clarified the inspiration behind Goofy. While some of you might have immediately scoffed and said, "He's a dog, duh!" others might have fallen into the internet's conspiracy rabbit hole and said, "I was today years old when I learned that Goofy is, in fact, a cow," while looking off into the distance and sighing. The debate about Goofy's origins is ongoing on social media. Some claim he's a cow from the Alps while some state he's just a dog living in the cartoon world.

It's still uncertain as to why knowing the species of a cartoon character is of utmost importance but the debate is interesting nonetheless. An article published on Reel Rundown questions the real species of Goofy. Calling Goofy's mistaken dog identity as a "cover-up" the article delves into proving that he is actually a cow. "Goofy has always been thought of as an anthropomorphic dog or a "dog with human features"—according to Disney's Mouselinks. However, what the Disney establishment isn't telling you is that goofy is really a cow. To be specific, an Aberdeen Angus cow, a fact that Disney would love to cover-up considering that Goofy's national origin is anything but American," the post stated.

I just found out goofy is a cow not a dog pic.twitter.com/xsNuP2ILgW

It went on to claim that for reasons that had to do with nationalism during the time, they decided to change the origins of Goofy to that of America. The site also claimed that they projected Goofy as a dog and not a cow, since Americans think dogs are lovable and cows are eatable and they did not want that. They listed out physical, hereditary, romantic evidence to prove that Goofy is a cow. For instance, Goofy may look like his pet dog Pluto but his nostrils are flaring and big, like a cow, it stated. Moreover, his teeth are flat which is a characteristic feature of a herbivore. His bovine origins are said to be that of the Angus cow from Scotland, a hornless breed of cattle.

My whole childhood was a lie😂😂😂😂😂😂😂 pic.twitter.com/h4g6VabfhA

According to the article, Goofy's true identity was concealed to make his character sell more. Goofy was created in 1932 and his original name was Dippy Dawg. But it was only after his name was changed to Goofy that he found fame and success. His "how-to" series of films were a huge hit and there are many Goof spin-off movies, series, and video games as well. Another point the article makes is that Disney has always paired couples of the same species. Mickey and Minnie, Donald and Daisy, why would Goofy be any different when the love of his life is Clarabelle Cow. Even though Goofy has a son named Max who he had with a wife no one has actually seen. This conspiracy has gotten a lot of attention and many Goofy fans are also set to prove that he is a dog. Here's why the article may not be anything more than a hoax.

But then again Pluto exists. Are there two skinny ass dogs in the same universe? To be clear, Ive never heard Goofy was a cow but I've wondered.

Disney animator Art Babbitt, the man who created Goofy sent out a memo written in 1934 stating, "Think of the Goof as a composite of an everlasting optimist, a gullible Good Samaritan, a half-wit, a shiftless, good-natured colored boy, and a hick. His brain is rather vapoury. He laughs at his own jokes, because he can't understand any others. He is very courteous and apologetic and his faux pas embarrasses him, but he tries to laugh off his errors. He talks to himself because it is easier for him to know what he is thinking if he hears it first." Straight from the horse's mouth and no Babbitt is a human, that is just a figure of speech. Even the character archive of Goofy states the same.

We're happy to settle this debate! Goofy is most definitely a dog! 🐶😊 -Nina pic.twitter.com/ujvPejD0pN

"Goofy was created as a human character, as opposed to Pluto, who was a pet, so he walked upright and had a speaking voice," it stated. If this is not satisfactory evidence, Disney has settled this debate themselves. In a tweet to a distressed person enquiring Disney about Goofy's species, Walt Disney World Guest Service said, "We're happy to settle this debate! Goofy is most definitely a dog!" So there we go, Goofy is a dog.