Anastasia Pokreshchuk has got so many fillers that she has actually lost count. However, she still claims her cheeks are too small 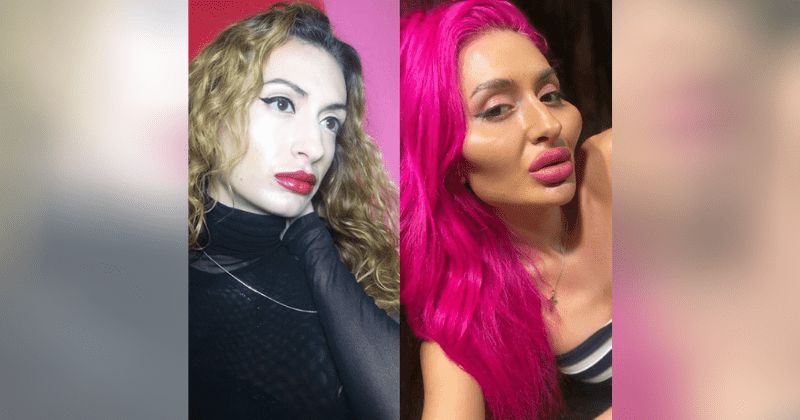 It may be a common urge to pinch chubby cheeks because of cute it looks. However, the cheeks of this Ukrainian Instagram model, Anastasia Pokreshchuk, could be the most expensive cheeks you may have ever pinched. And according to her, the world's biggest cheeks as well. Despite her claims that she already has the biggest cheeks, she says she is looking to get them done even larger. In fact, she has got so many fillers that she has actually lost count. Her cheekbones even jut out of her face now. Although she still believes they are too small.

The 30-year-old who lives in Kyiv got her first filler about four years ago. Since then, she has spent over $2,000 on cheek fillers, reported Mirror UK. She says she has no plans to stop either. "You may think that they are too big but I think that they're a little bit small, I need to refresh them again soon," Pokreshchuk stated. In addition to her cheeks, she also gets fillers done on her lips, as well as the corners of her mouth. She also has botox on her forehead and her jaw. She has even got an operation done on her chin to reshape it and make it sharper.

“After I had the injections and saw the changes in my cheeks, I fell in love with them," she said, according to The Daily Star. "I love them, I want them to look like this and I’m very happy. I regularly inject other parts of my face myself. I understand that they look weird for other people but I don’t mind.” Her extremely chiseled and unique features have garnered a huge following for her on Instagram. She currently has more than 220,000 followers on the platform. Many of her followers rave about her appearance every time she posts selfies.

But with looks as unconventional as hers, the internet is not always filled with supportive people. "I've had people tell me I am an ugly b**** and that I should kill myself, but when I see it I just laugh it off and ignore it," she said. Her interest in cosmetically modifying her appearance has pushed her to learn and implement steps to properly and safely transform her face in the future. "It can be dangerous, but I do it with doctors and now I'm learning cosmetology in an online school," she told This Morning show. She has plans for many more surgeries in the future as well.

She states that her look is still incomplete. She hopes to achieve a curvier figure in the future as well as a bigger chest. Pokreshchuk added: “I want to get a boob job because nature didn’t give me any breasts at all.” Even though a lot of people may not understand why Pokreshchuk opted to have so many fillers, the influencer is confident in her choice and looks now. However, it did not start out this way, she revealed on the This Morning show. "I was like a grey mouse. My nose was too big. And now I have big cheeks and big lips it looks OK."

Pokreshchuk is not the only one with an interest in fillers. Andrea Emilova Ivanova, who was also unhappy with her lips, has now managed to triple it in size. "'I like my lips now, more than before and I feel very happy with them, because I look prettier with bigger lips, and in Bulgaria, this is the fashion now. I have visited almost all clinics for aesthetic procedures in Sofia and I put in my lips almost all kinds of lips fillers: Princess Volume, Princess Filler, Hyaluronic Vital Esthetique, Apriline Forte, Revolax Deep, and Teosyal," Ivanova said.

Just when you think you have seen it all Woman TRIPLES the size of her lips in a bid to be more 'fashionable' the world Is beyond repair https://t.co/yH6Qu8D2DT via @DailyMailAU #lips #fillers #craycray