Anna Leikovic reportedly took a shower and proceeded to meet her boyfriend after commiting the murder. 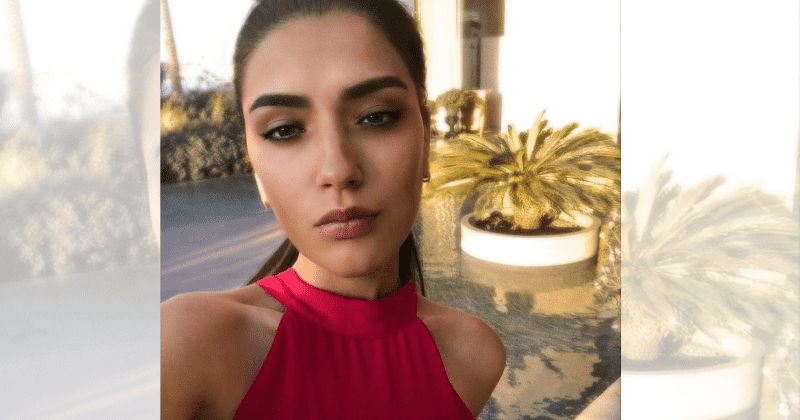 An Instagram model and medical student has been detained after killing her mother by cutting out her heart and lungs. Anna Leikovic stands accused of gouging out her mom's internal organs, including her lungs and intestines, with a kitchen knife. Hailing from Comrat, Moldova, the 21-year-old then took a shower and went to meet her boyfriend. According to Mirror, Leikovic stabbed her mother Praskovya Leikovic, 40, who struggled before succumbing to the horrific injuries. A police source spoke to Komsomolskaya Pravda and said: "She stabbed her mother with a knife and then cut out the heart of a living woman. The suspect then “decided to rip the heart out of the chest of a dying woman. It is hard to believe but she cut out the heart in the most literal sense of the word," the source added.

Leikovic, who has over 9,400 followers on Instagram, appeared in court after being detained by the police. In a video, we see the woman lying down on the dock, scrubbing her nails clean, and getting up to sit on a bench when the judge arrived in the courtroom. When a journalist asked her when she had killed and mutilated her mother, she laughed and said: "Goodbye." As per reports, the incident occurred when the mother arrived home from Germany after a work assignment and thought her daughter was on drugs. She then arranged for the young woman to get treatment, which angered Leikovic.

However, her uncle Vladimir said that the medic trainee was even in rehab. "This was a very good family. Praskovya loved her daughter so much, and she spent as much time with her as she could. It took two hours for the police to tell me Anna is the main suspect. I could not even imagine this." Lyubov Yanak, a police spokesperson, shared her thoughts on the incident and said: "The detainee is the main suspect. There is no likelihood of other suspects." So far, no motive has been found with regard to the incident. "A thorough investigation is required to clarify the motive for the murder," the spokesperson added.

In another instance of a young person killing their mother, a 19-year-old man named Garrett Behlau strangled his mother to death as his father watched the incident unfold live on a security camera almost eight hours away. Warren Behlau was making a routine check on his security camera when he was shocked to find his son, who is autistic, strangling 54-year-old Theresa at their home in Chattanooga, Tennessee.

Warren immediately dialed 911 but before help could arrive his wife passed away. He then watched his teenage son drag her body out of view from the camera, according to arrest documents. The teenager was charged with murdering his mother, reported The Sun. Warren Behlau had been out of town for work when he randomly checked the security installed at their home in Chattanooga, Tennessee. He was stunned to see his son choking his wife before dragging her body away. Warren called the Chattanooga Police at about 2.30 pm informing them of what he saw and asked them to rush to their home. The cops arrived to find Garrett sitting on his bedroom floor. When they questioned him about his mother's whereabouts, he pointed to forests and said she was in the woods, the affidavit read. The cops started a search for Theresa and found her body in the forest. The 54-year-old's head had been covered in plastic.