Toddler Smoked 40 Cigarettes A Day, Later Quits After Getting Milk And Biscuits For A Year 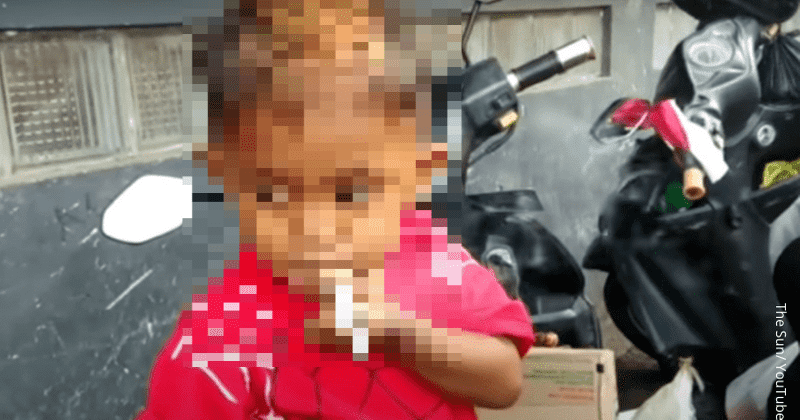 A toddler from Indonesia who gained worldwide infamy for smoking 40-cigarettes a day has finally quit the habit. Rapi Ananda Pamungkas started chainsmoking after picking up cigarette buds thrown by smokers outside his parents' food stall. He soon got addicted and would throw tantrums and "go berserk" if he did not get his fix his mother said according to a report in Mirror. Soon Rapi's story reached Indonesian health authorities who traveled to Sukabumi, to educate his parents about the dangers of smoking. They also promised them a year's supply of milk and biscuits for the toddler. This was the intervention needed to get Rapi off of his habit. His mother has said he has since stopped smoking. Maryati said she is had to constantly obey her son's whim to calm him down and was now relieved he had stopped.

"My child is used to smoking while drinking coffee and eating cake. He has been smoking every day for around two months. If I don't give him a cigarette, my child goes berserk," she said. He would even require a cigarette before he went to sleep at night. Visuals of the boy holding a cigarette while smoking in a marketplace as people surround him became viral earlier. About her son kicking the habit following the visit by government officials, Maryati said, "Yes, he's stopped smoking. I am happy. Before I was afraid not to let him smoke." She added one morning she went to the market and he did not crave his usual fix for cigarettes and coffee. "He looks at the cigarette butts on the floor but does not pick them up. Usually, he would take them and suck them," she said.

the old folks of this boy must be held responsible

Maman Surahman, a health official said, ''We, from the health center, are responsible for handling the child's nutrition. After the health centre became involved, his condition has improved and the problem has gone away. 'In order to stop him from smoking, we have given education to the parents. When children ask for cigarettes, they must be given scary images. This will make the child afraid. These are images of skulls, hollow throat, and so on." The Cibadak Public Health Center head added,  "Doing this means that gradually this child has stopped smoking. We are also coordinating the government for monitoring him. This is not only the responsibility of the Health Office. The therapy will also be a collaboration with the Office of Social Affairs."

Young addict: Rapi Ananda Pamungkas, pictured before the government stepped in to help him ... https://t.co/LPSW2OfeHc via @MailOnline

According to Metro, Rapi's mom said he had suffered some health scares as a result of his habit and she was concerned about his health. "The other day, he got a fever and his body was going hot and cold. That’s never happened before," she said. The harmful effects of smoking is well known, but on children, these dangers are magnified. Speaking specifically about Rapi, Colin Mendelsohn, Associate Professor at the School of Public Health & Community Medicine, UNSW in Sydney, Australia, said, "Rapi faces a host of health hazards if he keeps it up. Animal studies have shown nicotine damages the developing brain. It can lead to permanent problems with brain functioning, emotional development, and other cognitive functions. All the other symptoms – heart disease, lung disease, cancer – will kick in at a much earlier age."

He added, "What’s more, the younger kids start, the more dependent they become, so he will become addicted to that and primed for other addictions as well."