Opinion: If You Support Donald Trump, You Are A Racist. Period.

The President has time and again revealed to be a racist and it's time to brand him one, taking into account all his problematic statements. 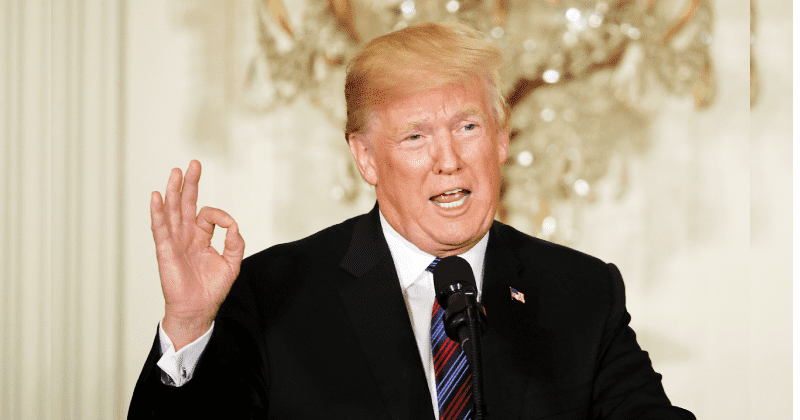 It's 2020 and there really shouldn't be any debate as to whether the American President is racist. Donald Trump has revealed himself to be a racist long before he became President in 2016 and continues to do so regularly. Considering all the racist comments Trump has made over the years, it's fair to say that those supporting him are racists too. Way too many politicians and journalists have used mental gymnastics to hide behind terms such as "racially charged” and “racially motivated” while giving Trump a free pass for his racist comments. It's important to call him out for who he is — a racist.

“I’m not a racist. I am the least racist person you’ve ever interviewed,” said Trump when he was accused of racism in 2018. Ok now, we have to also label him a liar. Let's look at some of the incidents that clearly prove Donald Trump is a racist. For starters, Trump made the newspaper headlines after his real estate company was sued by the Justice Department for discrimination on the basis of race, in the year 1973, reported The New York Times. When “Central Park Five”, a group of black and Latinx teens, were wrongly accused of raping a white woman in Central Park in 1989, Trump took out full-page ads in all four prominent New York newspapers calling for them to be “executed”, even before the trial had begun. They would be convicted of assault, robbery, rape, sodomy, and attempted murder in 1990.  In 2002, confession by another person supported by DNA evidence would exonerate the five. Trump responded by calling the settlement of $41m awarded to them “a disgrace”. Trump continued to claim the Central Park Five were guilty and even brought it up during his 2016 Presidential campaign.

This is the full-page advertisement Donald Trump took out calling for the execution of the Central Park Five.

They were later exonerated by DNA evidence, although President Trump maintains that they are guilty. pic.twitter.com/vspZemnW93

The Obama birther controversy
Trump gained considerable mileage from the birtherism controversy against former President Barack Obama. He repeatedly claimed that Obama was not born in the USA, a claim he would repeat for 5 years. “Our current President came out of nowhere, came out of nowhere. The people who went to school with him—they never saw him,"  claimed Trump. After Obama released his birth certificate, Trump called the document a fraud.

"Mexicans are criminals"
Donald Trump repeatedly pushed racist stereotypes in his assessment of Mexicans, “They're bringing drugs. They're bringing crime. They're rapists. And some, I assume, are good people". He constantly painted Mexicans as thugs and promised to be the “savior” by building a wall to keep them out.

Neo-Nazis are "fine people"
In 2017, The far-right organized a rally to “Unite the right”. Consisting exclusively of whites, the rally featured white supremacists, white nationalists, neo-Confederates, Klansmen, neo-Nazis. Racist, anti-semitic, and anti-muslim chants dominated the rally. The rally was awash with confederate and nazi symbolism. Counter-protests cropped up and a self-professed Neo-Nazi drove a car into the crowd of counter-protestors killing a woman and injuring 35 others. Trump chose to not blame the far-right, his core supporter base and instead, condemned "hatred, bigotry, and violence on many sides" and claimed there were "very fine people on both sides".

"Shithole countries"
During a meeting, Trump noted of  immigrants from El Salvador, Haiti, Honduras, and African countries, “Those shitholes send us the people that they don't want.” The White House claimed he didn’t use language that hurt them.

"Go back to your country"
He accused four women, Alexandra Ocasio-Cortez of the Bronx, Rashida Tlaib of Michigan, Ilhan Omar of Minnesota, and Ayanna Pressley of Massachusetts, who were all raised in America and are citizens of this nation, of not being American enough. The distinction of “others” and “us”, a classic racist trope, is a well Trump has drawn from on a regular basis.

This is racist, Biff.

The only thing worse than actually being hateful and racist, is casually wielding hate and racism to activate your base in an unrelenting, painfully transparent, and crushingly on-brand effort to soothe your only true devotion: feeding your insatiable ego. https://t.co/WfU1uUp9Ya

When questioned about Trump's record, Alexandria Ocasio-Cortez flat out labeled him a racist. “Yes, no question,” she told Anderson Cooper, before elaborating. “When you look at the words that he uses, which are historic dog whistles of white supremacy, when you look at how he reacted to the Charlottesville incident where Neo-Nazis murdered a woman vs how he manufactures crises, like immigrants seeking legal refuge on our border, it’s night and day.” Now, after more than 130,000 Americans have died from Coronavirus, Trump prefers to refer to the virus as Chinese virus and Kung Flu virus to deflect from his disastrous handling of the pandemic.

Republicans who leaned heavily on Donald Trump's hate rhetoric in the run up to the 2016 election, continue to do so in 2020. The party has repeatedly failed the American people by refusing to call out a man who has revealed himself to be a racist. Funnily though, Trump is exactly what many predicted he would be. The patterns were there for all to see. It's the Republicans who will have no place to hide once the cover of Donald Trump is taken away from them, whenever that is. History will not judge Donald Trump kindly and the silence of the Republicans over the course eight years will forever be a blot on the party's history.

Disclaimer : The views expressed in this article belong to the writer and are not necessarily shared by shared.com