The 'Birdbox' star has had a tumultuous love life and difficult past. However, she powered through and has built a life of love and joy with her children and partner Bryan Randall. 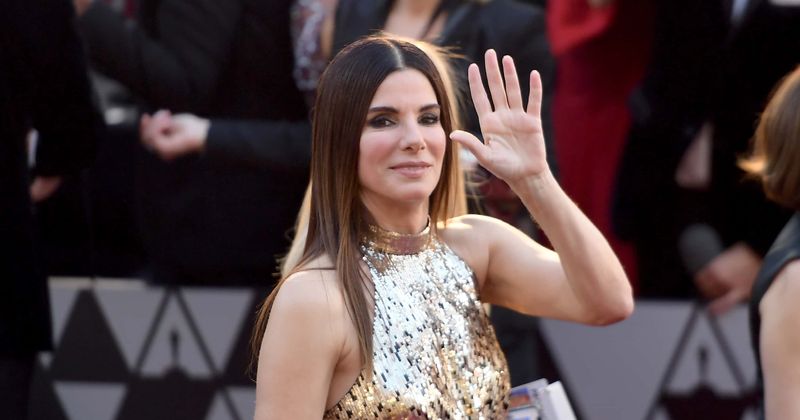 Sandra Bullock is a lot of things: award-winning actress, kind and active philanthropist, loving mother, and doting girlfriend. However, it was not an easy journey to get to this place in her life. Her path to success and love has been filled with many obstacles especially as a public figure who has been in the media's spotlight for a long time. She began her acting career at the young age of twenty-three. Ever since then, she has had to tough it out in Hollywood in order to become one of the biggest names in the industry. In 2010, she even went through a painful and devastating divorce from her first husband Jesse Gregory James, whom she married in 2005 after dating for about a year. Now, she is dating Bryan Randall, and they seem like a match made in heaven.

In a 1996 interview with Dennis Hensley for Detour, she explained, "For a year I was by myself trying to date and I'm telling you dating was the worst experience I ever had. I seem to have attracted everyone whose intentions were not the best." At the time, she was thought to be dating film tech Dan Padilla. A few years down the line, she got into a relationship with James. They married each other in 2005. Unfortunately, he ended up cheating on her during their five-year marriage.

When this occurred, Bullock experienced deep sadness and guilt. An insider told E!, "She was embarrassed by what he did and in ways blamed herself at the time. She did consider Jesse a father to Louis, so that was one of the hardest parts of breaking up." Louis is her now 9-year-old son whom she adopted in 2010. Louis was born in January 2010 in New Orleans, Louisiana. While James was initially a part of the adoption process, Bullock proceeded with the adoption as a single parent once their divorce was finalized.

A few years later, the Miss Congeniality actress went on to adopt her second child, daughter Laila, who is now seven years old. Bullock adopted her in 2015. Regarding the day she finally brought the adorable baby girl home, she shared, "When Laila came to us and we were getting visits from Child Protective Servies, there was an afternoon when we were outside and Louis saw their car pull up and he ran next to Laila and asked the CPS workers why they were there. They replied they were there to see if Laila was okay. He replied, 'You’re not going to take her away, are you?' And at that moment, I knew I could stop worrying about whether I had found the right match. It was obvious I had."

She spent the next few years dedicating herself to her family and career, completely consumed with succeeding as a mother and actress. But it seems that Bullock took her own advice which she had shared all the way back in 1996: In order to get over someone, meet someone new. "I'm not saying go out and sleep with them," she explained. "I'm just saying go out and have a conversation and know that they find you attractive and go, 'Okay, I'm not the piece of trash that I thought I was two days ago.'" (We don't know how she could possibly think of herself as trash.)

That is when she met current boyfriend Bryan Randall, the owner of a successful photography business and ex-model. He's allegedly graced the pages of Vogue Paris and Harper's Bazaar Singapore and modeled for Hugo Boss and Saint Laurent campaigns. Multiple reports claim the two have been dating for a long time, though he has rarely been photographed with the actress. Despite his aversion for the paparazzi, Bullock claims he's the man she's been looking for her entire life.

In an interview with Entertainment Tonight, she once said of him that's he the type of partner "you can admire and be proud of and sit back and go, 'This is my man.'" But it's not just Bullock who's overjoyed about Randall. A source told E!, "They are soulmates. Their love is pretty deep and intense." If you're not a little jealous of their love already, here's another doozy - he's a great father too, it seems. To the Ocean's 8 star, being a mother always comes first and it appears she's found someone who believes in the same principles.

In a recent interview with InStyle Magazine, she revealed, "He's super kind. For the kids, he's sort of number one and I'm number two. But I get it because he's more fun and has better treats." If it sounds like Bullock is finally happy with where she is in her life, it's probably because she is. Not only is she deeply in love with her partner, but her children are incredibly affectionate with him too. As a father figure, Randall is an amazing support system for the kids as well as their mother.

She was once quizzed about her family and whether she was thinking of expanding it, she simply said no. "No, I think this is it," Bullock affirmed. "But everyone keeps saying, 'Never say never,' so I’ll say, 'No, I think our family is complete.'" As someone who loves spending time with her family away from the cameras and glamor, the actress has discovered and maintained a happy balance even after experiencing a tumultuous past. It just goes to show that no matter what you go through, there's always something brighter waiting for you on the other side.