The before and after picture of the attic space has people going crazy about it. 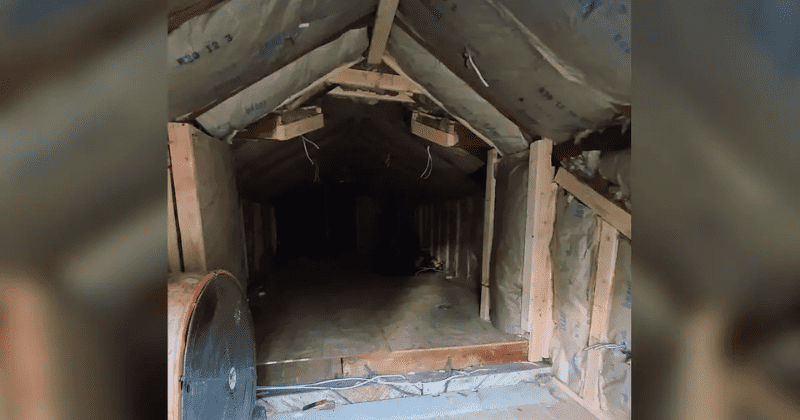 "One man's trash is another man's treasure", is an old saying and it looks like this Maryland family took it to heart and transformed what was once a dingy attic space into a spectacular walk-in closet. The Cabreras are the owners of Remodeling & Design LLC but as the pandemic struck, they were forced to shut shop and resign themselves to their home, reports People. Like millions across the world, the onset of the lockdown forced them to think on their feet so as to keep themselves occupied in these tough times. So they took up a DIY project of their own and remodeled their attic into something far, far special. What's more? The project was shared on social media and it became a viral sensation of sorts receiving over 400k likes and 70k replies.

anyways my dad built my mom a closet in the attic 💅🏼 pic.twitter.com/fIXAXg5Mmh

The couple's daughter Joserin Cabrera posted a series of before-and-after pictures on Twitter and wrote: “Anyways my dad built my mom a closet in the attic." She later spoke to People and said: “My dad was very happy that the company has been receiving so much attention.” The pictures have caused interest in the family-run business to shoot up dramatically with prospective clients now barraging them with leads. “He's been working so hard to get the company to be known and it's finally happening,” the Cabrera daughter said about her dad Rodolfo and his four-year-old business.

These are the stairs that lead to the famous attic closet pic.twitter.com/KY0vKYKcR7

The project was also featured on House Beautiful, an interior design magazine, which reveals that it took close to three weeks and cost between $25,000 to $30,000 to complete. Rodolfo, the brains behind the beautiful design, spoke to the publication and said: "Honestly, my wife and I needed more space for our clothes. One day I went up to my attic and I began to think 'Wow, we have all this empty space that we can transform into something else.'" The business owner has been in the design space for over 18 years before branching out to start his own firm back in 2016. Coming to the house, the family purchased the 1925 house back in September 2019 and when they fell a shortage of closet space, they decided to convert the unfinished space on top into one.

this is why we need handymen in our lives @electricmatilda

The transformation has prompted thousands of people on Twitter to plan similar spaces of their own while others have been hilariously slagging off their partners for their lack of ingenuity in creating similar places. In a funny response, Wesbet wrote: "He built her that room so she would spend more time up there and not bother him. He ain’t slick." Amy Czumak wrote: "My jaw literally dropped! My God, this is too dope! Your daddy is the blueprint and whoever you marry better be able to match this type of energy!" Mychal with a Y" wrote: "Wise beyond his years. Best way to make sure he and his wife stay in shape is to put all their clothes three floors up...forgot your socks ... stairs... mid-day fit change ... stairs... spilled food on your shirt ... stairs." Barr wrote: "Wow. This is amazing. Some people actually grew up in a love filled home, must be nice.. I owe my children this kind of good life. No wonder y’all believe in love."

The design work has hundreds of people wishing they lived in the house or they had a partner like the father. Pray Then Slay wrote: "Scuse me, ma’am....but this is a whole ‘nother house in your attic! All jokes aside, YOUR DAD IS THE FRIGGIN G.O.A.T."

Sh!t I need to marry either a Bob, Marcus, Jung, Liu, Jose, Kwame, whatever the builder. Doesn't matter what they are as long as they a builder lol 😆