Husband Of 'Arizona Karen' Apologizes For Her Racist Behavior, Blames It On Mental Illness 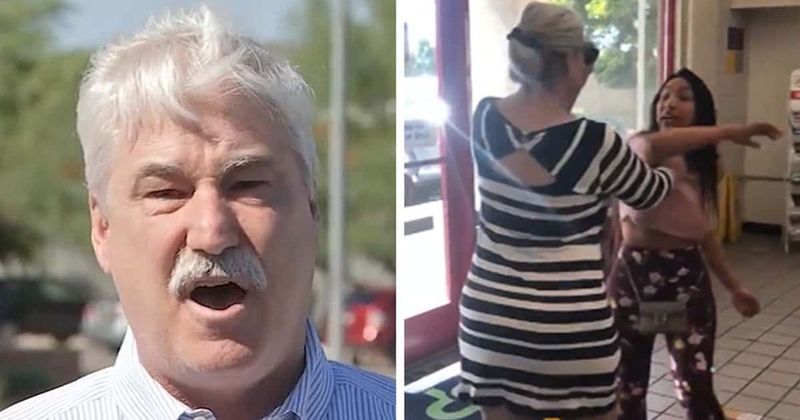 A video of a "Karen" from Arizona recently went viral. As we reported earlier, Facebook user Greg Conn recorded the video of the white woman who was seen arguing in a gas station with a Hispanic woman. The older woman stormed inside a gas station and demanded help when her gas pump didn't work. In his Facebook post, detailing the incident he wrote: Racism is alive and well, this just happened at the shell gas station in Phoenix, Greenway and 7th st. I was checking out and this lady comes into the store all flustered yelling at the clerk to get another clerk to help because the line was getting long and her pump wasn’t working. Another clerk came out and she said to the young lady in the video, she can go checkout in an authoritative manner. The young lady said “thank you but I don’t need your assistance”. She was clearly annoyed with the lady like everyone else in the store. At this time the lady told the clerk not to serve her, told her she can leave, and go back to her country. That’s when I took out my phone, and the rest is here in the video.

The store manager should have told Karen to leave. And not come back. Ever.

Things escalated after "Karen" got handsy with the other woman, who then slapped her square on the jaw. The racist woman was left absolutely stunned and stormed out. The man recording the footage claimed that he heard the woman, whom he describes as a Karen, tell the Hispanic lady to "go back to her country", before telling the clerk behind the register not to serve her. FOX 10 identified both the women. Karina Rodriguez was the one who slapped Tamara Harrian. Her husband Bob Harrian said for over a year, his wife developed paranoia and signs of fabrication following a break-in incident and it has been happening in front of family members, friends, and members of their local church. The level of paranoia has also created episodes of mental health concerns. He reached out to Karina in an emotional message and has tearfully apologized for the “indefensible” slur — blaming it on mental illness.

"Karina, I don't know what to say. I'm just so sorry," Harrian said. "I'm just so sorry that this happened. You never walked into that store thinking something like this was going to happen. I understand, and I'm sorry. I'm sorry for what she said. It was very hateful. It was -- it's indefensible, but I just have to tell you this. It's her mental illness. A year ago, she would never done -- never have even thought of that." He clarified that he wouldn't sue her for slapping his wife and also mentioned that a crisis management team was at their home on Monday. Bob said that he tried getting his wife to get help but was never able to. Now he hopes that this unfortunate incident may be the wake-up call. “This is your spouse you have known and loved for 30 years and she is starting to slip away. And you are trying to get her help but you can’t get her help because she doesn’t think there is anything wrong with her,” he told 12 News in a separate interview.

That was the most satisfying slap I have EVER seen. Yasssss girl #slapallthekarens

Karina also shared her side of the story. "My heart hurts. When I left I cried a lot, it makes me very sad that this is happening," she said in a Spanish interview with Telemundo. "She came very authoritatively as if she were status in which we will have to serve her, a level that we did not have." The gas station also responded to the incident. In a statement, Superpumper said: "The woman shown in the video is NOT and never has been a manager, employee, or owner at Superpumper. She has been banned from all our locations. Superpumper does not condone any type of racist or hate speech in any of our stores or offices. We strive to provide a peaceful, safe, and enjoyable atmosphere for all customers and employees."