In a series of hearings last week, e-cigarette company Juul Labs was accused of intentionally targeting its products to teenagers, paying schools upwards of $10,000 to get access to students. 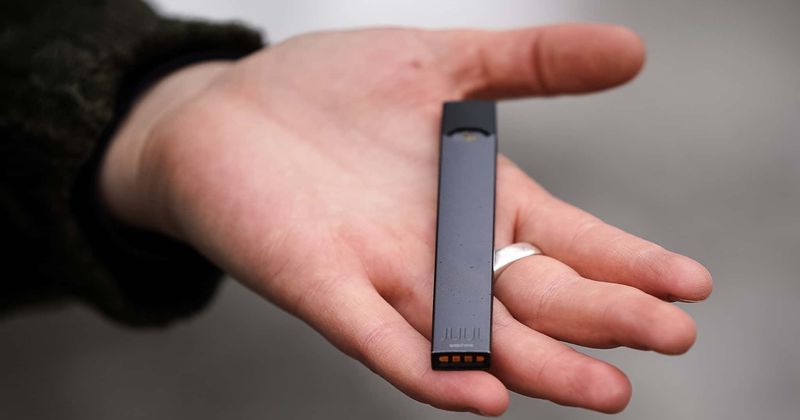 In a hearing earlier this week, a House panel accused popular e-cigarette company Juul Labs of making a "sophisticated effort" to target their products towards teenagers and children in schools and summer camps. The House Committee on Oversight and Reform hearing is investigating Juul's role in the growing nicotine addiction in youths. Last year, the Food and Drug Administration threatened to remove Juul devices from the market unless the company made their products inaccessible to youths, following which Juul stopped shipping their flavored nicotine pods to retailers.

While the company emphasized these efforts in the hearing, a memo released by the House subcommittee reveals that Juul Labs paid schools upwards of $10,000 to get access to students. The panel’s investigation was based on about 55,000 documents and was detailed in the hearings as well as in a memo presented by the subcommittee. One item on the memo states that Juul Labs paid a charter school organization in Baltimore $134,000 last summer, to set up a five-week summer camp to "teach children healthy lifestyles". Children as young as 8 were recruited for the camp and the curriculum for said camp was created by Juul. Juul officials say that the youth programming effort involved around six schools and youth programs, and ended last fall, according to The Washington Post.

During the series of hearings, two teenagers also testified that a Juul representative had visited their classroom in April 2018 as part of a health presentation, and had said that the e-cigarettes were "totally safe". Caleb Mintz, now 17, testified that Juul representatives visited his 9th-grade classroom as part of a “mental health and addiction” seminar, in which teachers were asked to leave the room. Mintz testified that the representative repeatedly said that Juul is "totally safe". Mintz also said that he believed the representative was sending mixed messages and playing up to the rebellious nature of teens by following up every "totally safe" message with the statement, "But we don't want you as customers." Mintz recalled, "For my classmates who were already vaping, it was a sign of relief because now they were able to vape without any concern. I believe that after this meeting, kids were more inclined to vape because now they thought it was just a flavor device that didn't have any harmful substances in it."

The other teenager who testified, 16-year-old Philip Fuhrman, recalled that Mintz asked the representative what to do if a friend (in this case, Fuhrman himself) was addicted to nicotine. Gizmodo reports that the representative assumed they were talking about traditional cigarettes, and showed the two teens a Juul, telling Mintz to recommend the device as it was a “safer alternative than smoking cigarettes, and it would be better for the kid to use that.” Fuhrman also testified that the representative told them that the FDA was about to announce that Juul was “99% safer than cigarettes” and that FDA approval was imminent.

E-cigarette company @JUULvapor funded SUMMER CAMPS FOR KIDS as young as eight in exchange for their data, like test scores, surveys, and activity logs.

Think that's messed up? So do I.

And I can only imagine the possible uses of that data in the hands of big tobacco. pic.twitter.com/Qnqc8epszC

According to The New York Times, Juul gave the Police Activities League in Richmond, California, $90,000 to offer the company’s vaping education program “Moving Beyond” to middle school and high school students who faced suspension for using cigarettes. Ashley Gould, chief administrative officer of Juul, told the subcommittee that the short-lived youth prevention and education program was designed to educate young people about the dangers of nicotine addiction, The Washington Post reports. “We had hired education experts that we thought would be helpful to stop kids using Juul and we then received feedback.” She clarified that the programs ended in September 2018, adding, “We take the criticism that that was not well received.”

In response to the accusations, Juul co-founder James Monsees told lawmakers that the company has tried to correct its "missteps", highlighting the fact that the company decided last year to stop selling their flavored nicotine pods in retail stores, instead restricting them to age-verified online sales. An aside: as anyone who has ever used the internet knows, a landing page with a button that says "Are you over 21?" isn't exactly the most foolproof age-verification system. “We never wanted any non-nicotine user, and certainly nobody underage, to ever use Juul products,” Monsees said during the hearing. “Our company has no higher priority than fighting underage use.”

Matt Myers, president of the Campaign for Tobacco-Free Kids, said, “Juul’s failure to take any responsibility for the marketing they use is extraordinary.” Myers added, “If you look at the curriculum, it’s shocking,” pointing out that the antismoking curriculum used by Juul removed all the components related to warning children about industry marketing and the use of flavored products. “There’s no way that’s an accident," he said. "They took out sections that have the greatest impact on preventing youth from using their product.”

Myers also noted that Juul's programs resembled educational programs created by tobacco companies in the 1980s and 1990s. These programs focused on smoking as an adult choice and omitted the role of marketing, making it more likely that teenagers would smoke. According to The New York Times, the FDA has also been trying to determine whether Juul was intentionally marketing its products towards teenagers. Among the documents presented at the hearing was a detailed company plan to recruit celebrity influencers to spread the word about the devices during their early days on the market.

Dr. Niaura "we're smart enough that we in public health and Congress can both prevent youth initiation of e-cigs while helping adult smokers switch." #juulhearing

An article by Vox highlights the strategies present in Juul's early advertising. A team of researchers with Stanford Research Into the Impact of Tobacco Advertising has shared their study of the company’s marketing campaign between Juul’s launch in 2015 and fall 2018. After looking at thousands of Instagram posts, emails, and ads, the team came to a firm conclusion: Juul’s marketing “was patently youth-oriented.” “What Juul did that’s different is it exploited social media, where American middle and high school kids live,” Stanford professor Robert Jackler told Vox. “That was their innovation.”

Former FDA commissioner Scott Gottlieb warned in September that the use of vaping devices was one of the country’s biggest health challenges and that it showed no sign of slowing down without regulatory intervention. “Unfortunately, I now have good reason to believe that it’s reached nothing short of an epidemic proportion of growth,” he said in a statement. “I use the word epidemic with great care. E-cigs have become an almost ubiquitous ― and dangerous ― trend among teens. The disturbing and accelerating trajectory of use we’re seeing in youth, and the resulting path to addiction, must end. It’s simply not tolerable.”