The veteran Italian-American actor died from pneumonia on Saturday. 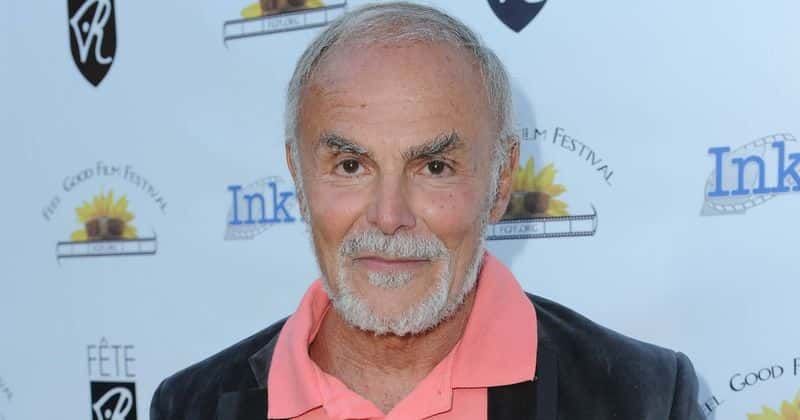 Hollywood veteran John Saxon, known for his roles in three Nightmare on Elm Street films and Enter the Dragon, died at the age of 83 in Murfreesboro, Tennessee on Saturday. His cause of death was ruled as pneumonia, his wife Gloria Martel told The Hollywood Reporter. The news of his death shook fans, who took to social media to express their grief.

"John Saxon died too?!?! This might be the worst f**king day of my life," a fan tweeted. "RIP to one of the great presences to grace the screen. John Saxon, you are still a legend," another wrote.  "Oh man. This is a tough one. Rest In Peace John Saxon. You were the reason I would never Defund the Springwood Police. #HorrorFamily #MutantFam #SpreadTheHorror #JohnSaxon," a fan wrote.  "RIP to the legendary actor John Saxon. Here is a CustoMego version of his character Dylan Hunt from the TV pilot "Planet Earth". #Mego #CustoMego #JohnSaxon." tweeted one.

Thank you for all the horror memories and unforgettable roles, John Saxon. You'll be greatly missed. ❤ pic.twitter.com/WAJqY1kdp6

The Italian-American actor from Brooklyn was first noticed when he played a football star who bullies Esther Williams in The Unguarded Moment (1956). He was listed as "the exciting new personality John Saxon" in the film's credits. He had been discovered by the same agent who launched the careers of Rock Hudson and Tab Hunter. He signed on with the agent when he was just 17, studied dramatics for six months with Betty Cashman at Carnegie Hall, and then flew to Hollywood.

RIP John Saxon. I had the privilege of working with him once in 2006. Very good actor, very nice guy. https://t.co/m9PJ6xjtPg

Ten years after The Unguarded Moment, he played the role of a Mexican bandit opposite Marlon Brandon in The Appaloosa (1966) for which he won a Golden Globe award. In 1969-72, he played Theodore Stuart on The New Doctors rotating segment of the NBC drama series The Bold Ones. Saxon also had a recurring role in the drama Dynasty playing the role of Rashid Ahmed. His other noteworthy on-screen appearances include Joe Kidd with Clint Eastwood and Mitchell.  As one can see, in his long career, Saxon has played characters of various ethnicities.

Kung Fu movies, Italian gialli, Canadian slashers, multiple Nightmare on Elm Streets, more than one beach-centric horror movie and, uh...Hellmaster. John Saxon was a legitimately great actor but in the world of b-movies, he's about as legendary as they get. RIP pic.twitter.com/8dZyEXBRrJ

He also appeared in the 1982 television movie Rooster and was an occasional celebrity guest on the short-lived game show Whew!, notably during the series' final week. His extensive television credits include two years as Tony Cumson on Falcon Crest (1982, 1986–1988) as well as appearing twice, in different roles, on The A-Team, in 1983 and 1985. In recent years, he was a part of a number of independent movies and played roles in several TV series', including CSI: Crime Scene Investigation and the Showtime series Masters of Horror. He was a special guest on the Creation Entertainment – Weekend of Horrors 2010 on May 21, 2010, in Los Angeles. His last acting role was the 2015 film The Extra.

In the movie franchise he is well known for, Nightmare on Elm Street, he played a cop who is eventually killed by Freddy Krueger's skeleton. Fans took to social media to remember his legacy as a horror icon.

"Another great horror icon gone," a fan wrote. "Saddened to hear of the passing of the legendary John Saxon. My thoughts and prayers go out to his family and friends. Thank you John. Rest in peace. #JohnSaxon," another tweeted. "Damn, I loved John Saxon. A true international star. Worked with some of the great horror legends like Bava, Argento and Craven to name a couple. Thank you for the great catalog you’ve given us. Rest in peace, good sir," another tweeted. "Damn, super sad news of John Saxon passing away. I strangle enough just finished going through the entire Elm Street series this week... Great talent lost in the horror film family today," a fan added.

Saxon was married three times over the course of his life. His first marriage was with screenwriter Mary Ann Murphy, and his second one was to then airline-attendant turned actress Elizabeth Saxon.  He has been married to cosmetician Gloria Martel since 2008. He is survived by his sons, Antonio and Lance, grandson Mitchell, great-grandson John, and sister Dolores.