The incident is said to have taken place in Crimea back in 2019 but the man was convicted this month with a life sentence . 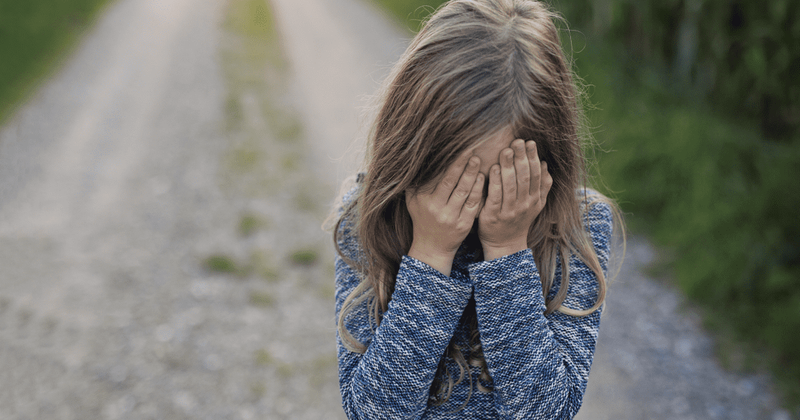 Cover picture for representational purposes only

Trigger Warning: This story contains details of child abuse and murder some readers may find disturbing.

A despicable human raped and drowned his five-year-old stepdaughter in a bathtub because her mom asked him for a divorce. Aleksandr Pilpenko, 44, was charged with the brutal murder of Daria Pilipenko at their home in Kropotkine, Crimea. Pilipenko brutally beat the child up before raping her and drowning her while she was having a bath, a Crimean Supreme Court heard on Monday, reports The Sun. He then dressed the girl's dead body and buried it outside the village. Then to ensure the blame doesn't come on him, he reported Daria missing. However, two days later, he confessed to the killing of the child and guided the police to the burial spot.

Monster raped and drowned child stepdaughter in bathtub after her mum asked him for divorce
https://t.co/mKPGzRS7wu

Olga Postnova, a police officer issued a statement with regards to the case and said: "The stepfather battered the girl during her bath time before committing acts of sexual nature against her. After that, he drowned her in the bathtub." Pilipenko was charged with murder and rape of a minor and was issued a life sentence in jail. Per local authorities, Pilipenko decided to murder the child after her 23-year-old mom Yekaterina said she wanted a divorce from him. The mother's relatives claimed that she had tried to end the relationship multiple times because he was abusive towards them. After the child's murder back n November 2019, the mother requested and received medical help. Due to the trauma caused by her daughter's death, she was admitted to a mental health facility, where she continues to receive treatment.

This is just harrowing, seriously kill him already put him on the streets and let the public deal with him, that poor mother, I’m so deeply sorry for her tragic loss, no words 🥺❤️

Her relatives said: "She 'takes Daria to school' and 'talks' to her. She does not believe that her daughter is no longer alive. At first, she realized that the girl was buried, but then something went wrong. Doctors give positive predictions." According to Amnesty, the war-torn region which was annexed from Ukraine by Russia in 2014 is known to record a high number of domestic violence cases. In a joint field operation by Amnesty International and Not a Private Matter, the group found that the region does not have safeguards for dealing with domestic violence and its victims, especially women. Oksana Pokalchuk, Director of Amnesty International Ukraine, said: "It is desperate that women, whose lives are already severely affected by trauma and destruction caused by the conflict, find themselves without recourse to assistance and failed by the authorities who have a responsibility to protect them from domestic and sexual violence."

In a similar story of a stepdad attacking and killing their stepchild we had reported earlier, a 3-year-old boy passed away after his stepfather kicked him hard in the stomach. When police arrived at the scene, they found Nikita Soshkin lying on his bed with clenched fists while he was crying and wiping tears off his eyes. According to Mirror, the boy's organs had ruptured after taking the kick and he died of internal bleeding several moments later. The incident is said to have taken place in the village of Presnovka, south-central in July this year. According to the police, Lavrenov attacked Nikita at home after coming back from a drinking session with friends. He kicked the boy multiple times before dragging him to his bedroom. When the boy's 23-year-old mom Nadezhda Soshkina went to check on him eight hours later she discovered his lifeless body. Speaking to a local publication, the mom-of-three said: 'I went to him (Nikita) to wake him up and put him on the potty, but his body was already cold.'' The boy's grandmother Svetlana Lymar alluded that the boy may have been saved if not for the couple's lack of urgency who called emergency services hours after the incident.

A five-year-old girl met her horrific end after her stepfather raped and drowned her in a bathtub after her mum asked him for a divorce.

Aleksandr Pilipenko, 44, was sentenced to life imprisonment onApril 19, 2021, after being found guilty of thehttps://t.co/j7N3SogsSa pic.twitter.com/NApZEBZKTk