The spooky sequel to the 1993 Halloween classic will be directed by Adam Shankman. 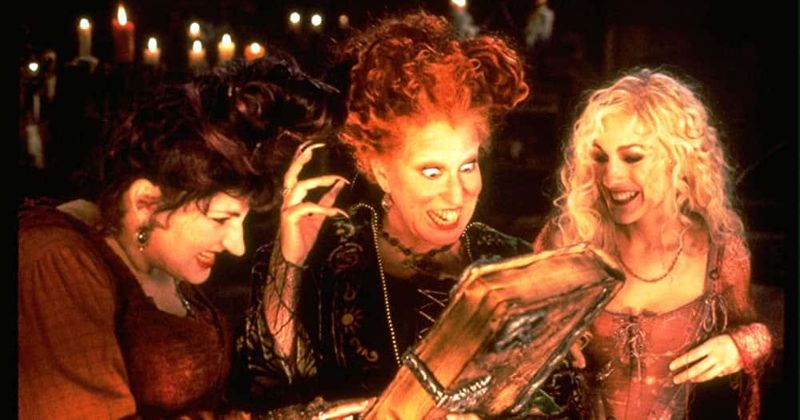 It's officially confirmed! During Disney's Investor Day presentation on Thursday, the studio announced a whole range of films fans can look forward to. And yes, fans of the spooky Sanderson sisters, get this. Hocus Pocus 2 is exclusively coming to Disney+ and will be directed by Adam Shankman. The original 1993 Disney film followed the story of three witches played by Bette Midler, Sarah Jessica Parker, and Kathy Najimy who are resurrected on Halloween. While the film didn't win over critics and disappointed at the box office, it's gathered a massive cult following ever since. Adam Shankman will be directing the sequel of the Halloween classic at Disney+. According to PEOPLE, 55-year-old Shankman has directed other popular films such as the 2007 musical Hairspray, Rock of Ages with Tom Cruise, and 2002’s A Walk to Remember.

Coming exclusively to @DisneyPlus is Hocus Pocus 2, the spooky sequel to the 1993 Halloween classic! @AdamMShankman is set to direct.

We definitely want the original trio of witches to be back and so do the actresses themselves. Last year, during Midler's annual Hulaween celebration in New York City, the actress spoke to Entertainment Tonight and revealed that she's all ready to bring her iconic character back to life, provided Disney comes forth with the proposition. "Oh my goodness me. Oh, I hope they get to me before I’m a corpse," the 75-year-old joked at the time. Midler added, "We wanna fly again. I hope Disney+ is a big success and I hope we get to do it, because [Winifred] is, of course, one of my favorite characters... I can’t wait to read the script. We’re gonna see what happens."

Najimy chimed in as well. "I heard about it online the same time as [everyone else]. But here's the honest answer: Sarah and Bette and I all have a million projects and things that we're into, so I don't know if they're gonna offer us [roles]. I don't know if the worlds are going to collide so that we could all three do it at the same time. But I'm happy that it's happening because the fans are really rabid and they really want it," she added with a smile. "[And] if we're not all available to star in it, I think it would be so great to do a cameo. I think that'd be really fun." Sarah Jessica Parker who played the third Sanderson sister is so appreciative of the love for the film that's lasted even today. "I don’t think any of us who were making it at the time thought Hocus Pocus would have such a long life," Parker told EW. "People tell me all the time they grew up watching it, and that they still watch it. I think it’s wonderful."

More recently Bette Midler revealed that she has an idea of what Hocus Pocus 2 will be like. According to PEOPLE, the Beaches star, 75, had previously confirmed she, Parker, 55, and Najimy, 63, have all agreed to star in the highly anticipated sequel. She's even seen the outline of the story. "They presented us with an outline, and after we picked ourselves up off the floor, because it's been 27 years, we looked at it and I think all of us agreed that it was pretty great," she told PEOPLE.  "We're trying to see who's available and who's still out there and still working and who can come back," Midler said. "Because, a lot of the success of what we did on that picture had to do with the team that was surrounded, had to do with the team that they assembled to make that picture, the people who did the flying and the rigging, the people who did the green screens, the people who did the ... I don't think they called it the green screen in those days. The people who did the hair and makeup, which were all exemplary, the costumers, and the special effects people."

Our favorite witches are in touch, even off-screen. "We do see each other," she says. "We've been in touch for years. Kathy is a very strong feminist presence in the city, and so whenever she needs someone to show her up or to do a video or to testify or do anything like that, she always calls us. I've known Sarah for many, many years, and we have so many of the same friends in common that we do go to dinners and we've been to each other's houses and all that sort of thing. So we know each other. It's New York, everybody knows everybody." It's happening people! Cannot wait!