Hilary Duff Opens Up About Difficulties Of Breastfeeding After Birth Of Third Child: "It's Hard"

She and her husband Matthew Koma, gave birth to a girl child on March 24. 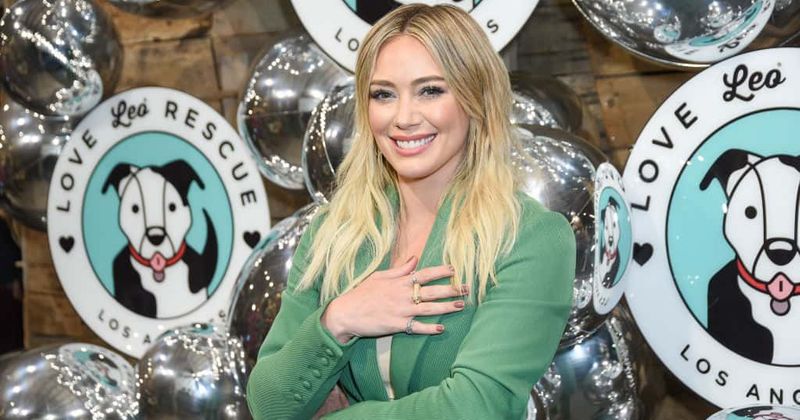 Hillary Duff just gave birth to her third child, a girl she named Mae James, on March 24. And Duff has opened up about her struggle breastfeeding her youngest which she said was "really hard for me." Speaking during the "Informed Pregnancy Podcast" Duff highlighted her fears and anxiety and the decisions she had to make as a result, reports PEOPLE. She has two other kids - Banks Violet, 2 - with husband Matthew Koma, and Luca Cruz, 9 from her ex-husband Mike Comrie. "I'd say it was the easiest with Luca. All of the babies latch really great, I'm just not a huge milk-producer, so it's emotional for me. In fact, this is the first baby that I haven't supplemented with yet, so I've just exclusively been breastfeeding her. I'm going to keep trying that for a couple of weeks," said Duff.

Duff highlighted the pain she felt in devoting all of her attention to the newest born even though she knew her other kids also needed her. "Just still painful and it's hard, and it's even harder having the other two that I know need me so much, and this takes up such a huge portion of the day. It seems like every 20 minutes I'm feeding the baby, and I have to be sitting in one place, and Banks is still not quite old enough to understand, even though she has been amazing with the baby. It's just hard," she added. Duff said further, one of the things that kept her awake at night was if she would be able to "produce enough breastmilk" for her youngest. She explained, "Right now, I don't know that I'm not producing as much as I need, but I think since I haven't in the past."

She added, "I have tons of anxiety that I'm not, and that she's not getting enough, and then I'm in my head, and then I don't feel like enough, and then the spiral continues from there. I'm not even at week three yet, so I need to just sit back and chill and trust that my body is doing the right thing. And she's gaining weight." In a post in 2019 on Instagram, Duff posted an emotional and lengthy message about deciding to stop breastfeeding Violet when she was 6-months old. "I am a working mom of two. My goal was to get my little girl to six months and then decide if I (and her of course) wanted to keep going. Let me tell you. Pumping at work sucks. I had zero down time and am usually pumping in a hair and make up trailer while four hands work to get me ready for the next scene with lots of other people around," she wrote.

Duff added, "Even if I had the luxury to be in my own room, it’s not even considered a “break” because you have to sit upright for the milk to flow into the bottles! Plus you are having your damn nipples tugged at by an aggressive machine that makes an annoying sound, that echoes through your head day and night (I swear that machine and I had many conversations at midnight and 3 am)! Ttttthen having to find someplace to sterilize bottles and keep your milk cold (ok I’m done with that rant lol)! Anyway, I didn’t know this because with Luca I didn’t work until he was about nine months old, so I didn’t pump very often."

She said further, "Your milk supply drastically drops when you stop feeding as often and lose the actual contact and connection with your baby (😞)....With all of this complaining, I want to say I enjoyed (almost) every moment of feeding my daughter...I know many women are not able to and for that I am sympathetic and very grateful that I could. For six wonderful months. But I needed a break. I was going to break."