trending celebrity people lifestyle news animals
'I Would Have Done A Better Job' Than Trump On Handling The Pandemic, Says Hillary Clinton

'I Would Have Done A Better Job' Than Trump On Handling The Pandemic, Says Hillary Clinton

Clinton said Trump knows that Russia helped him win the election and hates it when the legitimacy of his victory is questioned. 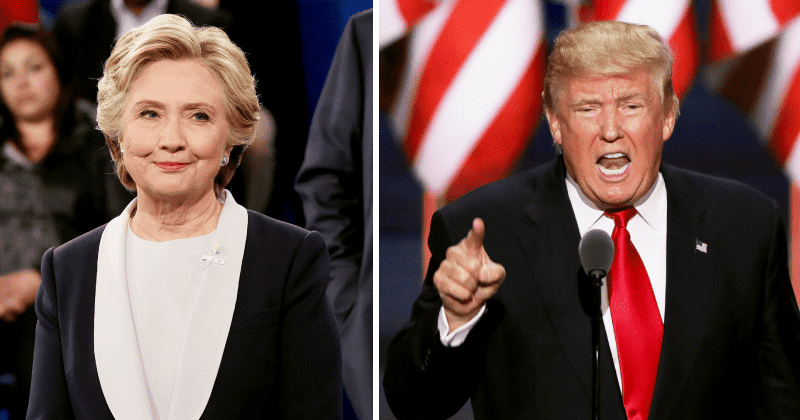 The opportunity cost of not electing Hillary Clinton as President continues to haunt America as Donald Trump nears the end of his four-year term in the White House. The gravity of the decision has been amplified since the outbreak of the Coronavirus in America. The former secretary of state slammed the President's poor handling of the pandemic and claimed that she would have done a much better job, before adding that it was frustrating to sit on the sidelines and watch during the pandemic, reported CNN.

The United States has been reeling from the pandemic that has already cost the lives of 132,000 Americans. More than 2.9 million Coronavirus cases have been confirmed in the United States, more than the next three countries with the highest confirmed cases combined — Brazil (154,341), Russia (667,883), and India (649,889). The pandemic has also caused a financial crisis, making the current unemployment level the highest in decades, according to Fox Business.

Donald Trump and the Republicans have been guilty of playing down the virus, labeling it a hoax, and also pushing to open the economy too soon. The President's disdain for safety measures such as wearing masks has set a poor example to his supporter base, who continuously flout CDC guidelines on containing the spread of the Coronavirus. You can spot all but a handful of masks at Trump's Tulsa rally held last month and it was same at the Independence Day celebrations held at Mount Rushmore, presided by Donald Trump on the eve of the Fourth Of July.

Hillary Clinton spoke to the podcast as part of the promotions of her documentary — Hillary. The four-part series recently won The Critics Choice Association's award for best-limited documentary series. She called Trump a "vindictive score-settler" and stated that Trump knew very well that he won the elections only because the Russians helped him. "Part of what he does in the way he lashes out is because, deep down, he knows the Russians helped him, despite his incredible efforts to deny it. He knows WikiLeaks helped him. He understands all of that," said Clinton. "He's a vindictive score-settler, and he doesn't want the legitimacy of his election ever to be questioned, although history will continue to question it," she added.

Barbra Streisand recently echoed Hillary Clinton's claims that the former secretary of state would have done a better job. Streisand stated that Clinton would not have  "ignored the pandemic plans, cut the CDC, and defunded the World Health Organization."

Barbra Streisand tweeted: Can you imagine how President Hillary Clinton — a Woman with a powerful mind — would have handled this pandemic? Being a mother and grandmother, she would’ve instinctively taken care of the public health of the people of the United States.

Such a pity that this man who wasn’t elected by a majority of the people holds our lives in his very small hands.

This follows Facebook's confirmation that it would not fact-check political advertisements or other statements made by politicians on its platform. Joseph Goebbels, Reich Minister of Propaganda of Nazi Germany, would certainly have approved of Facebook's company policy.