trending celebrity people lifestyle news animals
High School Teacher Had Sex With Student Around 8 Times At Her Home, Her Child Was In Same House

High School Teacher Had Sex With Student Around 8 Times At Her Home, Her Child Was In Same House

Ellarea Silva, a science teacher at the Northwestern Middle School, Lousiana started to interact with the 15-year-old over the school email but soon shifted to their personal emails. She would send him provocative videos and pictures and would even pick him up from his house. 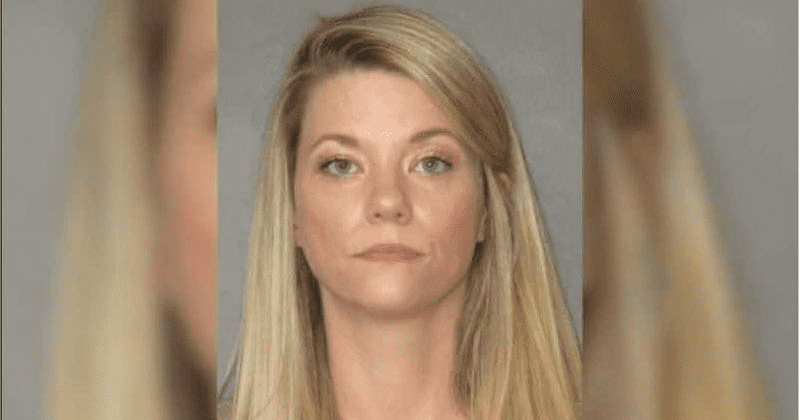 A high school teacher in Lousiana had sex with her 15-year-old student at least around 8 to 9 times at her home, even when her child was inside the house. Ellarea Silva, a science teacher at the Northwestern Middle School in Zachary is 34 years old. The two started emailing each other over the school's mail system but soon shifted their chats to their personal email addresses. Their chats soon turned sexual with Silva sending the boy nude pictures and videos of herself. Her face was covered in all of these because she feared being identified.

Northwestern middle school teacher Ellarea Silva is behind bars. Authorities say the 34-year-old is accused of having sex with a 15-year-old student.https://t.co/4OnI3csjui pic.twitter.com/tZzfDYJ9GY

Soon she told the boy she wanted to have sex with him and the relationship turned physical. The adult would pick up the boy in her car from his home and the two would then drive to Silva's house where they engaged in intercourse. One time, Silva even gave the boy vape that contained THC, the chemical compound in marijuana. The minor said he wanted to make their relationship public but Silva asked him to not do so as it would jeopardize her career and the relationship with her family. The matter did not stay hidden too long and in January the school authorities found out and placed her on leave on January 24 in a letter sent to parents.

Soon after, a joint investigation was launched by the police the offices of the East Baton Rouge Parish Sheriff and the Zachary Police Department. The police were however accused of keeping the matter hushed up by Zachary Councilman for District 5 Lael Montgomery. Silva surrendered herself to the cops not long after the matter became public. Scott Devillier, Zachary Schools Superintendent came to the police's defense and released a statement, "The Zachary Police Department and the East Baton Rouge Parish Sheriff's Office have been handling this investigation. Immediately, when it was brought to our attention, we reported it to law enforcement and placed the employee on administrative leave," Daily Mail reports.

He added, "No one is covering up anything, nor sweeping anything under the rug. We are following the law and I am unable to comment beyond this information." The Zachary Police department said in their own statement, "At the conclusion of this investigation, a warrant was drafted for the arrest of Northwestern Middle School teacher, Ella Silva," A report in WAFB9 highlighted that Silva is being charged with one count of indecent behavior with a juvenile and felony carnal knowledge of a juvenile as well as two counts of contributing to the delinquency of a juvenile. She might also face additional charges later. A bond amount of $225,000 has been set for her release.

Teachers are more dangerous than priests...

In the letter to parents, Devillier told parents about the school's inability to make all details about the matter public owing to the ongoing investigation and due to certain local and federal laws. At the same time, the school also asked parents to come forward and tell them about any suspicious interactions with Silva. The police have also asked parents the same and report any such interactions that may have taken place. They have asked parents to contact  them at 225-654-9393 "if they believe their child was victimized."