Walmart gifted $50,000 to North Charleston High School after finding out about the principal working in one of their stores. 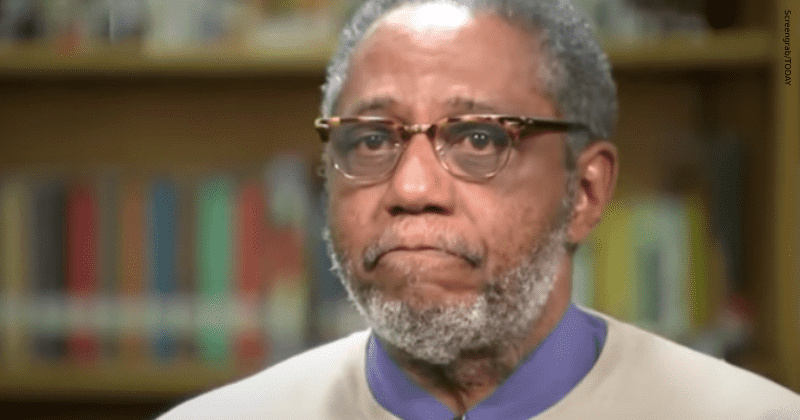 A South Carolina high school principal took up a second job to help some of his students get by during these tough times. Henry Darby, principal at North Charleston High School has been working part-time at Walmart so he can use the paycheck to help his students pay their bills or put a roof over their heads. "A couple of years ago, I had two students, who were females, sleeping under the bridge. There was another situation where a former student of mine and her daughter were sleeping in their car, and another situation where a former student needed funds for her water and light bills," said Darby, reported ABC11. With media coverage, people have been donating to Darby, so he could take care of his community better.

Darby started working three nights a week at Walmart, stocking shelves from 10 p.m. to 7 a.m. Darby felt it was the right thing to do. "I was taught if your hands find something to do, do it. So I came to myself and said, 'Perhaps I need another job in terms of part-time,'" said Darby. One of his students ran into him on the very first day he took up the job. "Someone yelled, 'Hey Mr. Darby, you're working for Walmart? Aren't you the principal?' And it blew me out of the water, so at that time, I said, 'That's it, I'll just do what I need," said the principal. His students have nothing but kind words to say about their principal with one saying that he's always there for his students.

What Henry Darby is doing at N. Charleston is incredible, he’s getting much deserved spotlight all week- both locally w/@abcnews4dean & nationally. I urge you to listen to Henry, joining us on our HS Hoops broadcast last year. We were blown away by his accomplishments at NCHS. https://t.co/WZk7YgnIJE pic.twitter.com/AmJJo3470J

When Darby took up the job at Walmart, he decided against telling his manager that he worked as a principal during the day. The store manager didn't know about it until the media coverage but she knew he was different. “Even before we knew, there was something special about him,” store manager Cynthia Solomon told TODAY. “I would be so happy to have Mr. Darby for as long as he will have us as a part of his family and beyond.”

“I am an optimist. But I'm also a determinist. I know that it is going to get better...I know that my students will not always be in poverty. I know that because that's what we are. America makes it better for everybody.” - Principal Henry Darby https://t.co/NkdQlXSkdD

Roughly 90 percent of the student body at North Charleston lives below the poverty line and the pandemic has only made it worse for the community. Darby is surprised by the attention his selfless act has generated. "The attention, I'm not used to it," he said. "I don't think that I've done anything worthy of distinction or to warrant the attention," said Darby, reported NBC News. Local businesses and people from outside of town are now offering financial assistance to help Darby. His efforts have inspired donations in excess of $100,000 from all over the country. With increased media attention, his second employer, Walmart, has also chipped in with $50,000 to North Charleston High School.

Why does this happen in a country where billionaires barter 8-figure condos and yachts? https://t.co/KGZpHIDros

While Darby's feat is commendable, you have to wonder what kind of system pushes teachers to take second jobs to help their students. Despite rising costs, America has failed to raise the minimum wage in more than 10 years, increasing the income inequality gap between the rich and the poor. The income inequality was further widened during the pandemic with the world's richest people making a killing during one of the worst financial crises in American history.

One thing I can't stop thinking about is how the pandemic could have been a chance to reimagine so much. Education, housing, tech. But instead powerful people crushed us to keep things the same at all costs.

It was Darby's mother who taught him the importance of giving back. "Not only did I have to help others, but I also had to help others without charging them anything," said the principal. "From washing windows to visiting old folk's homes to cutting grass. I was not allowed to charge, I had to just give back to my community." Darby is now hoping his students will pay it forward someday and help others.

I couldn’t wait one more day to have this meeting, to say thank you on behalf of a grateful nation, to educators for their heroic commitment to students during this pandemic.

You’ve been so strong; and we will be strong in our support for you. pic.twitter.com/wtxJkoBNwJ

First Lady Jill Biden has thanked teachers for all that they have done during the crisis. “I've been so inspired by so many of you who have gone above and beyond to meet your students, where they are, in this past year,” said Jill Biden, reported Today. “Teaching late nights because your students don't have access to computers until somebody in their family, who's finished using the computer, can give it to them; driving hot spots to neighborhoods without Wi-Fi; taking tearful calls from parents who felt like they just could not juggle at all; supporting parents, distributing food, doing everything that you can to support students’ mental health. And educators, you've done it all, while taking care of your own families and facing your own challenges."